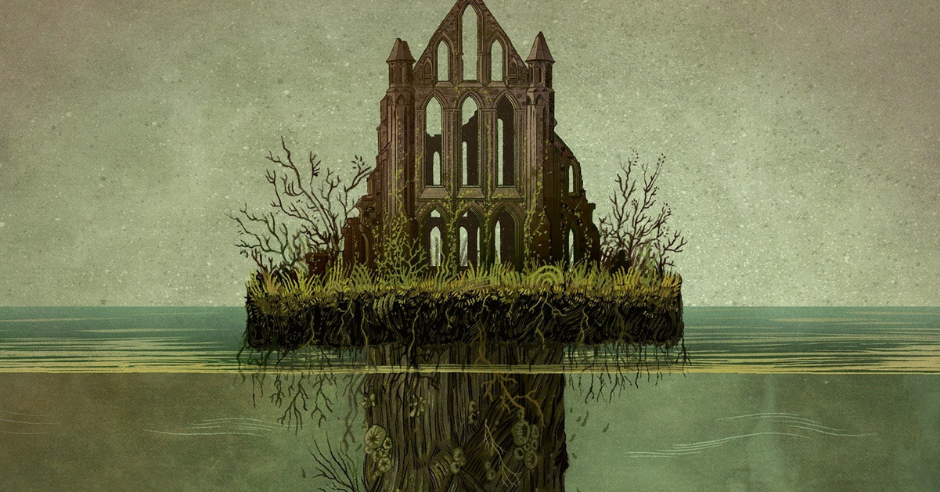 The Hallow Wood Asks Nothing and Gives Nothing 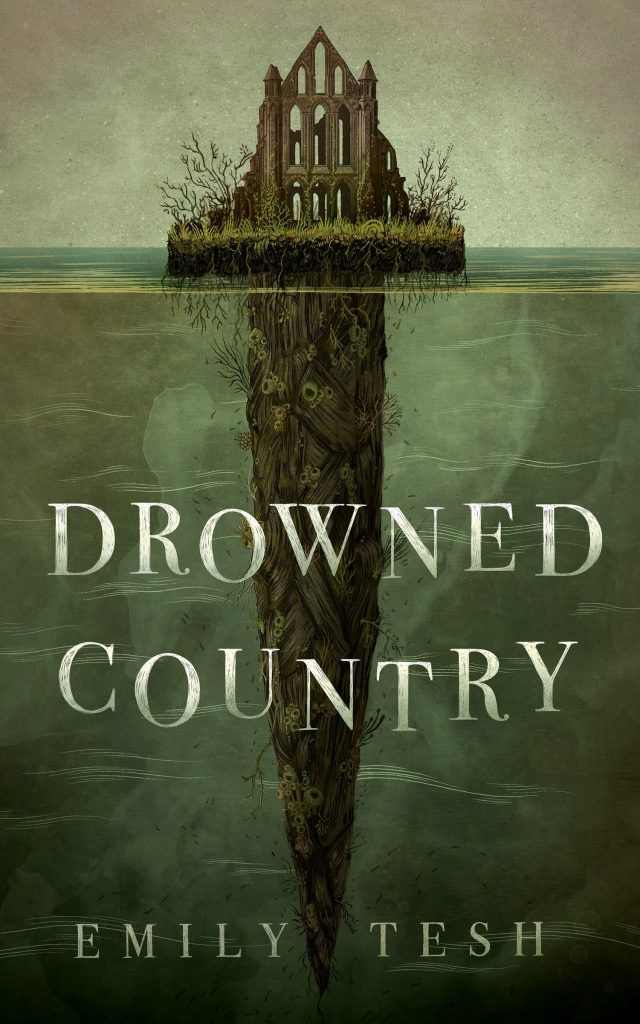 If Tobias answered, Silver did not hear it. A moment later he shook his head hard. The Hallow Wood asked nothing and offered nothing; it only was―

Drowned Country is the the stunning sequel to Silver in the Wood, Emily Tesh’s lush, folkloric debut. This second volume of the Greenhollow duology once again invites readers to lose themselves in the story of Henry and Tobias, and the magic of a myth they’ve always known.

Even the Wild Man of Greenhollow can’t ignore a summons from his mother, when that mother is the indomitable Adela Silver, practical folklorist. Henry Silver does not relish what he’ll find in the grimy seaside town of Rothport, where once the ancient wood extended before it was drowned beneath the sea―a missing girl, a monster on the loose, or, worst of all, Tobias Finch, who loves him.

Last year I reviewed one of the most atmospheric books I had ever read—Silver in the Wood by Emily Tesh. It was whimsical, verdant, and dark. When I think about it a year later, I still get the mental picture of a deep lustrous forest with secrets to keep. Silver in the Wood was the first book in the Greenhollow Duology. The second, Drowned Country, is as good as the first one, although the tone is slightly different.

Drowned Country brings us many of the characters from the first story, specifically of the two male leads of Tobias and Silver. Where Silver in the Wood was very much Tobias’s story to tell, Drowned Country is Silvers. It has been two years since the first novel has taken place. While in the first story, the setting of the deep dark woods was a character as much as Tobias was. Now in Drowned Forest, the temperament of the story has changed to much more character-driven narrative.

Silver has a difficult time finding his footing as the new wild man of the forest. He is sulky, petulant, and bored. Tobias has taken to working with Silver’s mother, the aging monster hunter Adela Silver. Adela asks Silver to come to help her with her newest monster problem. There is a 900-year-old vampire afoot and a missing ingenue that needs rescuing. Silver is bored and wants to get back some of the excitement that he had when he was not the wild man. Thus starts their adventure. Things certainly do not pan out as we think they will.

Most of the story is the tension between Silver and Tobias. There is a certain charm between the two of them, a lightness that comes off easily and is a testament to how good Tesh’s writing is. Their relationship had an effortless quality to it. I spent much of the book wishing they would work things out. The background story of elves and Maud is less important than their relationship. It is what they were doing at the time, but it is not all-encompassing.

The small detractor I found with this novel is that I wished it was longer, and the plot felt more important. I wanted it fleshed out. It had some pretty vague points that lost me as a reader. And, because of its vagueness, it lost some of the atmospheric quality. I couldn’t picture it as well as her first book, Silver in the Wood.

In the end, Tesh did a great job with this book. It is a fine ending or beginning depending on how you look at it to this Duology. I loved the romance between the two of them; there is a slow burn quality to it that is almost steamy. This book gave me some warm fuzzies.

I am sad that the series is over, but in many ways, the journey of Silver and Tobias is just beginning.