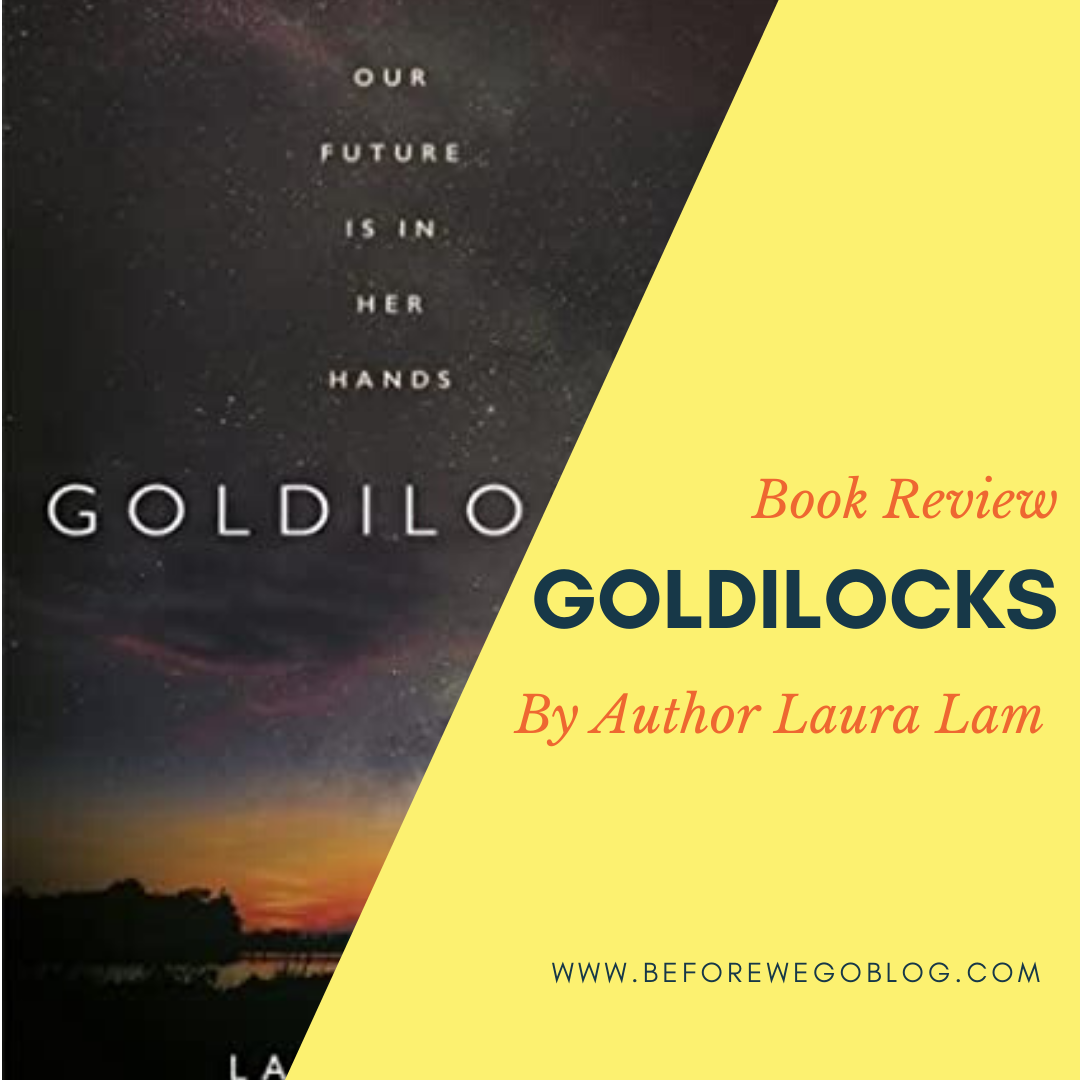 A Story of Strength and Perseverance in Goldilocks by Laura Lam 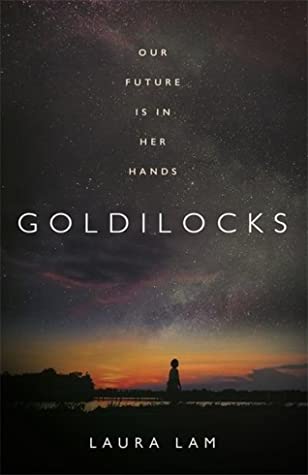 Floating out there was a little like standing at the shore… ―

The Earth is in environmental collapse. The future of humanity hangs in the balance. But a team of women are preparing to save it. Even if they’ll need to steal a spaceship to do it.

Despite increasing restrictions on the freedoms of women on Earth, Valerie Black is spearheading the first all-female mission to a planet in the Goldilocks Zone, where conditions are just right for human habitation.

The team is humanity’s last hope for survival, and Valerie has gathered the best women for the mission: an ace pilot who is one of the only astronauts ever to have gone to Mars; a brilliant engineer tasked with keeping the ship fully operational; and an experienced doctor to keep the crew alive. And then there’s Naomi Lovelace, Valerie’s surrogate daughter and the ship’s botanist, who has been waiting her whole life for an opportunity to step out of Valerie’s shadow and make a difference.

The problem is that they’re not the authorized crew, even if Valerie was the one to fully plan the voyage. When their mission is stolen from them, they steal the ship bound for the new planet.

But when things start going wrong on board, Naomi begins to suspect that someone is concealing a terrible secret — and realizes time for life on Earth may be running out faster than they feared . . .

Goldilocks is a bold and thought-provoking new thriller for readers of The Martian and The Handmaid’s Tale.

Goldilocks by Laura Lam is not your typical science fiction story. Lam has combined political unrest and women’s rights with a desperate need to explore and save the Earth.

Because in Lam’s story, the Earth has only about thirty years left.

In the not so distant future, humanity has all but destroyed the planet. We have the world on life support, but water is disappearing, the air is unsafe to breathe unmasked, and the animals are gone. All we have as a species is technology, human ingenuity, and the desperate need to survive. This is a promising start to a story. So much of that rings true for humanity right now. We are hurling ourselves down a path of environmental destruction that we might not be able to come back from. I understood this and empathized with this part of the plot. Lam Partnered the imminent ecological catastrophe with the degradation of women’s rights; women have been relegated to a secondary position. Never as good as their male counterparts. However, this is where the plot became a bit messy for me.

Floating out there was like standing at the shore, looking out to the sea, beautiful but cruel. ―

Women’s rights in science fiction and dystopic fiction are at the forefront of many stories. The Handmaids Tale, the me-too movement, and many new books have come out in the last few years that have had different angles on how to approach women’s rights. Most of the stories had a hook, a reason why women were considered inferior whether it was religious patriarchy, inferiority due to menstruation, or the religation for women to become breeders for the good of humanity. Goldilock’s hook was not clear to me. Women were considered inferior, looked over for promotions, and passed over for education. They needed to be twice as smart and twice as bold, as in the case of Valerie, to get anything done. But I was not sure if this was an extension of already existing conditions for women, or if there was some plot nuance I had missed early on. I couldn’t engage fully with this exciting story because, for much of it, I couldn’t figure out what had got humanity to the state it was in.

The story starts with five women, all who had been relegated to the sidelines, decide to steal the ship, Atalanta. This ship is slated to travel to a possible new home for Earth’s inhabitants. A planet that exists in the Goldilocks zone, hence the title. The story is told from the perspective of Naomi Lovelace, a nice nod to Ada Lovelace, the ship’s botanist. Naomi is brilliant but overshadowed by her fiercely driven adopted mother, Valerie. Valerie is the ship’s captain. Much of the meat of the story is the dynamic between Valerie and Naomi. We are treated to flashbacks every few chapters by Naomi as she experiences monumental moments in her life. These moments help set her on the path that she is, stealing the Atalanta.

Along with Naomi and Valerie, the crew is made up of Lebedeva, a Russian ex-pat in charge of engineering. Hixon and Hart who are married, and in charge of Pilot and medical, respectively. They are all brilliant thinkers, top of their field, but the “why” still eluded me. Why did these women steal this ship? Later we come to find out that there are five men in cryostasis on-board. I was never sure why they were there. But they were five men who were leaders, mentors, shipmates, and in one case husband to the five women at some point in their careers. Why were these men considered inferior, especially considering the close relationships these men had with the women astronauts?

Aside from the head-scratching “why” I experienced much in the beginning of the book, I enjoyed the banter, characterizations, and pacing of the story. Goldilocks is a quick-moving story, and if you can get past the back-story holes, it is very engaging. This is doubly true as it picked up near the end of the plot. In the end, everything came together. We understood the characters for who they were, why they were doing what they did, and what could happen in the future.

For readers, I would characterize this story as more about relationships between family members than about the science fiction aspects itself. The story takes place in space, and the crew are scientists, but Goldilocks is about women’s rights and motivations, and politics. Granted, the crew had things happen to the ship that they had to solve as a crew; most of these issues were caused by the men who put the space shuttle together, and that was interesting. But again, it was more about how each character approached the problem versus the science itself.

All in all, Goldilocks is an engaging story that tackles some tough questions about women’s rights, all within the overarching story of climate change.

I received a copy of this from Netgalley in exchange for my open and honest review. 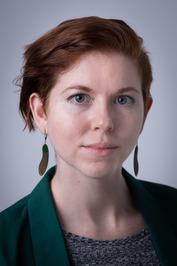 Laura Lam was born in the late eighties and raised near San Francisco, California, by two former Haight-Ashbury hippies.

After studying literature and creative writing at university, she relocated to Scotland to be with the partner she met online when they were teenagers and he insulted her taste in books and she insulted his right back. She is now a dual citizen, but at times she misses the sunshine.

While working a variety of jobs, she began writing. Pantomime, the first book in the award winning Micah Grey series, was released in 2013. Robin Hobb says “Pantomime by Laura Lam took me into a detailed and exotic world, peopled by characters that I’d love to be friends with . . . and some I’d never want to cross paths with.” The rest of the series is Shadowplay, Masquerade, and the Vestigial Tales.

Her near future cyberpunk thrillers include False Hearts and Shattered Minds. Her short work has appeared in Scotland in Space, Nasty Women, Solaris Rising 3, Cranky Ladies of History, and more. She also writes f/f romance as Laura Ambrose.

Her 2020 releases include Goldilocks, about the first all-female mission to an exosolar planet, and Seven Devils, co-written with Elizabeth May, which is about a group of women smashing a patriarchal evil empire in space.