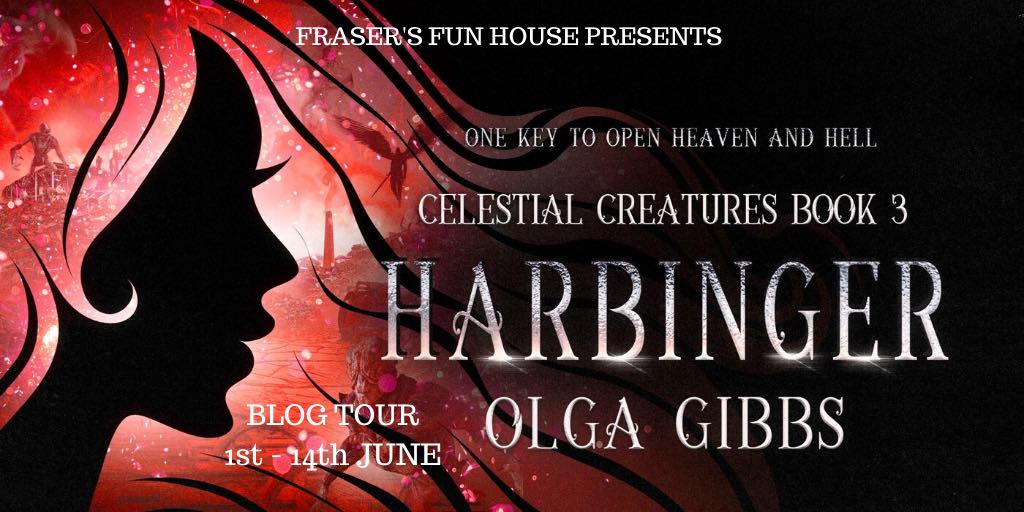 Another Amazing Installment in the Celestial Creatures Series

I am Uriel: The Harbinger of Chaos, The Keeper of the Gates, The Begetter of Life, The Dam of The Ends, and I’m coming to take what is mine!―

The clash with Baza and his angels had demonstrated to Ariel that Earth (Apkallu) is not the safe heaven she hoped it would be, and it is only a matter of time before she is hunted and dead.

The only way to survive is to accept her destiny and to fight back.

But upon her return to Uras, Ariel is rejected in her own domain and has to suppress the revolt against her reign. The angels refuse her and her lead, abandoning her and Uras in favour of another ruler.

She knows that without an army of followers she won’t stand a chance against Baza or Mik’hael, so now she needs to go into the most unexpected places to find it.

I huff and roll my eyes at the sight in front of me. Here we are. Shit and the fan are right on time.

A large crowd of warrior angels, sealed in shiny white armour are jammed into a tight space of the corridor, with at least forty or fifty standing ahead of us.

The wings of the angels are pastel, pale in colour. I spot a few pastel blue wings, a few powdery grey, lightest peach or lilac. Not a single angel could flaunt the pure white wings of Sam or the crow-black wings of Baza, or the shimmery purple of me and Rafe.

It’s hard to tell, looking at this tightly crammed crowd, if any of them has four wings, but it’s clear that their wings are much smaller than mine or Rafe’s.

They stand shoulder to shoulder in a solid, breathing mass, taking up the entire space of the corridor, from wall to wall and from the ground upwards, rising into the open air like a frozen mid fall tsunami wave.

The angels at the back are floating high in the air with a further row of them in front of them floating slightly lower, and the row in front of those floating lower still, until the ones at the forefront stand on the ground.

Their formation is of a church choir settled on bleachers, and I briefly wonder if they are here to welcome me, Uriel, home with open arms and a heartfelt performance of “Ode to Joy”, or some other glorifying performance. But if they were here to greet me back with open arms, they wouldn’t have their swords of white, rippling fire out of the scabbards and raised. They are not here to greet their new ruler.

What the crowd have in common is the colour of the tunics underneath their white sparkling armours. The different shades of blue, from dark navy to pale, turquoise blue and covered in silver intricate heavy embroidery, poke from under the breastplates. The trousers of the shades of blue are encasing their legs.

Although all angels wear silvery-white armour, some have only breastplates shielding their chests, while others are sealed tighter, sporting pauldrons, vambraces and even gauntlets.

The angels long hair stream down their backs, floating softly in the breeze. Only a few angels have their hair plaited, and one of them is Chamuel.

Chamuel stands at the forefront of this “blue clad” regiment. His silvery-grey hair is cut short at the top, while at the back it is long, plaited into a thick and intricate plait, resting over his left shoulder, with a string of white glistening pearls weaved into it.

“You have returned”, he calls, raising his bushy grey eyebrow at me, bowing slightly, but the smirk that is dusted over his lips is anything but respectful.

He speaks in a weird gurgling language, but my mind processes it with ease, and when my attitude barks the response in English, the angel understands it too, unflustered.

“Weren’t you expecting me”, I open my eyes at him with feigned surprise, as I pull my lips to form a small “o”.

“Oh no. I hope I didn’t ruin your seating arrangements for the dinner.”

I take a step forward, standing shoulder to shoulder with Rafe. I want to ask him about the language translation but I know that now is not the time.

Chamuel’s sharp blue eyes dance between me and Rafe, lingering for a few long seconds on Jess’ body in Rafe’s arms.

“Wardums are not allowed in our sacred place”, Chamuel remarks, nonchalant.

“Don’t call her that”, Rafe growls low in response. Although his growl is quiet, it’s menacing enough for a couple of angels behind Chamuel to flinch, fighting with their feet, wanting to take a step back.

I don’t know the word Chamuel just said, but it’s clear that it was an insult.

He takes a few steps towards us, away from his soldiers, unfazed and confident. He is not afraid of us.

“Traitors that made a deal with The Endless Harvester may never enter the great halls of Uras”, Chamuel calls, raising his left arm above his head. His deep voice booms and amplifies, rising like cathedral music in a church. Although he addresses me and Rafe, I can hear the call of righteous indignation to his followers.

I settle, preparing for his long rousing speech to the masses, when he snaps his gaze to me, while his right hand travels to the armour belt around his waist, housing a selection of weapons, settling on the hilt of his sword. His glare is silent, but his message is clear.

“The deal that you, without a doubt, have made with Baza”, he continues.

Then dropping his voice lower so only I and Rafe can hear him, he adds, “as there’s no way, you’d still be alive.”

But he ignores my remark.

“No traitor ever should be allowed in Uras”, he bawls in his strong commanding voice, turning away from me to address his troops. “We should not soil the Grand halls of the Daughter of An’s residence with presence of Baalzebu’s followers. We should protect the purity of Uriel’s teachings. We should stand strong in the face of this temptation”, he yells, throwing his accusing finger at us, “and coercion that Baalzebu’s horde may bestow upon us. We should be advertent to his dark games and preaching. We should be watchful of his disguises and we should be wary of these willing traitors.”

He looks at me and Rafe over his shoulder and a fleeting smile tugs at the corner of his lips, before he turns away.

“The traitors of Uriel’s teachings should be banished from this sacred place and must never enter these divine halls”, he roars, throwing his head up to the blue sky above. His voice bounces off the walls, met by the humming, approving roar of the angels around him. The noise seems to vibrate deep inside their chests, rising upwards.

But I’ve had enough of this show.

“Traitors?” I ask, shaking my head and taking a step forward.

Chamuel spins to face me and angels around him fall silent.

The hysteria and anger set in. I meet the calculating gaze of Chamuel’s icy eyes. There’s no fear or doubt in them.

“You’re calling me a traitor?” I roar and my wings fly open.

I take another step forward.

This performance clearly was orchestrated with clear purpose and precision. This public rousing accusation is a brief court hearing, which will leave no doubt in anyone’s mind how guilty we are, and when the time comes and followers will be called upon, we will be executed without a second thought.

“You? Of all people. You’re calling me a traitor?”

The hysteric shrill of my voice is accompanied by a low grumbling vibration to the floor.

A few angels on the ground exchange glances, dropping their gazes to the moving floor underneath their feet.

“That’s rich coming from you”, I bark at Chamuel.

At this point, I am only an arm’s length away from him.

My wings stand rigid behind my back. Maybe in response to the opening of my wings or maybe answering my words, but Chamuel’s four blue wings, open wide around him too.

His hand strokes the hilt of his weapon in a warning.

“What?” I laugh bitterly. “Are you going to kill me? Kill Uriel? Right here? In front of everyone? No more hiding, huh?”

“Someone feels bold today, bold enough to progress his conspiracies from backstabbing and scheming to open confrontation”, I hiss and then bitterly laugh.

“I don’t need approval to execute the traitor and Baza’s votary in order to save Uriel’s legacy and Uras, from marking it by the dirty apostate”, he grumbles low.

His hateful eyes are on me.

“You are full of shit”, I bite out. “Making things up as you go along. What’s in it for you? Take Uras for yourself? Find a better “beyelai””, I mimic Chamuel’s bowing from last time, by placing my four fingers to my forehead and bowing at him.

“I don’t need proof”, he hisses at me. “They will believe me because they trust me. They’ll follow me and that’s more than I can say about you. You always will be a lowly human to them. You’ll never be Uriel to them, no matter how many times you proclaim that you are her.”

Irritated, I push the hair from out of my eyes.

Only now I’ve noticed my hair whipping around my face, as a strong wind gushes through the halls of Uras.

I lift my head up and see that the bright summer-blue sky above has turned thundery grey, ominous and pregnant with promise.

Chamuel and a few angels lift their heads upwards, following my gaze.

“Waiting for something?” he asks.

Olga Gibbs lives in a leafy-green town, nestled amongst the green fields of West Sussex, England. She was writing from the age of fifteen, mainly short stories and novellas and was a guest columnist for a local newspaper. When she is not dreaming up new adventures for her imaginary friends, she does outreach work with teenagers.

She is currently writing the final books in the “Celestial creatures” series and another stand-alone psychological crime thriller.

10 books with a Lead Character like Brienne of Tarth

Interview – David H. Reiss, Author of The Chronicles of Fid