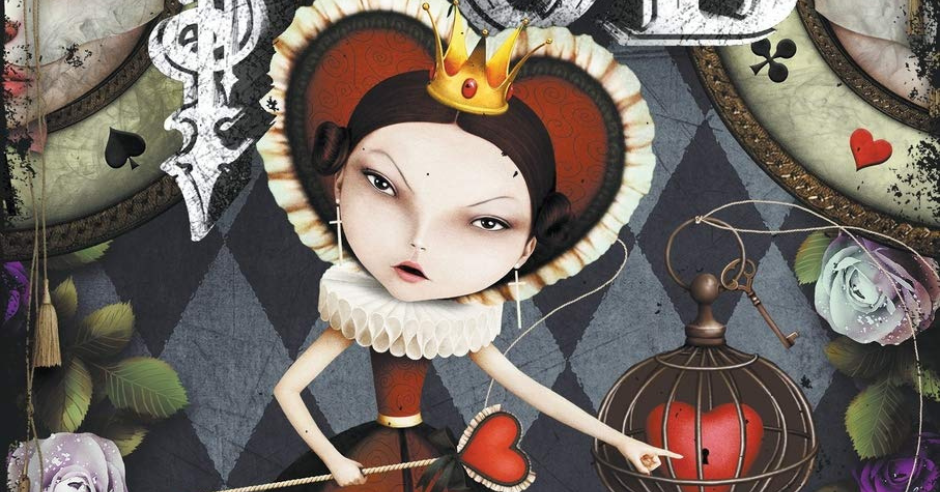 “In the last room before we came to another open hallway, there was a goose. Bones littered the floor of the goose room. Even the golem gave it a wide berth as it softly honked in warning at us. “What’s with the goose?” Cord asked. The golem shrugged. “He was already here. No one wants to fuck with him.”

Grimdark fans, you won’t want to miss this one! Today I have the distinct honour of speaking to one of the top Grimdark authors on the fantasy scene today, the many-times decorated writer, Clayton Snyder!

Clayton’s numerous currently published works include: River of Thieves; Child of Nod; Demons Ink; The Obsidian Palm; Thieves’ War; Queen of Nod; The Infernal Machine; Cold West; The Lot; The Forest; Remnants; Red in Thought and Deed; Goddess of Nod; Dark Ends and Grifty Shades of Fey: Cautionary Tales Uncovering the Dark Side of the Fair Folk (his stories featured in these anthologies with other authors).

P.L.: Such a privilege to be able to interview you, Clayton! Welcome to Six Elementals Interviews!

You are one of the more lauded authors in your sub-genre. You are a three-time Self-Published Fantasy Blog Off (SPFBO) Semifinalist. You are an SPFBO 7 Finalist for the 2021-2022 contest. You are a Washington Science Fiction Association (WSFA) & 2-time Reddit Stabby Award Nominee, a Booknest Longlist mention, and a Grimmy Award Winner. When you first started writing, could you envision how many accolades you have accumulated today, how many awards and nominations you would have received for your work? How does all the hardware make you feel?

Clayton: I never really expected to win anything, and if the nominations are any indication, I still haven’t. Still, it’s a little surreal. I don’t set out for nominations or awards, just to tell a story. Maybe a little differently than you’ve seen it before, maybe a little darker, but that’s about it. The accolades just seem to be happy accidents.

P.L.: The first story I read from you was Savages, which I understand later became the foundation for your SPFBO7 semi-finalist entry Demons Ink. It felt like a mash up between dark fantasy and a crime noir classic, and is extremely well-done. It’s dark, but of course, predominantly that’s what you write, grimdark. What inspires you to write dark fantasy, as opposed to any other sort of sub-genre, or genre?

Clayton: I wanted to write about the stuff not everyone talks about. There are plenty of stories where the end is a foregone conclusion- the protag gets the guy/girl, the great evil is defeated, and everyone goes back to their chummy little lives under the monarchy. I wanted to talk about the stuff in the corners, the stuff we sweep under the rug: trauma, the lies we tell ourselves, the fact that not every hero is a perfect schmo with chiseled abs, a cleft chin, and great hair. Primarily because life is messy. I get the need for escapism, but I also think there’s a need to stare the ugly stuff in the eye and get to know it.

P.L.: What do you think are the ingredients to make a great book? What does Clayton Snyder consider when crafting your own books, many of which have gone on to be considered for awards?

Clayton: I don’t know that I consider anything other than the story. If there’s a theme there, it’s something I try to pull out in later drafts. As for a great book? Interesting prose, meaningful themes, banter, and a story that leaves me changed from when I picked that story up.

P.L.: Of all your many works, which is your favorite, and why?

Clayton: Probably Demons Ink because it’s the first time I completed a whole narrative without sidetracking/doing something weird. Conversely, The Obsidian Psalm because all those things I just mentioned got dumped by the wayside so I could do the oddest thing possible.

P.L.: Who are some of your favourite authors? What are you currently reading? Any book recommendations?

Clayton: Favorite authors: Anna Smith Spark, Michael R Fletcher, Krystle Matar, Michael McClung, Mike Shel—we could be here all day at this rate. I’m currently reading Charlie Stross’ The Laundry Files, which is kind of an urban fantasy by way of a sysadmin sucked into the world of Lovecraft. Recommendations? Anyone I mentioned above.

P.L.: You are considered by many to be a star in the self-publishing world. The self-publishing landscape is also changing, and it is becoming a more reputable and more lucrative means for many authors to get their work to their readers. Yet traditional publishing remains for many the preferred way to be an author. Regardless of all your success being self-published, and the industry changing whereby self-publishing is more viable than ever before, would you ever consider being traditionally published?

Clayton: I’m a star? My mom would be so proud. Uh, what was the question? Oh. Yes, I’m a fan of both avenues, and this year I’m querying via a couple of traditional publishing avenues.

P.L.: Clayton, it has been an honour to speak to you for Six Elementals Interviews! Thank you so much!

Thank you, Paul! I really appreciate you taking the time to do this!