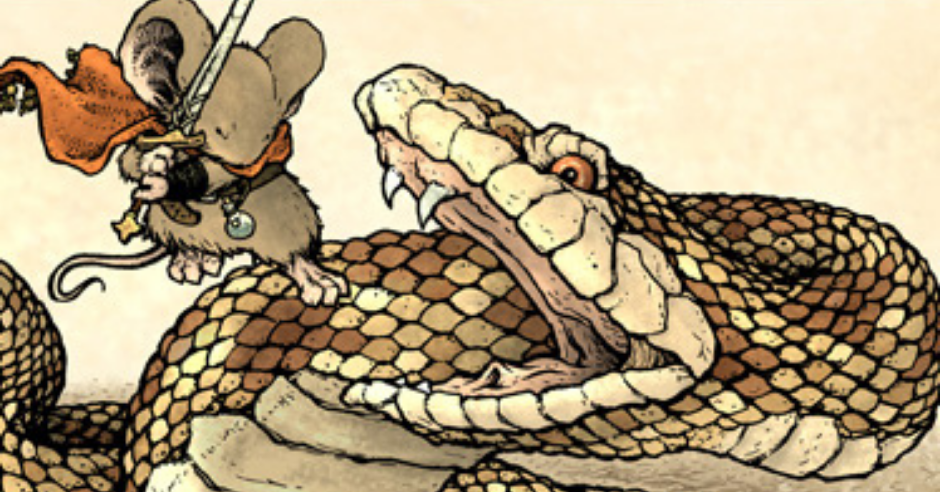 Review – You Should Play Mouse Guard by David Petersen

By Ryan HowseDecember 10, 2020No Comments

If you’re looking for a shorter, simpler game that still has the classic feel of Burning Wheel, if you’d like to play a game where you are inherently the lowest part of the food chain, if you’d just like to be a mouse, I recommend Mouse Guard highly. ”

Based on the award-winning Mouse Guard comic book and graphic novel series by David Petersen, this pen-and-paper traditional RPG designed by Luke Crane contains everything players need to know about the world of the Guard including rules for forming patrols and heading up missions into the Territories. Features artwork and extensive background material from series creator David Petersen.

The first of these articles I wrote was for Burning Wheel, which remains my favorite tabletop RPG of all time. But it is a huge commitment, designed for long-term play, and quite complicated.

Mouse Guard was also designed by Luke Crane of Burning Wheel, inspired by the Mouse Guard comics of David Peterson. Both the comics and the RPG follow the eponymous Mouse Guard, a group of armed, knight-like mice who try to defend their homes from various woodland predators, make sure there’s enough food for winter, and keep the roads safe.

Many RPGs tend towards being a power fantasy, where your elf wizard or space marine psychic can tear apart fundamental aspects of reality to destroy their enemies. That has a place, don’t get me wrong, but it’s absolutely a ton of fun to do the exact opposite and play as some of the weakest beings around, trying to face down predators who are far more lethal.

While you’re absolutely playing as defenders of the land, and people who are trained to deal with these situations, the fact that you are always outmatched gives an air of horror to the gameplay.

Your character can start as a young upstart, called a ‘tenderpaw’ if another player will be their mentor. They can be a Guard Mouse or a Patrol Guard for more capable but older mice. Only one player should take the role of Patrol Captain.

Just like in Burning Wheel, you roll only d6s. Those d6s are based on your skill in whatever area you’re attempting. If you’re trying to forage for food, look at your foraging. Roll the number of dice you have. A 4 or higher counts as a success, while a 3 or less is a failure.

Mice all start with a Nature score of 7. The closer to 1, the more human-like your mouse is. The closer to 7, the more animalistic. Just like Burning Wheel has Steel questions during character creation, Mouse Guard has Nature questions that can affect your starting Nature.

Burning Wheel had three very elaborate subsystems—Duel of Wits, Fight! and Range and Cover. Mouse Guard just has Fight! and it’s much simpler, with only four options to choose from instead of the dozen+ in Burning Wheel. Your options are attack, defend, feint, and maneuver. Just like in Burning Wheel, the actions happen simultaneously, and they interact differently with each other, so there’s a hint of rock-scissor-paper to it.

If you’re looking for a shorter, simpler game that still has the classic feel of Burning Wheel, if you’d like to play a game where you are inherently the lowest part of the food chain, if you’d just like to be a mouse, I recommend Mouse Guard highly.

Review: The Ballad of Never After by Stephanie Garber