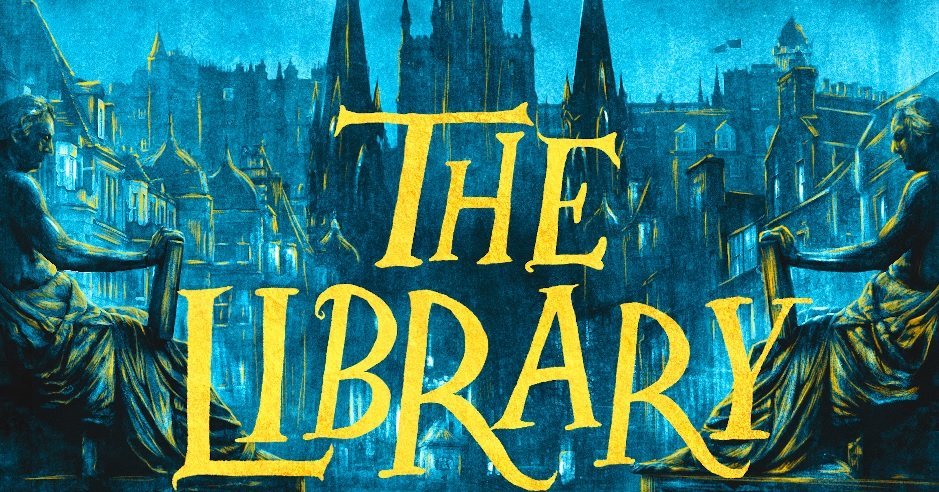 Review – The Library of the Dead by T.L. Henchu

Home » All Reviews » Review – The Library of the Dead by T.L. Henchu 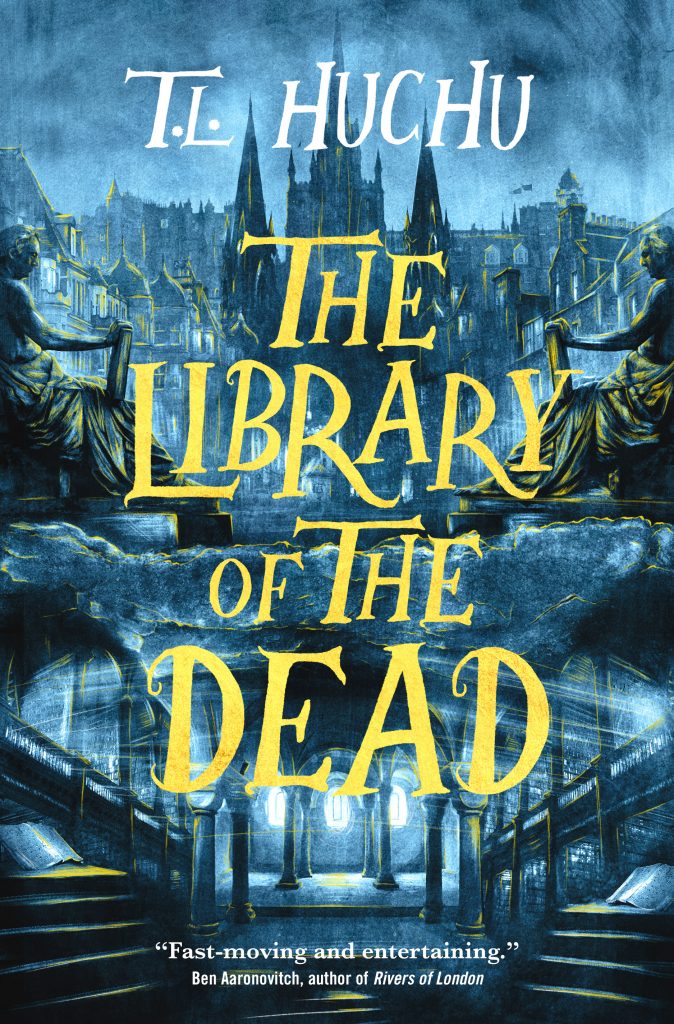 the library of the dead

“Something smells off in the barns. Even in this city of olfactory tragedy, this scent’s more pungent and desperate than anything I’ve encountered before.”―

T.L. Huchu, the library of the dead

Sixth Sense meets Stranger Things in T. L. Huchu’s The Library of the Dead, a sharp contemporary fantasy following a precocious and cynical teen as she explores the shadowy magical underside of modern Edinburgh.

When a child goes missing in Edinburgh’s darkest streets, young Ropa investigates. She’ll need to call on Zimbabwean magic as well as her Scottish pragmatism to hunt down clues. But as shadows lengthen, will the hunter become the hunted?

When ghosts talk, she will listen…

Ropa dropped out of school to become a ghostalker. Now she speaks to Edinburgh’s dead, carrying messages to the living. A girl’s gotta earn a living, and it seems harmless enough. Until, that is, the dead whisper that someone’s bewitching children–leaving them husks, empty of joy and life. It’s on Ropa’s patch, so she feels honor-bound to investigate. But what she learns will change her world.

She’ll dice with death (not part of her life plan…), discovering an occult library and a taste for hidden magic. She’ll also experience dark times. For Edinburgh hides a wealth of secrets, and Ropa’s gonna hunt them all down.

The Library of the Dead is the first of the Edinburgh Nights series by author T.L Huchu. The protagonist is the 14-year-old ghostalker named Ropa. She uses her skills to work as a messenger between dimensions passing messages for loved ones to assist in closure so a spirit can move on. She also does some banishing of the more dangerous creatures from our plane of existence.

It is a lot to expect from a 14-year-old kid. But what is remarkable about Ropa as a protagonist is that, yes, she is 14. However, she is tempered in the struggles of poverty and the seedier side of Edinburgh; this gives her an air of being 14 and so much older and wiser. She takes care of her blood and found family as best as she can while trying to right wrongs that you would think are above her paygrade.

The story starts with Ropa living in a caravan with her sister, Izwe, and her grandmother. She cares for her grandmother by helping pay bills so that her grandmother can get her monthly medicine. She also has a distant companionship with a fox named River. Although Ropa has dropped out of school, she still thirsts for knowledge, often quoting Sun Tzu as the story progresses. As I said, Ropa is no ordinary protagonist.

The Library of the Dead is stylized as The Sixth Sense meets Stranger Things. I think that is an apt description. Ropa can see dead things, hear them with the help of a mbira tuned to the spirit’s frequencies. Ropa comes upon a spirit that needs help to find their missing son. This is where the investigative aspect of the story comes into play. Ropa sets out on a quest of a sort to find the missing boy taking her through all kinds of adventures, including tangling with a milkman and an occult library set on her enslavement.

“Something smells off in the barns. Even in this city of olfactory tragedy, this scent’s more pungent and desperate than anything I’ve encountered before.”

The Library of the Dead is written in the first person with Ropa’s voice. This can be offputting, I don’t tend to connect well with stories told in the first person, but in the case of Ropa, author T.L Huchu gave Ropa such a strong voice that she did not get lost amongst the characters. She is highly likable, and you want her to win, plus the addition of Scottish slang and dialect added dimension to the character.

The setting is the streets of Edinburgh. It was strange as the story had a futuristic vibe, floating cars, but the roughness of poverty and extreme violence. It reminded me a bit of the setting of Blade Runner minus the robots.

“That’s the thing about this learning stuff. No sooner have you picked one thing up before you’re sent off after another book. Sometimes the guys I listen to say contradictory things and I have to choose for myself who’s right and who’s wrong. Other times they’re both right and it makes no sense to pick one over the other, so you just have to be pragmatic: pick what works now and discard it for something else when the time comes. That’s how I like to operate. Can’t afford to put myself in some sort of ideological straitjacket. That’s for losers.”

I liked this story. The vibes, the protagonist, and the setting had me interested from the start. Edinburgh is a place described as having many types of magic; some of it shows up in the novel, and some of it is because Edinburgh is an old city steeped in history. The alternative worlds that Hench describes are also engaging, places that are gravityless and full of demons. Library of the Dead is a dark and fast-paced novel that had me in the opening chapters. I can’t wait for the next addition to the story.