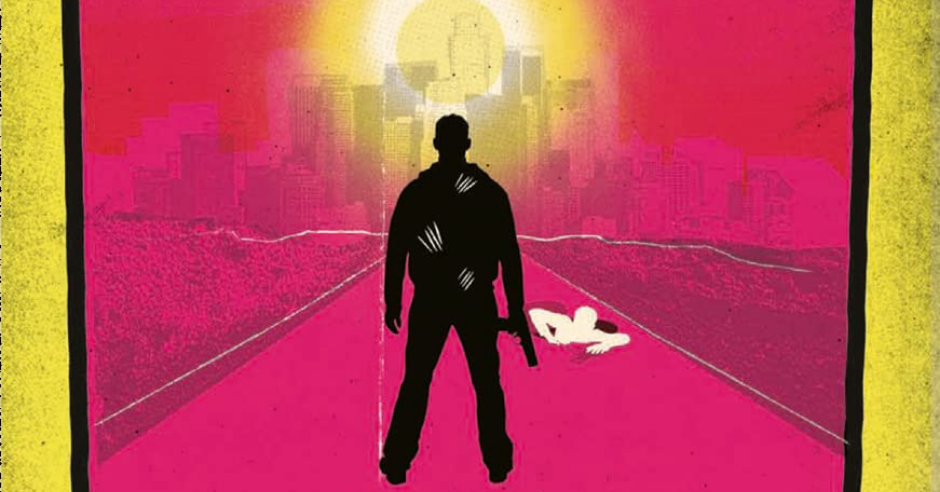 Home » All Reviews » Review – Kill The Dead by Richard Kadrey

“Let me make sure I have this straight. The cavalry just now rode into town and it’s a Czech Gypsy porn-star zombie killer. Have I got that right?”
― Richard Kadrey, Kill the Dead 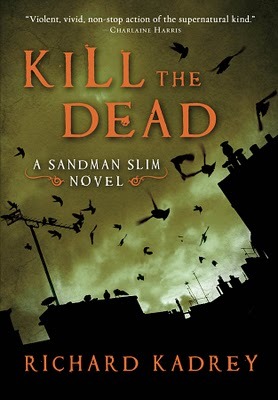 From the publisher, “What do you do after you’ve crawled out of Hell to wreak bloody revenge? If you’re Stark you turn to bounty hunting, tracking and decimating whatever rogue monsters you’re paid to kill. Stark hates the work, but he needs the money, especially the big bucks Lucifer is offering. In town as an adviser on a biopic of his life, Lucifer needs protection, and he wants Stark as his bodyguard. But the gig isn’t all bad; there is the very sexy, very hot French porn star Brigitte Bardo, a friend of Lucifer’s in LA to remake her reputation as a legit actress. While it isn’t love, it’s pretty damn good, and after 11 years of demonic chastity, it’s enough for now.

Stark has enough trouble juggling a diva devil and a scorching French bombshell without a zombie plague to complicate matters. And just what happens when a human-angel half-breed is bitten by the living dead? His human side begins to die, transforming him into an unstoppable angel of death—a killing machine devoid of emotion or thought, with no regrets or future to worry about. Not a bad way to be when your choices are limited. Now, Stark has to decide . . . if he does find a cure for the zombie infection, will he take it?”

“Hell is hilarious if you’re the one in charge.” ~ Lucifer

I absolutely love this series thus far.  I read the first “Sandman Slim” book, aptly named just “Sandman Slim” and dudddde, holy anti-hero batman. Yaas. Bring on the “I don’t give a shit attitude.” I love that the language in Sandman Slim is punchy. Not overly wordy and detailed.  I want some concisely written words.

I received everything I asked for and more from reading #2 in the series. Sandman Slim should be on more lists and garner more praise. It should be up there with the likes of Dresden, and October Daye; it is just that damn good. It is refreshing when there seems to be so much unoriginal urban fantasy. Always the same sort of schtick. Not this book…

“Twenty percent? What am I, your waiter? I got you five vampires, not a BLT.”
― Richard Kadrey, Kill the Dead

This story picks up a while after the first Sandman Slim story left off. We have our resident anti-hero having a hell of a time mentally, and in some ways physically while he tries to pay the bills by doing the odd killing or menacing here and there. I don’t want to give too much away, but if you enjoyed the first book in this series, “Sandman Slim” you will probably enjoy this one. They are a little different in style and texture. But, the dark humor and great story come through. There is a bit of a love interest, and a new interesting character getting fleshed out in Lucifer. I am going to keep this short, as this book is a pause in a longer story. But read the series. It is so worth it.

First Chapter, First Paragraph – The Everything Box by Richard Kadrey

Check Out Kill The Dead