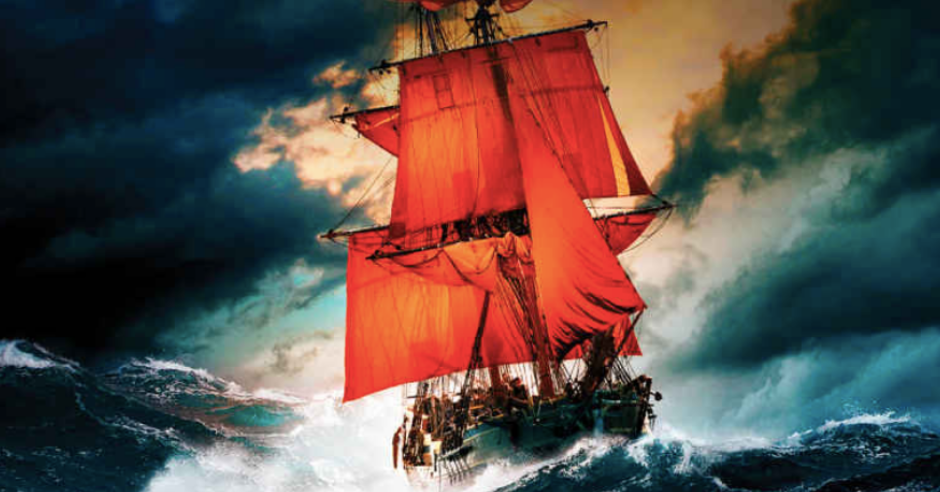 Raymond E. Feist “Often. I just think I know what they’re going to do, until they go through the left door instead of the right one.”

Raymond E. Feist, New York Times bestselling author whose novels have been must-reads in fantasy since he started with his first book in 1982. Since then, Feist has written 30+ novels, most in the world of The Riftwar Cycle. However, since finishing The Riftwar Cycle story, Feist has created a new world with The Firemane Saga. Book 1, The King of Ashes, and book 2, The Queen of Storms have been released already and the series will be concluded in the novel King of Flames.

I had the immense honor of interviewing him about this new world and writing in general.

You have been a fixture of the fantasy community for a long time. What changes have you seen to fantasy as a genre since your first book?

RF: I’ve never been called a fixture before. Feels a bit odd. Anyway, my view of changes is subjectively distorted by being inside the process, rather than an observer. Being raised in an entertainment household—my father was in film/TV—and knowing artists and musicians my entire life, I took a lot of things for granted on the business side of things as well.

I’d say the biggest changes were fantasy entering the mainstream of publishing with Tolkien, and while the literati for years looked down their noses at “genre” titles like fantasy, romance, westerns, etc., the business didn’t look down its nose at categories hitting the bestseller lists. With that entrance into the mainstream of publishing, we saw the rise of big-budget films when for decades fantasy had mostly been low-rent, bad B-movies.

The first Conan film springs to mind, and now we see things like Harry Potter having enormous success and Game of Thrones dominating television for years. In large part that’s because the decision makers in the entertainment business were kids 40 years ago reading fantasy and science fiction. Marvel’s film success is because the creators and audience grew up reading those comics. So, that’s the biggest change.

The other changes are more diversity in theme and the finer granularity of tropes and memes, so you have six different flavors of vampires, a brilliantly silly TV show like Supernatural lasting fifteen years, cults for Buffy The Vampire Slayer, Babylon-5, Firefly, and massive attendance at the San Diego Comic-Con, and at huge conventions around the world. Fantasy in all its variations is here to stay.

Do you have a set writing schedule?

RF: More or less. I vary from time to time, but usually I am up early and these days have the news going while I shave, bathe, etc. Once coffee is ready, I’m in front of the computer. Unless I have business calls (time difference to London means morning calls if I need to chat), then it’s try to work and keep at it until I’m done. Some days that’s noon, while others it’s until dinner time. I take breaks to get off my backside—writing is a sedentary racket—and try to get in a one-hour break at midday to walk for a couple of miles. I do not always keep this schedule, but I try.

In the creation of the new Firemane Saga series, were there any specific things that influenced the world-building or character creation?

RF: That’s actually a hard one to answer. I usually don’t fully understand what I’ve done until it’s over. In general all my work has common themes, military and political, relationships and how they function under stress, and mostly is character driven. So often my approach is “toss the guy or gal into the soup and see what happens.” I knew King of Ashes was going to be about the last surviving member of a powerful family with secrets, and that’s where I tossed Hatushaly into the soup, so to speak. I knew I was going to place him in a culture that was a cross between Iga assassins and Capone’s Chicago Outfit, and after that I sort of surprised myself.

In terms of plot creation, do you start with a single scene and build outwards, or is your process linear?

RF: Neither, really. I have a starting point and a rough idea of how things will end, and getting there is often as surprising to me as it is to the reader, and that’s most of the fun. If you don’t know where you’re going, you can wander like Moses in the wilderness, but often my characters take off in unexpected directions before I get back to where I thought I was going to be.

The Riftwar Saga is a massive world; I have read that you called it “a 30-book trilogy.” The Firemane Saga is slated as a trilogy. However, are there plans to continue telling stories in the Firemane universe? Or is that something that happens organically in the future because there are more stories to tell?

RF: The Riftwar Cycle was something of a trap in that regard. When I wrote Magician I had no idea if I’d ever sell it, let alone 29 following stories. Originally, Darkness at Sethanon was a single book, but when it started getting massive, my editor suggested we split it and that’s how Silverthorn came into being. I was doing Faerie Tale to change things up, but Prince of the Blood was “So, what happens next, after Darkness?”

And as I write to pay the rent and eat, I quickly turned to that, as well as the Empire series—I had always planned on doing “the other side of the Riftwar.” As the popularity grew and titles kept hitting bestseller lists, “what happened next?” became a constant. I was about halfway through Rage of a Demon King, when realized I was going to have to do all five Riftwars. As for my current project, I have no plans beyond Master of Furies.

Reading Queen of Storms, I was surprised by the twists and turns of some of the characters. When you are writing characters, do you get surprised at the paths and choices that they take?

RF: Often. I just think I know what they’re going to do, until they go through the left door instead of the right one. I actually find that’s a big part of the fun of storytelling. When I don’t know what’s coming next it’s exciting. As I said, I know where they end up, but how they get there is often a surprise.

After The Firemane Saga wraps with Master of Furies, any new projects you can talk about?

RF: Not really. My editor and I have a few things we’ve kicked around, but nothing definitive. It’s possible I’ll finish Master of Furies, and the question will arise, “OK, what happened next?” Or I might do another one-off, like Faerie Tale, not necessarily a dark fantasy but just another stand alone novel.

The world is pretty chaotic right now, to put it mildly. As a writer, do you channel anxieties and uncertainties from the world we live in into your work? Or do you try to keep world events and influences out of your writing?

RF: Keep them out? I can’t, entirely, and every writer, artist, musician I’ve spoken with has the same reaction. We may self-isolate as a lifestyle, more or less, but we worry about others, especially if you have loved ones at risk, and the world in general, and that keeps a constant anxiety bubbling below the surface.

There’s no conscious influence on my dramatic choices, unless I find myself writing, “When they landed at the dock, a pandemic had broken out!” at which point I start hitting the delete key. As anyone who has read the first two books knows—or any of the Riftwar knows—widespread disaster is sort of a constant in my work, so I don’t need to go looking for additional inspiration there.

I’ve been doing this for forty years now, and have written while breaking up with sweethearts, falling in love, getting married, parents and friends dying, sick kids, a nasty divorce, all the normal experiences for many people of my advancing years. The one thing that has changed is the ability to concentrate for long hours. It’s “what’s on the news now?” in the hope things are changing for the better, and lastly, thank heaven sports are back so I can get my mind off things that are live (TV shows and movies only distract so long). In the end, we’ll all get through this, which includes me, and this next book will get finished.

What was the hardest scene to write from The Firemane Saga thus far?

RF: Not a single scene, but rather a whole lot of them during King of Ashes as I tried to figure out who Hava was. I tried creating her at first as a “woman of mystery” who Hatu admired from afar and that was a disaster. I probably threw away more pages of that book than any previous five combined. Once I finally got that straight, and made her his childhood companion, the story got going. I wasted a lot of time before I got there, though.

Declan is my favorite character from Firemane. What made you decide to make him a smith versus other professions?

RF: I’d used the profession before with Eric, and I think it’s because of a couple of things, historic and fictional. Historically, the smith was one of the two most important commoners in the village. He (as a rule, male, though there were a few female smiths of note) was the guy who could fix the nobles’ armor or shoe their horses. The other was the miller, because he turned the farmers’ grain into flour. So, it’s why the most common English name is Smith, because if you were in trouble, being “the Smith,” or “Son of the Smith,” or “Aunt of the Smith,” or even “Jack, who lives around the corner from his good friend the Smith,” might have saved you some trouble with the local nobility.

Dramatically, smiths give an air of solidity, down-to-earth, basic. I’ve picked troubadours and minstrels to show the opposite, for example. I think I had just seen a show examining the creation of Muramasa steel, and a huge part of the finding the right carbon/silicate mix to get the exact quality of steel you wanted, along with the differences between how hard/flexible you make various parts of the sword, the edge, the fuller, creating the forte and foible parts of the blade, all that fascinated me, so I went deep with Declan, with the start of his story making his masterpiece sword. With Eric, we saw little of him actually working as a smith. This also sets him up to come to the Baron’s attention with good justification, and that will play out through the series.