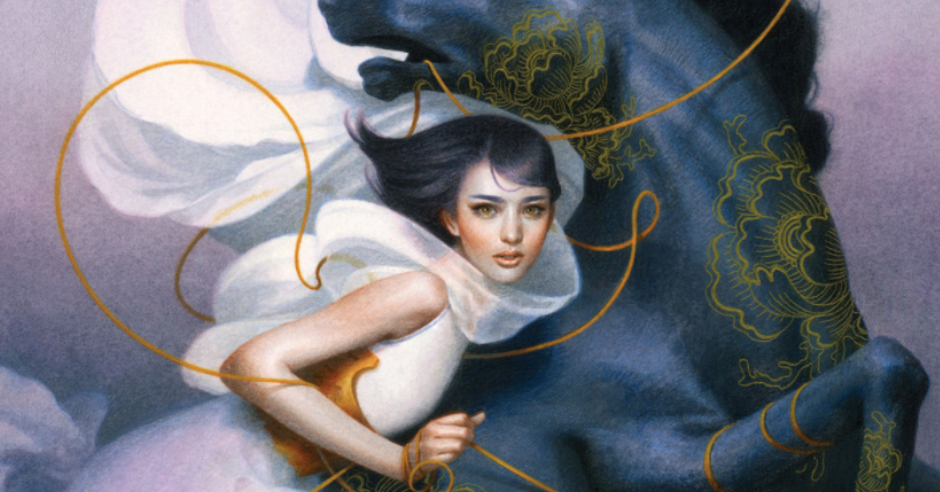 What Would You Sacrifice? Review of The Hydraulic Emperor by Arkady Martine

The Hydraulic Emperor is nine minutes and twenty-seven seconds long.

“There are no modern photographs of her. No film. No holograph. She vanishes from public view just when her work began to be most appreciated. In the last eleven years she has been verifiably seen twice.

It is as if, having begun to be capable of producing her art, she rendered herself down into the invisible point-of-view that characterizes it.

She’s a ghost, Aglaé is. A ghost that produces. Her work erases her, or she disappears inside it.”―

BY ARKADY MARTINE, THE HYDRAULIC EMPEROR

“The Hydraulic Emperor is nine minutes and twenty-seven seconds long.

It was filmed on an eighteen-quadcopter neocamera rig back when neocameras were the only way to make immersive film: an early effort by Aglaé Skemety, whose Bellfalling Ascension is still the critical darling of the immersion-culture literati. The Hydraulic Emperor falls sometime between her earliest juvenile work and the single decade of her greatest public productivity. Most references list it as lost, as it has never been distributed, and no public archive will admit to possessing it. But there is at least one print of it which survives.

I have never seen it.”

Have you ever been obsessed, a collector searching your entire life for something? I am a book lover, and nary a day doesn’t go by where I am looking for first edition Stephen King’s or Kurt Vonnegut books. And when you find it, pardon the word; it can be explosive. Arkady Martine has written a slow-burning science fiction short story that describes this very sensation.

The story itself is based on the idea that there is an alien race that, every year, will give the “winner” of a competition a Qath Puzzlebox. The box is very much a McGuffin, much in the vein of Pulp Fictions black briefcase in which you open it, and what is inside would forever change you. In exchange, the contestant must give something up of great value to the Qath.

“The thing is, you can’t buy a Qath box. They aren’t for sale. They’re for trade. The Qath come out of their wormhole-eating ship, all insectile mantis-limbs unfolding, and show you a little puzzle of wood and mirrors and some other materials human scientists still haven’t solved the chemistry of. It’s so pretty, and it doesn’t make sense. Then they ask what you’ll exchange for the thing. The auctions they hold aren’t auctions: they’re sacrifice contests. The person who gives away whatever the Qath like best gets the prize.”

So, maybe contest is not the right word. It is a sacrifice; if your sacrifice is deemed worthy, then you win. You win what? The Qath Puzzlebox. What’s that? No one knows, really. So why enter? That is the rub, isn’t it? In this case, our protagonist Mallory is appreciative of the arts, mainly film. An avid collector, she has a copy of everything she wants save for one film, The Hydraulic Emperor, by an obscure filmmaker Aglaé Skemety.

It is the holy grail—an obsession to some collectors. If Mallory enters the competition, trades something of great value, then Kinesis Industrial will give Mallory the film in exchange for this alien puzzle box. All Mallory has to do is sacrifice and agree to the trade.

The giving and receiving of the puzzle box (if she wins) are secondary to the soul-rending experience of trading. This story is about the journey, not the destination. Mallory may want the film, but she owns many films now that were at one time the holy grails for her collection. Trading those away will be like shredding parts of her, and even then, it might not be enough. Is the journey worth it?

The Hydraulic Emporer is a subtly written but richly detailed short story. In the same style, Martine wrote A Memory Called Empire and Desolution Called Peace. I think of Martine’s style likened to the pouring Karo syrup out of a bottle; the syrup slowly rolls to the top of an upturned bottle. The syrup is luscious, thick, and has an uncompromising flavor. Martine is methodical, and the narratives are dense in her writing.

They are stories for those who want their stories to be wrapped in a blanket of ideas that you need to think about and pull apart slowly—often sticking it to your brain for weeks to come. Her two books had me thinking about the nature of memory and communication for weeks. And again, this story has me thinking about the nature of sacrifice and obsession. Would I trade? What would that trade be?

Again, The Hydraulic Emperor is a beautifully crafted sharp bite of a short story.