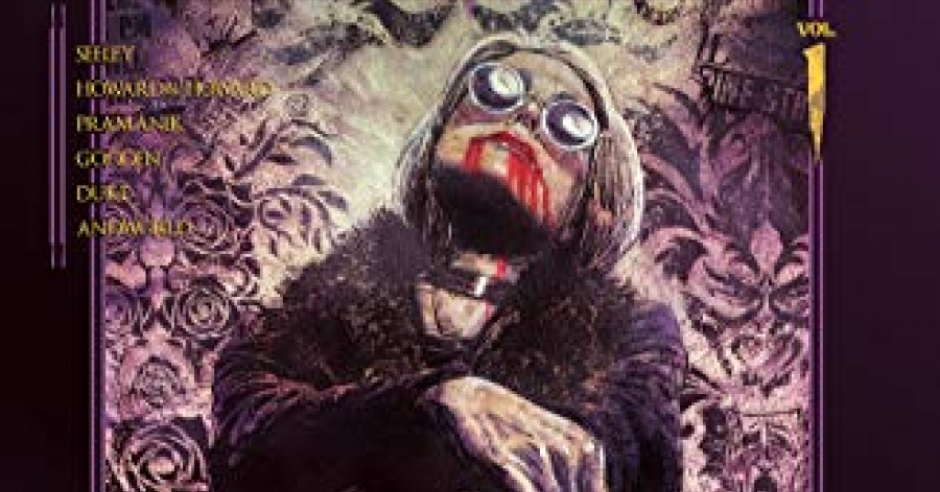 VAMPIRE: THE MASQUERADE: WINTER’S TEETH VOLUME 1 is a collection of the first five issues of the Vampire: The Masquerade comic book by Tim Seeley, Blake Howard, and Tini Howard. It is set in the World of Darkness universe, popularized by the Vampire: The Masquerade tabletop and video games. I’ve been reading every issue as they come out and think it would be inappropriate not to cover the graphic novel that was recently released. So, how is it?

In general, Winter’s Teeth is a very solid and entertaining throwback to the Nineties Gothic Punk genre that eventually spawned things like Underworld as well as True Blood. It is a masqued world where the supernatural do their best to protect themselves from the prying eyes of mortals while carrying out sinister plots against, well, mostly each other. Vampires are fiercely competitive with one faction (The Camarilla) having a feudal structure and the other faction (The Anarchs) being, well, anarchic.

The comic is set within the Twin Cities of Saint Paul and Minneapolis. The cities have traditionally been considered separate domains but there’s movement to combine them under one single Prince who will rule them all. Completely uncaring about these politics is protagonist, Cecily Bain, who is a former Anarch who has allowed herself to become a traitor to the cause in order to look after her ailing geriatric sister. Nevetheless, the Brujah blood and her frustration leak out and sometimes drive her to astonishing acts of cruelty that alienate the few people who might otherwise be her allies. Indeed, the opening of the comic is Cecily murdering the mortal lover of a vampire in front of him even though she knows said lover would never betray the Masquerade.

What follows is a complicated and entertaining set of events that reminds me very much of my tabletop RPG sessions for reasons both good as well as bad. There’s a lot of really interesting storytelling going on but I also feel like the Storyteller (Tim Seeley in this case) occasionally throws in random crazy stuff to spice things up. At one point, a bunch of organ-harvesting cyborgs show up and I wondered if someone had been using their homebrew Mage/Vampire crossover material.

Cecily is a character that bounces between incredibly unlikable and entertaining in equal measures, which I think is the intent. She’s someone who has become jaded on the conflicts of Anarch vs. Camarilla and it has burned her out. Unfortunately, that means she’s unwittingly making enemies and does a few things that are just genuinely evil. Very true to the game but sometimes I felt like I wanted to see Cecily staked and left out for the sun. Despite my issues, I absolutely did love the Byzantine plots and betrayals that fill up the story. Cecily recruits a young fledgling in hopes of restoring some of her lost humanity but secretly having let a snake into her home. There’s a lot of humor to be had from the fact Cecily doesn’t know how to deal with someone from the modern world even though she was Embraced in the Eighties.

Really, I actually enjoyed the back-up stories a bit more than the main story and I didn’t dislike the main story. The Anarchs are a wonderful collection of oddballs and misfits trying to find their place in the world. Colleen is a fantastic Thin Blooded vampire (basically more human than monster) that is trying to serve as den mother to a bunch of dysfunctional monsters. I also am a big fan of King Rat, a Nosferatu Embraced in Vietnam who is older than all of them but just doesn’t want to get involved in their personal drama. His name is a James Clavell reference too and that’s rare enough in fiction.

The art is lovely with the fact that not everyone is generically cute or drop dead gorgeous. The covers are particularly eye-catching as is usual for the medium. No one is shown for pure fanservice but still appealing to look at. It helps with the sense of “realism” that the vampires could be met on the street versus being Anne Rice’s demigods. Hell, even Stephanie Meyer’s.

In conclusion, I really do recommend this book but with some caveats that a slower pace might have actually been better. I wanted to follow up Cordell’s vengeance scheme and get to know the Prince more. Vampire: The Masquerade is frequently about getting to know the major players of a single city. Even so, I very much enjoyed this and will be picking up the series as it continues on.