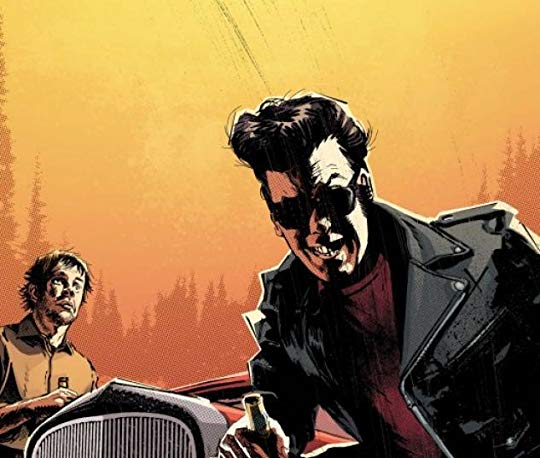 My Life For You

The place where you made your stand never mattered. Only that you were there…and still on your feet.―

No one can tell what goes on in between the person you were and the person you become. No one can chart that blue and lonely section of hell. There are no maps of the change. You just come out the other side.

The Trashcan Man was spared for a reason. To join the Dark Man Randall Flagg’s swelling army and to set the world on fire. It’s a dream come true for the pyromaniac, but he has to reach Flagg’s compound in Las Vegas first–and, somehow, survive crossing paths with “the Kid,” a hardcase who’s even crazier and more dangerous than Trashy is! The villains are front-and-center as we cross the mid-point of this epic adaptation of Stephen King’s horror masterpiece! Collecting: The Stand: Hardcases #1-5

Taking as a whole, this is not a poor edition. I don’t believe it is up to par with the previous versions of Captain Tripps, American Nightmares, and Soul Survivors. Maybe it is because Hardcases mainly deals with the villains of the novel — specifically Trashcan Man. I never felt like Trashcan Man was a fully fleshed-out character in the original book, so I lack interest in reading about him in the graphic novel. I do think that graphically this book shines as much as previous installments. The images of Las Vegas with people being crucified on the strip are pretty stark. It shows just how evil the Las Vegas folk are and how low they will go. It is an excellent addition to the series, as it keeps the story flowing, but I didn’t enjoy it a whole lot.

“That wasn’t any act of God. That was an act of pure human fuckery.”