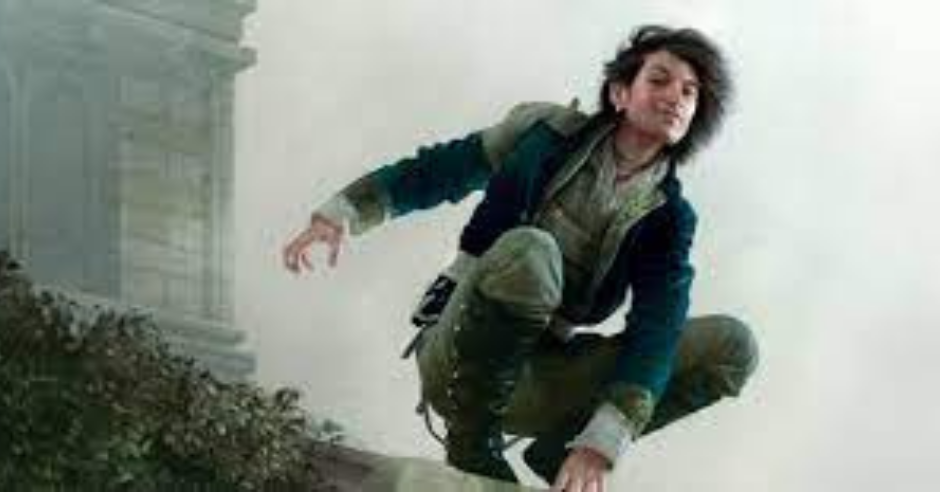 Review – The Legend of Eli Monpress by Rachel Aaron 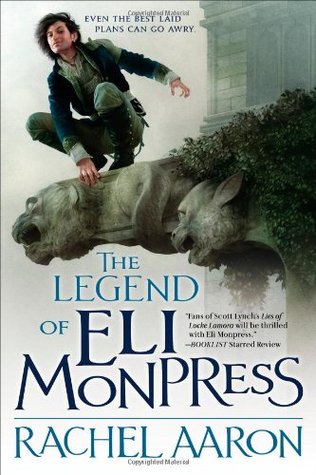 Sometimes the price of doing the right thing is higher than we realize when we do it.―

Eli Monpress is talented. He’s charming. And he’s a thief.

But not just any thief. He’s the greatest thief of the age – and he’s also a wizard. And with the help of his partners – a swordsman with the most powerful magic sword in the world but no magical ability of his own, and a demonseed who can step through shadows and punch through walls – he’s going to put his plan into effect.

The first step is to increase the size of the bounty on his head, so he’ll need to steal some big things. But he’ll start small for now. He’ll just steal something that no one will miss – at least for a while.
Like a king.

The Legend of Eli Monpress includes the novels: The Spirit Thief, The Sprit Rebellion, and The Spirit Eater.

I’ve come to the conclusion that 10/10 reviews are my least favorite to write because what makes a 10/10 for me is never fixed and always extremely personal. How do I satisfyingly explain to you dear reader that a particular book hit *just* the right spot, in a manner that is “ok do that again but a little to the left” compared to a previous read that I may have rated at 9? The answer is: I am still trying to figure it out and in the meantime, I’ll happily ramble! The Legend of Eli Monpress, is an omnibus containing the first three books in Rachel Aaron’s series with our beloved thief Eli, and while each book’s plot is essentially episodic, and so is completely wrapped up by the end of each installment, I did prefer to review them as the two volumes I got them in. Now, where to begin?

I *loved* these first three books, and as I am reading the fourth right now I am still loving it *so* much. The main reason why is because they feel so light !! Both tone-wise and for Aaron’s writing style/prose. I was chuckling almost every other page from the lighthearted banter, the amusing action, or even just all the little mannerisms of the various characters. But I was also simply enjoying the easy flow of the simple yet very evocative text, even when things got more serious. Furthermore, I found the magic system to be very fresh and interesting! Indeed, magic skill in this world is based on one’s ability to hear and communicate with the spirits of all things – from the Great Spirits of entire mountains or oceans, to the tiniest ones of individual sand particles!

In fact, another favorite aspect of this story overall is that, throughout, the good guys do not command the spirits to do their bidding as that would be enslavement (which is harmful to the spirits and only done by desperate or evil wizards), but they have to instead ingratiate themselves with each spirit and cajole and convince them to help.  Which made for some truly hilarious gags as there are big action moments with high stakes and a desperate need from the protagonists for x spirit to do a certain thing, and often they’re met with a stubborn one that could care less! Or they often provide commentaries on the things they’ve just seen, reminiscent of a side chorus, which is endlessly entertaining to me. Best I can explain the overall atmosphere is as charming, fun, and simply magical. Especially with the first two books that do not provide a sense of a much wider/complex world-building or a dense plot. This works very well especially if you’re in a bit of a reading slump too, or if you need to reboot your mind a bit in between wider scope epic series because you initially have two relatively short adventures that entertain and amuse but also hint at much wider and potentially darker mysteries!

Then, with book three, things get a little more serious, the plot thickens, the cast of characters grows, and we start getting a much bigger picture of Aaron’s world and its workings. So overall as a progression I found it worked amazingly to introduce the reader to the main characters in a way that you got to know them by being eased into some fun shenanigans to start with, and then the stakes become higher, mysteries are starting to unravel (or intrigue all the more) and we slowly get to know more of the protagonists’ past with no big info dump to weigh you down at any point. Special mention also goes to the main characters who couldn’t be more different amongst each other and yet they still all work so well together! They each complement the other brilliantly both plot-wise and from an outside perspective of character dynamics.

The trio of Eli, Josef, and Nico, function like a well-oiled machine working towards each reaching their respective goals.  Which, I should add, the reader only gradually finds out the hows and whys and wider motivations behind each, in a way that keeps your interest piqued but reveals very little, very cleverly, throughout all three books. Moreover, the duo of Josef and Eli bears a strong resemblance to my favorite literary duo of all time, Michael J Sullivan’s Riyria, with Royce and Hadrian!! So enormous win for me there heh. And then there’s Miranda who’s a kick-ass protagonist in every sense, with her snarky animal companion, the giant spirit hound Gin. She’s formidable but she’s also relatable, and most of all I loved her character development as she goes from having a number of black and white certainties, to realize that, in order to protect the spirits as she’s vowed to do in her role as Spiritualist, there’s a lot more gray to be navigated, and often the laws of men are irrelevant compared to the greater good of those she’s devoted her life to caring for.

Ultimately this book was something I deeply needed to have light fun and enjoy myself, while also getting to deeply care for a variety of lovable characters each in their own right and for their own quirks and credos.So, if you too, dear reader, are looking for a fun ride, that flows from the page without weighing you down at all, with memorable characters who are true to themselves and their goals, awesome action, and enchanting magic, then this is the series for you !! Ps: I should most definitely also highlight that there are talking swords in this because I *know* that there are people like me who freaking love sentient weapons!! So there’s that.

Purchase The Legend of Eli Monpress