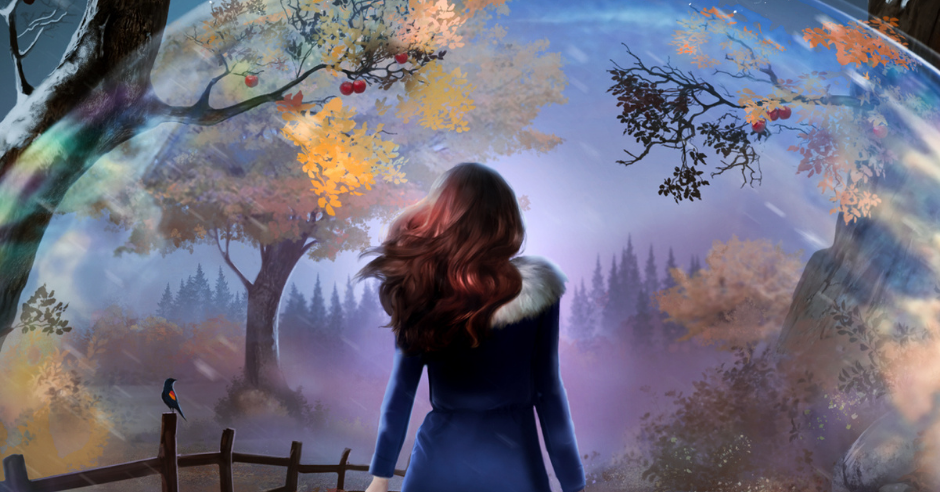 An immersive fantasy book with a touch of horror

The Girl Who Talks to Ashes

The girl who talks to ashes

Fifteen-year-old Willow is terrified of her new baby, Lilah, who has a peculiar form of epilepsy. Every time Lilah’s eyes glaze over, terrible things happen: flowers shrivel, food goes to rot – even Willow’s long, auburn hair turns stark white. But it’s the death of the family cat that becomes the last straw; in the middle of the night, Willow and her mother dump the infant at the fire station two towns over – and are never heard from again.

The next morning, Chief Stanley Quinn takes Lilah home and cares for the toddler as best as he can. With medication, her epilepsy remains under control… For the most part.

But as a teenager, Lilah isn’t always keen on taking her pills, and when she sneaks away to a rock concert with the cutest boy in school, something terrible happens, landing both of them in the hospital. After Stanley breaks down and confesses everything to his adopted daughter, she decides to track down the young girl who gave her up sixteen years ago; the young girl who never made it home that night… The young girl who is now presumed to be dead. Soon, Lilah’s quest to find her birth mother becomes a quest to solve a sixteen-year-old missing persons case. She has everything she needs to find her – she just needs to learn how to control her peculiar ‘gift’ before she kills someone.
Again.

The Girl Who Talks to Ashes is an intriguing book and one that I could not put down for the first 100 pages or so. I loved the idea of Lilah’s gift and what it wrought for those around her. The prose had a dark gothic feel while still retaining a sense of modernity.

The story follows a baby, Lilah, born to a young woman out of wedlock named Willow. Eventually, the baby develops a weird form of epilepsy. Every time Young Lilah shakes or stiffens from a seizure, people and things around her experience time in very quickly. “flowers shrivel, food goes to rot – even Willow’s long, auburn hair turns stark white. But it’s the death of the family cat that becomes the last straw; in the middle of the night, Willow and her mother dump the infant at the fire station two towns over – and are never heard from again.” Lilah has no power of control when she is locked in this agitated state. Thus she is abandoned by Willow.

Lilah is rescued and taken in by a young family. Her new mother and father witness a terrifying seizure but instead of running, they get Lilah some help through medication. When taken, the medicine will keep the episodes away. There is a stark difference in the reaction between Lilah’s birth family and the adopted one.

As Lilah ages and becomes a teenager, she wants to test her boundaries as many teenagers do. But unlike any other teenager, Lilah’s boundaries are ones whose repercussions will affect those closest to her.

If I say anything else, we are running into spoiler territory, and this is a solidly entertaining book, and I hope readers go out and check it out. I enjoyed it; I liked the characters quite a bit and loved the visuals of Lilah’s seizures. They have a genuinely creepy vibe to them. However, I decided to cut this book because I could not get engaged with the dialog. It felt stilted and did not flow as much as I would have liked as a reader.

I recognize that this might be entirely on me as a reviewer, which is why I wholly recommend this great story to folks in general. I was very torn on cutting this, as it is a great book. But in the end, the dialog was the deciding factor. Please go check it out!

Elizabeth Tabler runs Beforewegoblog and is a site lead at Grimdark Magazine. She was at one time an architect but divides her time now between her family in Las Vegas, Nevada, and as many book worlds as she can get her hands on. She is also a huge fan of Self Published fantasy was on Team Qwillery as a judge for SPFBO5, and now runs a team for SPFBO7. You will find her with a coffee in one hand and her iPad in the other. Find her on: Goodreads / Instagram / Pinterest  / Twitter