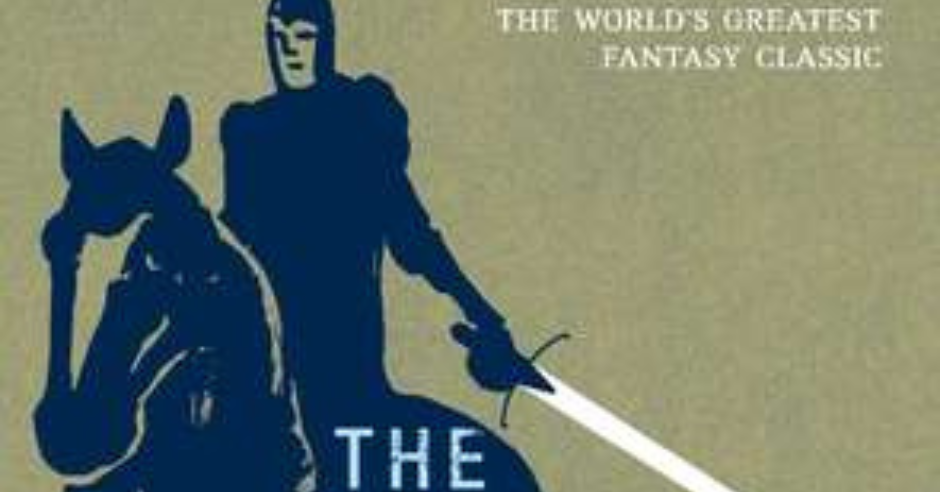 Home » All Reviews » THE BOOKS THAT MADE ME – THE ONCE AND FUTURE KING BY T.H. WHITE

“The best thing for being sad,” replied Merlin, beginning to puff and blow, “is to learn something. That’s the only thing that never fails. You may grow old and trembling in your anatomies, you may lie awake at night listening to the disorder of your veins, you may miss your only love, you may see the world about you devastated by evil lunatics, or know your honour trampled in the sewers of baser minds. There is only one thing for it then — to learn. Learn why the world wags and what wags it. That is the only thing which the mind can never exhaust, never alienate, never be tortured by, never fear or distrust, and never dream of regretting. Learning is the only thing for you. Look what a lot of things there are to learn.” 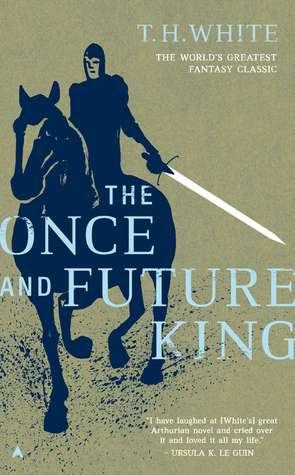 In March 2022 on www.beforewegoblog.com, we were exploring books that made us as readers and/or as creatives, and helped define who were are. Building blocks, so to speak.

For me, one of those building blocks is a book published in the 1950s, the same decade as such defining fantasy works as The Lord of the Rings, and The Chronicles of Narnia were also released.

Well, what do I say about the book that comes in as my #5 favorite book of all time? I did not read Le Morte d’Arthur until University, when I was writing a paper about it. Thus, post- The Once and Future King, T.H. White’s seminal masterpiece, I delved into Le Morte d’Arthur, the version of Arthurian folklore composed in the fifteenth century, that still remains so widely-read, about half a millennia later. Although, of course, I knew from the get-go, T.H. White essentially based his novel, published in 1958, on the ancient work of imprisoned medieval knight Thomas Malory, written in 1485.

But the humorous, clever play on words in the novel, essentially turning The Once and Future King into a brilliant, mock-serious, outright comedic (yet still somber, haunting, completely epic) Arthurian retelling, with White’s totally unique and original spin and material, while SIMULTANEOUSLY making it almost a dark satire parodying Le Morte d’arthur is simple gob-smacking genius. The beautiful, poignant relationship between the young Arthur and his mentor Merlin, who allows Arthur to seeing the world of “Gramarye” (England) through a magical lens, the comedic exploits of King Pellinore, and the vivid descriptiveness of the fantastical Britain, are all features of The Once and Future King that left me spellbound, and will always resonate with me, for as long as I live.

I always wonder, had I read Le Morte d’Arthur first, would I NOT have fallen in love with The Once and Future King to the degree that I did? Because one could talk oneself into seeing T.H. White ONLY as having done a Mallory redux, with a lot of copying and pasting from Le Morte, rather than a tribute / homage to Mallory. Almost borderline (dirtiest word in writing), dare I say it, plagiarism. But it’s so much more than that. The Once and Future King is a must for anyone who considers themselves a fan of Arthurian legend.

White’s tale, though based on Mallory, needs to be praised for its originality. White was perhaps the first major writer of Arthur and his court to assign the famous characters associated with the Once and Future King traits that were not consistent with what most people thought of them, via previous storytellers. In The Once and Future King, Lancelot is ugly, not dashingly handsome, as he had always been portrayed, Galahad’s perfection makes him loathed, not revered, and Bors is a religious purist, not a self-sacrificing knight. In many ways, White cunningly made his book into something people would think to be largely derivative of Malory, but truly unique to anything Malory or anyone else who came before him had written about the Arthurian heroes. I know that Malory is an icon, but White is certainly no less worthy of veneration.

Nevertheless, now that I’m much older, far removed from reading both works, I’ve come to truly appreciate each for its distinct greatness, still loving White’s novel for what it is, while lauding Mallory’s astounding tales.

Any 20/21st-century writer who is being compared to T.H. White should take that comparison as quite an honour, in my view. I remember reading one of the first reviews of GRR Martin’s A Game of Thrones (first book in his Song of Ice and Fire Series), and it received that accolade, and Martin’s talent was compared to White’s. I immediately thought “yup, this Martin is going to be a game-changer” though I did not read Martin until much later. Nevertheless, for me, White belongs up there, just below Tolkien, with a few others such as Wurts, Martin, Jemisin, Lawrence, Djèlí Clark, Abercrombie, Sanderson, Okorafor, and a handful of authors possessing such rare brilliance that they are changing or have already changed the way fantasy is both read and written.

Fantasy historian Lin Carter opined that The Once and Future King is “…the single greatest fantasy novel written in our time, or for that matter ‘ever’ written…”. While that is a subject open for debate, I don’t believe there is any doubt it should at least be in the conversation.

Check Out More in this Series

The Books That Made Us: The Lion, the Witch, and the Wardrobe by C.S. Lewis