The Books that Made Me: The Fog by James Herbert

Home » All Reviews » The Books that Made Me: The Fog by James Herbert

The Fog – A Chilling Story of Madness 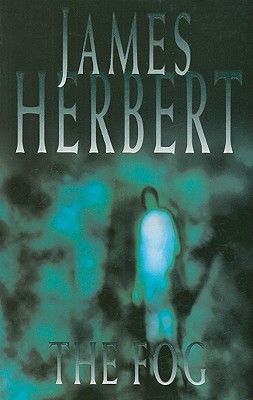 When I was a kid I was an avid reader, but I grew up in a small English village. No nearby bookshop or library or anything. BUT! There was a travelling library – basically a big old bus full of shelves instead of seats – that would tour the area. Every second Tuesday it would park at the end of my road. After school, I would rush up there and see what they had. I was hugely into fantasy at the time, and the driver/librarian guy got to know me and got to know what I was into. He had similar tastes and would always have something put aside for me. He got me the science-fiction that erred more to fantasy than science. He introduced me to Ursula K Le Guin and Anne McCaffrey and David Eddings among many others.
One day I selected a few books and among them was an old Dorchester or Leisure Books or Zebra (I forget now) horror title. I wasn’t sure about it, but the cover appealed. I don’t even remember which particular book this was, but we’re talking early 1980s, right in the paperback horror boom of the age. The driver/librarian raised an eyebrow and said, “You sure about that?” Bear in mind, I was probably about 12 or 13 at this point.
I said, “Sure, I’ll give it a go. I can stop reading if I don’t like it.”
He said, “Okay. Let me know what you think.”
Little did I realise that he was a mad horror fan as much as he was into fantasy and sci-fi.
Two weeks later I went back and he asked how I liked it. I said, “I kinda enjoyed parts of it, but it was also pretty ridiculous and not really all that well written.” What a pretentious little prick I was. I honestly don’t remember the book, but something about ghouls or zombies maybe.
He smiled and said, “I thought you might think that. But, if you like that kind of thing, read this.” And he handed me a copy of James Herbert’s “The Fog”. I read it right away that night and it blew my mind. I realised just what horror could be. I realised what amazing descriptive writing and character development was possible. I realised how far you could take a wild idea if you didn’t shy away from the terrible possibilities. I was enthralled and appalled by the things people did to each other and the degree to which this amazing novel drew out all those possibilities.
Two weeks later I went back and told him, “This was amazing!”
He smiled and said, “You’ve only just begun.”
Following that, every two weeks he’d have some fantasy for me like always, but every time he also had at least one horror novel for me too. “The Fog” is the one that started it, the one that made me fall in love with the genre. James Herbert is still one of my favourite authors. And I’ve quite happily never been the same since.
Buy from Amazon

Alan Baxter is a multi-award-winning author of horror, supernatural thrillers, and dark fantasy liberally mixed with crime, mystery, and noir. He’s also a martial arts expert, a whisky-soaked swear monkey, and dog lover. He creates dark, weird stories among dairy paddocks on the beautiful south coast of NSW, Australia, where he lives with his wife, kid, hound, and other creatures.