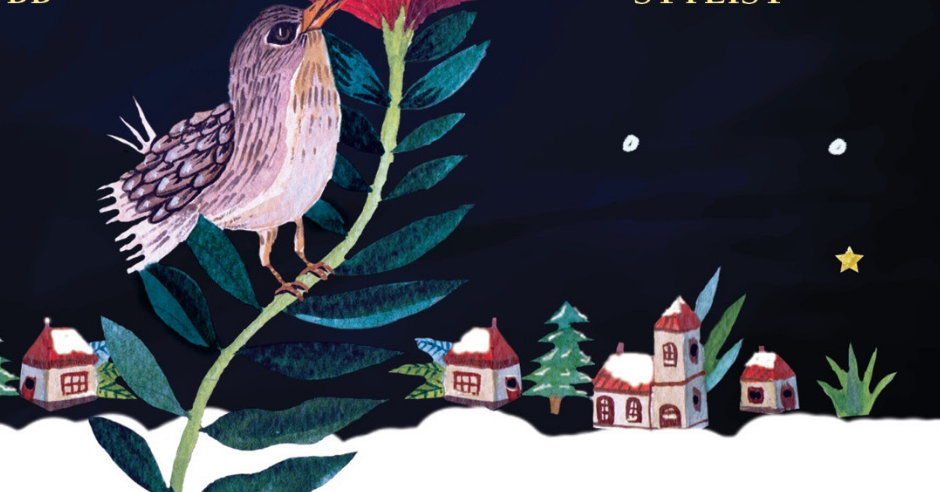 Review – The Bear and the Nightingale by Katherine Arden

The Bear and the Nightingale

“All my life,” she said, “I have been told ‘go’ and ‘come.’ I am told how I will live, and I am told how I must die. I must be a man’s servant and a mare for his pleasure, or I must hide myself behind walls and surrender my flesh to a cold, silent god. I would walk into the jaws of hell itself, if it were a path of my own choosing. I would rather die tomorrow in the forest than live a hundred years of the life appointed me. Please. Please let me help you.”

Hello again dear reader or listener, I hope you are doing well! For my part, the days have gotten much colder in my little corner of Italy, and thus I find myself in the mood for all the wintery reads. Truly unexpected, I know.

It will be no surprise then when I tell you that after walking Figaro one evening and freezing my fingers off, I went back home, wrapped myself in my coziest blanket, and sat to read The Bear and the Nightingale, book one in Katherine Arden’s The Winternight trilogy. I read the first thirty pages that evening and was absolutely hooked!! So much so that when I had the chance to sit and read again a couple days later, I actually finished the rest of the book in one sitting! I know I’m a little late to this party considering all the praise this series has gotten but let me share why I loved it so much as well.

The Bear and the Nightingale is a historical fantasy set in medieval Russia and it borrows from Slavic mythology and Russian folklore. More specifically, it is set during the time when Orthodox Christianity was working towards stamping out other pagan religions and beliefs; you know, the usual jazz when it comes to the delightful early Christians. The protagonist, Vasilisa, is a young girl with the gift to see the spirits and creatures that inhabit the world, and as such she is branded a witch by the priests and more religious people around her.

Personally I am a sucker for a plot where an old religion comes head-to-head with the new, and I’m an even bigger sucker for folklore. So you can imagine my delight when I got to recognize some figures from my childhood stories (I watched a lot of Russian cartoons dubbed apparently and listened to audiobook tapes while playing) or learn about new ones! Moreover, this is a tale about gender roles and finding one’s place in a world that is slowly casting you out.

So I appreciated that, when writing Vasilisa, Arden took care to be true to what a woman of her time would behave and think like, but also made her protagonist into a strong figure who embraces change and being different and wishing for something else for herself once she realizes she does not fit into that mold and expectation. Arden managed to find that delicate balance brilliantly and created my favorite kind of no nonsense heroine who gets things done and has so much heart.

Arden’s writing in The Bear and the Nightingale was overall was truly spellbinding, her prose beautiful, and her imagery evocative in a way that fully immersed me into the story. You feel invested in almost every single character no matter how small their role on the page, because they all somehow have an almost surprising level of depth right from the get-go. This is mostly because of Arden’s 360-degree narration pov, as third omniscient lends itself super well to painting a full picture from every relevant angle, sometimes even from characters you weren’t expecting, making the story that much richer!

Reader, I laughed out loud, I rolled my eyes, I awwwed so much my dog looked worried, and by the end, I even teared up. Which just goes to show how invested Arden managed to get me in her mesmerizing characters and wonderful story. It’s hardly a surprise this series as a whole was a finalist for a Hugo Award!

By the time I’d read those first 30 pages I’d already ordered the sequels and now I am (not so) patiently waiting for the sequels to get here so I can continue the story of Vasilisa, a heroine I’ve definitely grown to look up to and feel inspired by for her perseverance and independence, and also to see more of Morozko cause… well, reasons… ahem. In fact, while The Bear and the NIghtingale wraps up its story in a satisfying manner, allowing for it to be read as a standalone, you can’t help but want more of this world and these characters who brave the biting cold in more ways than one.