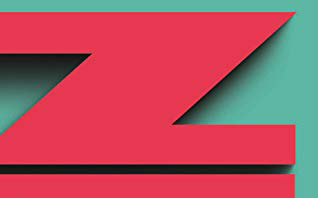 Home » All Reviews » Technological Saturation in Zed by Joanna Kavenna

The Unpredictable Nature of Humans in a Technologically Saturated World

“We are considering various avenues, which would allow people to realize their full potential” 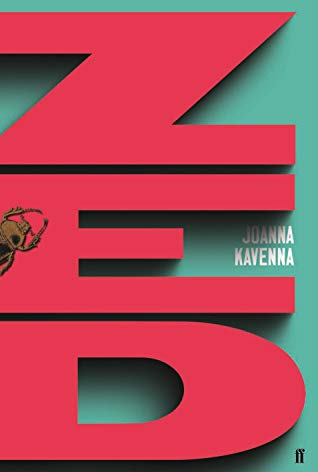 Self-anointed guru of the Digital Age, Guy Matthias, CEO of Beetle, has become one of the world’s most powerful and influential figures. Untaxed and ungoverned, his trans-Atlantic company essentially operates beyond the control of Governments or the law.

But trouble is never far away, and for Guy a perfect storm is brewing: his wife wants to leave him, fed up with his serial infidelities; malfunctioning Beetle software has led to some unfortunate deaths which are proving hard to cover up; his longed for deal with China is proving troublingly elusive and, among other things, the mystery hacker, Gogol, is on his trail.

With the clock ticking- Guy, his aide Douglas Varley, Britain’s flailing female PM, conflicted national security agent Eloise Jayne, depressed journalist David Strachey, and Gogol, whoever that may be – the question is becoming ever more pressing, how do you live in reality when nobody knows anything, and all knowledge, all certainty, is partly or entirely fake?

Joanna Kavenna’s highly unusual and unpredictable novel, Zed is not what you expect. Going into the story, and looking at the gorgeous cover, you would think that what you are in for is a deep science fiction story. While reading it, your perception of the story changes to confusion. Then you realize what this is, is a stylistic darkly humorous techno thriller that is more about how digitally enthralled we are with technology and human nature, then the ins and outs of the technology itself.

The story starts with Douglas Varley, a technologist for a large company called Beetle. Beetle reminds me of what Amazon could be in 10 years and no laws. Beetle has integrated itself into every facet of human life. From the regulation of physiological things, “You might need to do some deep breathing Eloise. Your pulse is elevated, and something is burning.” To society, people are paid in beetle credits. Predictive algorithms predict crimes before they happen, programs speak for you, and humanity is quantified down to data points and numbers. Other characters, company owner Guy Matthias, and police officer Eloise Jayne also have interesting parts that balance out the weird dynamics of such a dizzying computer-driven world. All of these data points and prediction, belie the one unquantifiable behavior humans have, choice. The choice humans have to behave unpredictably.

This story is written in almost a frenetic style. It bounces from one character to the next, then through technical jargon and back again. It is spastic and, at times, challenging to follow. Stylistically, the idea behind the novel is excellent. Technology has infused our existence. We talk to our phones more than we talk to people. We talk about idealistic human behavior but often lack context. We live in soundbites in this digital world. But because of the frenzied pace of the story and dialog, I had a difficult time making connections with the story. Instead of caring about any of the characters, It all blended in a freewheeling cacophony of digital noise. In hindsight, this may have been the point all along from author Joanna Kavenna. But for me, as a reader, it felt very flat. 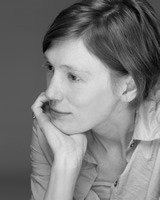 Joanna Kavenna is a prize-winning British novelist and travel writer.

Kavenna spent her childhood in Suffolk and the Midlands as well as various other parts of Britain. She has also lived in the United States, France, Germany, Scandinavia and the Baltic States.

These travels led to her first book, The Ice Museum, which was published in 2005. It was nominated for the Guardian First Book Award in that year, and the Ondaatje Prize, and the Dolman Best Travel Book Award in 2006. Described by the The New York Review of Books as “illuminating and consequential,” it combines history, travel, literary criticism and first-person narrative, as the author journeys through Scotland, Norway, Iceland, the Baltic and Greenland. Along the way, Kavenna investigates various myths and travellers’ yarns about the northerly regions, focusing particularly on the ancient Greek story of Thule, the last land in the North. Before The Ice Museum she had written several novels that remain unpublished.

Kavenna has held writing fellowships at St Antony’s College, Oxford and St John’s College, Cambridge. She is currently the writer-in-residence at St Peter’s College, Oxford. Themes of the country versus the city, the relationship between self and place, and the plight of the individual in hyper-capitalist society recur through Kavenna’s novels and in some of her journalism.

She has written for The New Yorker, The Huffington Post, The London Review of Books, The Guardian, The Observer, The International Herald Tribune and The New York Times, among other publications.

Kavenna is now based in the Duddon Valley, Cumbria and has a partner and two young children.

Learn more about their novels: