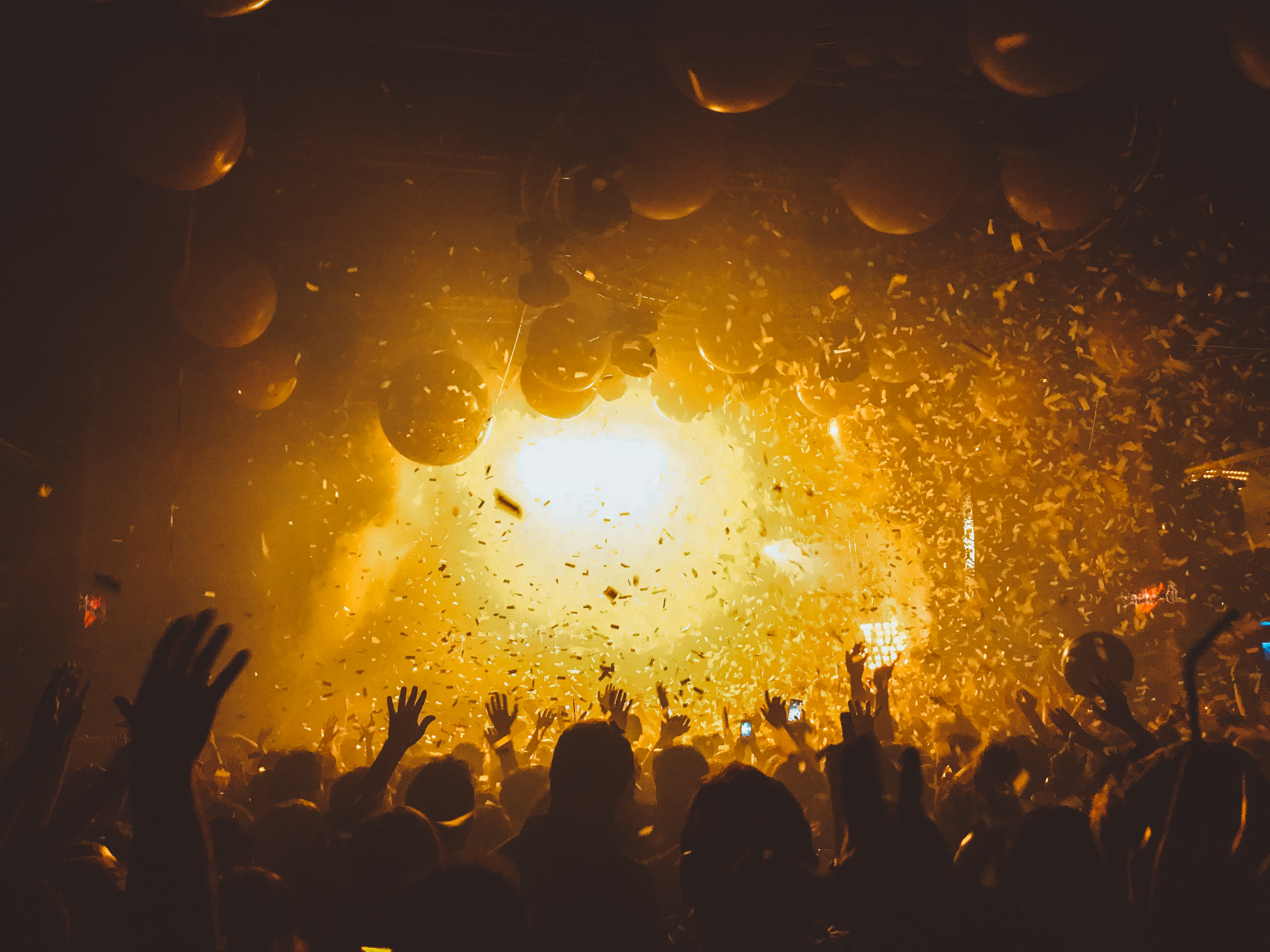 By Beth TablerDecember 31, 2019No Comments

What Have I Been Up To?

Hello! I wish you all a merry New Year full of wonderful stories and inspiration!

1. Are there any books you started this year that you need to finish?

Narrative of the Life of Frederick Douglass by Zarle Williams

Tells the story of a slave who was determined to be free. Adapted by Zarle Williams, based on the autobiography by Frederick Douglass.

From the New York Times bestselling author of the Artemis Fowl series comes a hilarious and high-octane adult novel about a vodka-drinking, Flashdance-loving dragon who lives an isolated life in the bayous of Louisiana—and the raucous adventures that ensue when he crosses paths with a fifteen-year-old troublemaker on the run from a crooked sheriff.
In the days of yore, he flew the skies and scorched angry mobs—now he hides from swamp tour boats and rises only with the greatest reluctance from his Laz-Z-Boy recliner. Laying low in the bayou, this once-magnificent fire breather has been reduced to lighting Marlboros with nose sparks, swilling Absolut in a Flashdance T-shirt, and binging Netflix in a fishing shack. For centuries, he struck fear in hearts far and wide as Wyvern, Lord Highfire of the Highfire Eyrie—now he goes by Vern. However…he has survived, unlike the rest. He is the last of his kind, the last dragon. Still, no amount of vodka can drown the loneliness in his molten core. Vern’s glory days are long gone. Or are they?
A canny Cajun swamp rat, young Everett “Squib” Moreau does what he can to survive, trying not to break the heart of his saintly single mother. He’s finally decided to work for a shady smuggler—but on his first night, he witnesses his boss murdered by a crooked constable.
Regence Hooke is not just a dirty cop, he’s a despicable human being—who happens to want Squib’s momma in the worst way. When Hooke goes after his hidden witness with a grenade launcher, Squib finds himself airlifted from certain death by…a dragon?
The swamp can make strange bedfellows, and rather than be fried alive so the dragon can keep his secret, Squib strikes a deal with the scaly apex predator. He can act as his go-between (aka familiar)—fetch his vodka, keep him company, etc.—in exchange for protection from Hooke. Soon the three of them are careening headlong toward a combustible confrontation. There’s about to be a fiery reckoning, in which either dragons finally go extinct—or Vern’s glory days are back.
A triumphant return to the genre-bending fantasy that Eoin Colfer is so well known for, Highfire is an effortlessly clever and relentlessly funny tour-de-force of comedy and action.

From Jeremy C. Shipp, the Bram Stoker Award-nominated author of The Atrocities, comes a tense dark fantasy novel of psychological horror in Bedfellow.
It broke into their home and set up residence in their minds.
When the . . . thing first insinuated itself into the Lund family household, they were bemused. Vaguely human-shaped, its constantly-changing cravings seemed disturbing, at first, but time and pressure have a way of normalizing the extreme. Wasn’t it always part of their lives?
As the family make more and greater sacrifices in service to the beast, the thrall that binds them begins to break down. Choices must be made. Prices must be paid. And the Lunds must pit their wits against a creature determined to never let them go.
It’s psychological warfare. Sanity is optional.

YOU DIE WHEN YOU DIE . . .
You can’t change your fate – so throw yourself into battle, because you’ll either win or wake up drinking mead in the halls of your ancestors. That’s what Finn’s tribe believe.
But when their settlement is massacred by a hostile tribe and Finn and several friends, companions and rivals make their escape across a brutal, unfamiliar landscape, Finn will fight harder than he’s ever fought in his life. He wants to live – even if he only lives long enough to tell Thyri Treelegs how he feels about her.
The David Gemmell Award nominated author of Age of Iron returns with You Die When You Die – in which a mismatched group of refugees battle animals and monsters, determined assassins, depraved tribes, an unforgiving land and each other as they cross a continent to fulfill a prophecy.

There Before the Chaos (The Farian War #1) by K.B. Wagers

The battle for the throne is over. The war for the galaxy is just beginning.
Hail Bristol, former gunrunner and newly-crowned Empress of Indrana, looks forward to retiring her gun and rebuilding her Empire in peace. After a bloody civil war laced with regicide, betrayal, and foreign plots, Hail and her people are braced for years of necessary reconstruction and reform.
But when Indrana’s closest ally asks Hail to intervene in an interstellar military crisis, she must instead embark on the highest stakes diplomatic mission the Empire has ever faced. Caught between two alien civilizations at each other’s throats, she must uncover each side’s true intentions before all of humanity becomes collateral damage in a full-blown galactic war

Highlander meets Seven in Nick Mamatas’s Sabbath.
The infamous eleventh-century warrior Hexen Sabbath is plucked from death and certain damnation by a being claiming to be an angel of the Lord, and finds himself dropped into contemporary Manhattan with no clothes, no weapons, no resources, and one mission–to track down and kill the living personifications of the Seven Deadly Sins before they bring about Armageddon.
With time running out and his only ally a destitute art gallery owner, Sabbath must fight his way through New York’s elite and challenge the world’s most powerful man, or an eternity of suffering will be his, and our, only reward.

Life-long friends, they went their separate ways. Now they are together again, though each holds secrets from the others in his heart. They speak of a world shadowed with rumors of war. They speak of tales with strange monsters, creatures of myth, creatures of legend. They do not speak of their secrets. Not then. Not until a chanced encounter with a beautiful, sorrowful woman who bears a magical crystal staff draws the companions deeper into the shadow forever changing their lives and shaping the fate of the world.
No one expected them to be heroes.
Least of all themselves.

Self-anointed guru of the Digital Age, Guy Matthias, CEO of Beetle, has become one of the world’s most powerful and influential figures. Untaxed and ungoverned, his trans-Atlantic company essentially operates beyond the control of Governments or the law.
But trouble is never far away, and for Guy a perfect storm is brewing: his wife wants to leave him, fed up with his serial infidelities; malfunctioning Beetle software has led to some unfortunate deaths which are proving hard to cover up; his longed for deal with China is proving troublingly elusive and, among other things, the mystery hacker, Gogol, is on his trail.
With the clock ticking- Guy, his aide Douglas Varley, Britain’s flailing female PM, conflicted national security agent Eloise Jayne, depressed journalist David Strachey, and Gogol, whoever that may be – the question is becoming ever more pressing, how do you live in reality when nobody knows anything, and all knowledge, all certainty, is partly or entirely fake?

2. Do you have an autumnal book to transition into the end of the year?

I wish I did. That sounds like a fun transition to make.

3. Is there a new release you’re still waiting for?

Yes there are some great books coming out. Mostly, I am hoping to get my hands on The new Seanan Mcguire book to review, Come Tumbling Down.

4. What are three books you want to read before the end of the year?

I am hoping to finish Sabbath, and Zed. But it is only a few days, so I am not going to stress to much about it.

5. Is there a book you think could still shock you and become your favourite book of the year?

6. Have you already started making reading plans for 2020?

Oh yes! I plan on attempting to finish Stephen King’s catalog and a few reading challenges. I have about 120 books thus far to attempt to read.