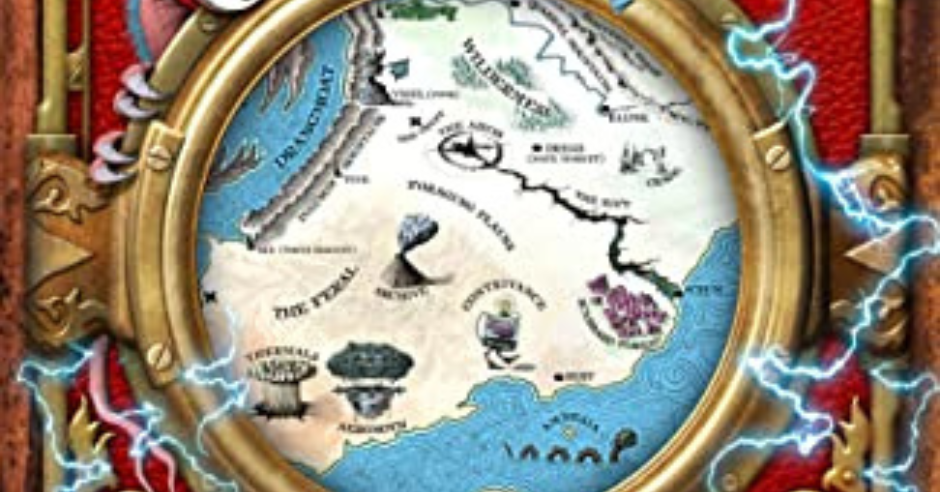 if you like your books to be hectic, hilarious without being crass, and heavily influenced by Douglas Adams, I urge you to pick up DEBUNKED. It’s well polished and a lot of fun.

Sometimes adventure knocks. Other times, it kicks the door in.

“Dearest Alexandria and Ozymandias,
If you are reading this, I have perished. My demise likely involved some manner of spiked pit or curiously fanged beast, so it’s doubtful I suffered long. Do not try to find me—the path is too perilous, and I am lost to the mortal plane.”

When Alex and Ozzie read their grandfather’s latest “death” letter, they barely blink. Dying six times in two years has to be a record, even for an explorer as incompetent as Sir Quidby Forsythe III.

Faster than you can say “kidnapped by a giant, glowing lizard,” the Forsythe twins are dragged into a world of ancient prophecies, sarcastic swords of legend, mutant slime beasts, and a growing awareness their grandfather might be the greatest explorer in history.

With Skhaar the Annihilator hot on their trail, Ozzie and Alex must solve the mystery of Sir Quidby’s disappearance before they become the final victims of the Forsythe Curse.

It’s safe to say that DEBUNKED by Dito Abbot gets off to a strong start. If I had to make a comparison, it would be like if Douglas Adams wrote YA characters instead of Arthur Dent. We open with a letter from Ozzie’s grandfather, Sir Quidby. “I bequeath to you my travel journey,” the letter says. “Do NOT open it (but when you inevitably ignore my wishes and plumb its depths, remember; mystery and danger are jealous companions—you cannot flirt with one without courting the other).” And of course, chaos almost immediately ensues.

I very much enjoy the humour of Abbot’s work. It’s very tongue-in-cheek, very self-aware, never overly clever, nor crass or uncomfortable. Humour is such a moving target from person to person, but most of the lines that I’ve highlighted were ones that made me laugh literally out loud, and I applaud that accomplishment!

Ozzie and his sister Alex are cleverly realized. Ozzie is quiet and a little bit awkward. Alex is our intrepid adventurer. Their sibling energy is on point throughout.

Mrs. Willowsby is a standout favourite. I loved this fierce maternal warrior, who seemed to live “undercover” as Sir Quidby’s housekeeper.

When Sir Quidby’s funeral is rather rudely interrupted by (as yet) unknown villains, Ozzie and Alex find themselves swept away into a world they didn’t know existed—and they team up with characters who are looking for Sir Quidby. The technology that Ozzie and Alex encounter is in turns interesting and hilarious. The Babel fish analogy was appropriately horrifying but useful.

It’s in the aforementioned chaos that DEBUNKED begins to lose me a bit. I found the action hard to track, and we need to learn a lot about the in-world technology and species in order to keep up. This is a valid method of storytelling—I’m sure Ozzie and Alex felt pretty overwhelmed in their new reality!—but it’s something that I always struggle with. I found myself having to reread passages to figure out what I’d missed. And while the book was still very funny, I didn’t always know what I was laughing about.

What I liked about Ozzie and Alex also, in some ways, added to the struggle. While I liked that they were both rather level headed as far as YA protagonists goes, this also meant that the story was being driven mostly by another character, Pascal, an inventor who also knew Sir Quidby. Pascal is anything but level headed. He’s impulsive, irreverent, and the questionable success of his inventions often pushes the chaos along. Having him drive the story might have been better served if he was given a POV through the book. As it was, I found that at times the chapters were so focused on what Pascal was doing that I would forget whether I was reading Ozzie’s or Alex’s POV, which made it harder for me to keep track of what, exactly, was happening. I will absolutely acknowledge that this is my preference as a reader showing, and not necessarily a criticism of Abbot’s style. It’s just a mismatch of Abbot’s execution against my taste.

Added to this, whenever I try to think of comps for this book, they’re all sci-fi. The talk about technology, the airships, the electricity as a weapon. There’s some mention of dynami, which might be the in-world term for magic, and yes there is a sword, but it’s an overall vibe that shelves this book in sci-fi in my brain, especially with the strong Hitchhiker’s Guide influence. This, in of itself, is not a problem. However, this contest is for fantasy, so I begin to wonder if DEBUNKED might be a better fit for our sister contest, SFSPC. (Mr. Abbot, if you’re reading this, keep an eye on that contest. Maybe when they’re open for submissions, you could offer up DEBUNKED if you’re brave enough to take a second swing.)

All in all, if you like your books to be hectic, hilarious without being crass, and heavily influenced by Douglas Adams, I urge you to pick up DEBUNKED. It’s well polished and a lot of fun.

This is, however, a cut for SPFBO.

I hope it’s some consolation to the author that I bought a physical copy for my daughter. She’s a lot smarter than me and she’s already enjoying it a lot!

Additional #SPFBO8 Posts To Check Out

#SPFBO8 Review and Cut – Empire Under a Dying Sun by Joseph O. Doran

Krystle Matar has been writing for a long time, but things got serious when Tashué Blackwood walked into her life, an amber-eyed whirlwind. Legacy of the Brightwash is her Romantic Grimdark debut, and she expects to exist in this universe for a while. She has a lot of children and even more animals and one very excellent husband. She reads across many genres, from grimdark to romance to historical fiction to comtemporary Private Eye mysteries to Michael Pollan's brilliant investigative journalism about food and some illicit substances. For research.