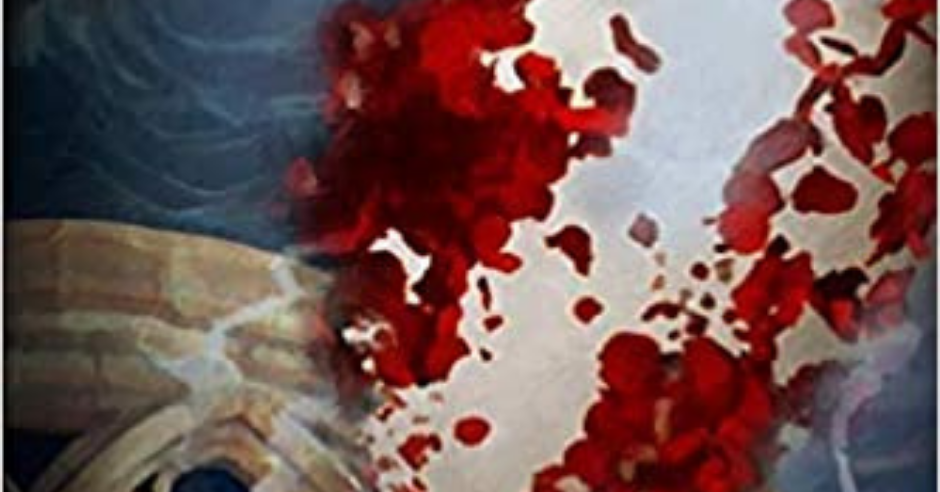 The characters feel real and show good signs of depth and emotion early on.

“In a world still scarred two centuries after a nuclear holocaust, a military academy in an embattled nation has been turning out brilliant officers whose skill in fighting is exceeded only by their devotion to the law of courtesy. Then two of its elite students uncover a secret that has haunted its founder for twenty years. As the building scandal threatens Ryswyck Academy, their friendship becomes an indispensable grace for their community and the linchpin of a perilous solution to their country’s desperate struggle.

Lieutenant Stephanie Speir has just won a place in Ryswyck’s junior officer cadre. Her buoyant, balanced joy in combat is shadowed by the illness of her father, a retired intelligence officer and former prisoner of war. In the single-combat arena she faces Lieutenant Walter Douglas, the youngest son of a rural family, and they kindle an unshakable friendship.

That friendship becomes their anchor when a security breach reveals to them the dark secret behind General Barklay’s drive to found Ryswyck Academy. Already troubled by Ryswyck’s isolated culture and the problems of translating the ideal of courtesy to modern warfare, Douglas becomes profoundly disturbed by the revelations of Barklay’s past participation in a heinous act.

His only confidant is Speir, who up till this moment had been shielded from the details of her father’s experiences as a prisoner in Berenian hands. Barklay’s secret sets Ryswyck’s loving ethos against the context of a brutal war with Ilona’s enemy across the strait, a contrast that only grows starker as the two friends take commissions at an inhospitable island base.

Soon Speir and Douglas find themselves drawn not only into the looming threat of scandal, but into the overwhelming prospect of battle, which will put their skill, their courtesy, and their friendship to the ultimate test.

I’m here with the first cut of my initial allotment of books for SPFBO 7. I read the first 25 percent or so of the book and decided to add it to the cut pile. This was a difficult decision for me because I’ve actually been enjoying this read and I still plan to finish it and hopefully review it outside of SPFBO.

Again, I have to admit I’ve enjoyed reading this book so far. It’s well written in terms of prose and dialogue though the pacing is a little slow. It took up to the first 25 percent to finally start to see where things were going and what the conflict might be within the story. At the same time the slow pace didn’t bother me because I was really into the characters. In fact this may be more of a character driven novel which is something I tend to like. The characters feel real and show good signs of depth and emotion early on. I’m a huge fan of the “fantasy school” narrative device for reasons I won’t go into, but suffice it to say books that incorporate one are right up my alley. I’m also a fan of military fantasy and science fiction. Inman also does a great job with the few fight scenes encountered up to this point, scenes all set within “the arena” at the school where students square off against one another in various styles of combat. These few action scenes are exciting and very fluid. Then there’s that whole Courtesy thing, which I noted as a strange and noble virtue at a military academy but it’s a really interesting theme within the story that I’m eager to explore more.

So I’m sure you’re wondering, why I’ve decided to cut it if I’m liking it so much and it includes so many elements and devices I love to read in speculative fiction. Well, it’s because I don’t think it’s fantasy. It feels more like science fiction, and SPFBO is a contest for fantasy. Now I know we can debate what’s fantasy vs. science fiction, and yes I know there’s a lot of overlap, but everything in this book has the feel of things that are possible with our current technologies or could be possible at some future point. I haven’t come across anything that ventures into the realm of fantasy. So while I’m enjoying this book I have to cut it to stay true to the parameters of the competition. I do still plan to finish it and review it apart from SPFBO because I think it deserves it.

offthetbr.wordpress.comI can’t tell you how excited I am to be a part of this SPFBO team! I LOVE self-published fantasy, and though I’ve only been reading it a few years it has become a staple of my TBR pile. How did I get here? Well…

Back in 2018 I made a goal to read more debut novels. I was contacted by a few self-published authors who asked if I’d be interested in reading their debuts. At first I wanted to say no because I was under the impression that if you were self-published it had to mean your book was bad otherwise a traditional publisher would have picked it up. I had a lot to learn. And thank the literary gods I agreed to give them a try because they became my gateway to a whole new world of great fantasy.

Soon after that I discovered the Self Published Fantasy Blog Off (#SPFBO) hosted by Mark Lawrence and I quickly discovered there were many more great self-published fantasy stories out there. I’ve followed SPFBO each year since and It’s been one of the best ways to discover great new fantasy reads. I then decided to host Self-Published Fantasy Month on my blog, Off The TBR. For the last three years during the month of September I’ve done that, and this past year had help from a few other friends including our team leader Beth Tabler. So when Beth asked me to join her team this year I jumped at the chance. I can’t wait to see what this year brings!