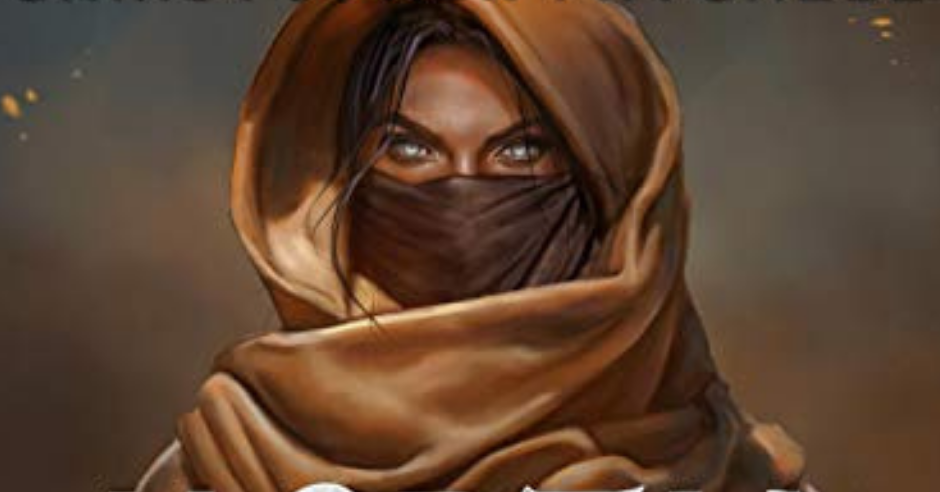 By Jason AycockMarch 24, 2022No Comments

A city ruled by Gods, a mortal champion, a misfit girl and a disobedient dragon…

The Mortal Blade is a solid fantasy story; one that readers who love military and political fantasy, as well as stories with huge winged lizards will enjoy. And if you like books where the gods walk among us then this should be right up your alley too. The Mortal Blade won’t hit you in the feels, it won’t rock your foundations, but it will give you hours of enjoyment when you need a good read to settle into.

The narrative starts off strong with an opening scene filled with deception and close-cut action. It was a great way to begin the book and felt like the opening to a movie. I thought it was really well done and was a great intro to one of the main characters and some of her special abilities. That first chapter hooked me and did it’s job of establishing my expectations for what would follow.

Christopher Mitchell’s writing, from beginning to end was solid and the pacing was very even. I never felt like there was a long slog in the middle, or that it dropped off at the end. Quite the opposite really. Each chapter was paced well with narrative tension and action building toward a climax and then settling in for the start of the next. I never felt bored and my mind never wandered with this read. Mitchell’s writing was as good as his pacing. I can’t remember a single instance of stumbling over a weird turn of phrase or word choice; the dialogue was on point; and while the prose wasn’t purple or flowery, for this kind of book it isn’t meant to be. I don’t want to call it journeyman because that implies a slight insult, but it just worked as needed. Like I said, it was just solid from start to finish.

I also thoroughly enjoyed the characters. The blurb for the book only mentions two which is a little disappointing because there are two more primary POV characters (Aila and Daniel) who add significantly to the story, one of whom was a favorite. And there’s one non-pov “character” who adds some very important flavor and drama to the story who I found myself looking forward to reading about more and more as the chapters flew by. Each character is varied in skills, abilities, and background and pushes the plot along in their own unique ways. I can see where some readers may be annoyed by Daniel, the young lieutenant in the city guard (for reasons I won’t get into here), but I liked his character development. I don’t necessarily like him but I did like what he brings to the book in terms of conflict and drama within the larger story. I also think he’ll be more important in future books. At first I thought Corthie was way overpowered, but as time went on those feelings were assuaged as more of the history and worldbuilding was brought to the fore. Aila was something of a badass (like Corthie) and has some awesome abilities, and she brings a good bit of conflict and drama to the plot as well. Maddie was fun and had that rebellious snarky quality I enjoy in characters. But the characters are where my first quibble’s with the book are found. What I said about Corthie being a little OP still has a negative side. He’s waiting for his sister to arrive to rescue him, but in reality he doesn’t need her. It seemed he could rescue himself without any help from anyone else if he wanted to, and that makes me wonder if the plot could have or should have gone in a slightly different direction earlier than it did. Then there’s the love story that develops between a couple of the characters. I’m not opposed to love stories at all, but this one was just a bit far-fetched in terms of how quickly it happened, and the dynamics between the characters. I won’t give it away here, but when you read it I’m sure you’ll understand what I’m talking about. The love story just didn’t work for me and unfortunately, it does help to drive part of the plot later in the book. It wasn’t enough of an issue for me to become frustrated with the story, but I did shake my head at it.

The worldbuilding in The Mortal Blade was something I enjoyed but at the same time it also warred with my suspension of disbelief. The entire story happens within the confines of a single large city. And it seems that the entirety of humanity exists within this one city. Every year on a seasonal cycle the greenskins (seems like orcs…maybe not) appear outside the walls and lay siege to the city, and every year the soldiers on the walls fight them off. It’s a pretty cool concept and leaves a lot of mystery about what else is in the world and how big it is. But that’s also where things began to give me pause. There’s a LOT of people in this city. It’s pretty huge. How do they sustain themselves? How do they grow enough food within the walls; how do they have enough wood for fires to heat and cook; how do they get enough water; how do they get enough materials to make things if there’s no one else to trade with? Now, there does seem to be some connection to perhaps another world outside of this one but it isn’t really explored much. I kept getting hung up on this point and eventually I just told myself to ignore it and enjoy the book, which I did, but these questions always lurked in the background.

What I enjoyed most however is what you’d hope to enjoy most with a book. The story. I dug it. A family of gods and demi-gods who rule a city in person. A city made up of have’s and have nots, the nobility, the poor, the soldiers, and the criminals. Only this family of gods is VERY dysfunctional. They’ve already undergone one civil war centuries ago and now a new one threatens. The city is something of a powder keg looking for a spark. Add the threat from without to the rising threats from within and well…you’ve got an interesting story on your hands.

The Mortal Blade is the first installment of The Magelands Eternal Siege series of which, at the time I read it, there were six more books! This isn’t the first Magelands story, however. There are two more series, The Magelands Origins, and The Magelands Epic. I didn’t at any time feel like I needed to have read the other series to appreciate or follow along with this one. There were a few instances where I might have understood a little more of the backstory had I read them, but it wasn’t necessary.

I do hope you’ll give this book a look. I enjoyed it and I think most of you will too. I definitely plan to check out more of the stories in this universe.

Check Out The Mortal Blade as Well As The Full Series