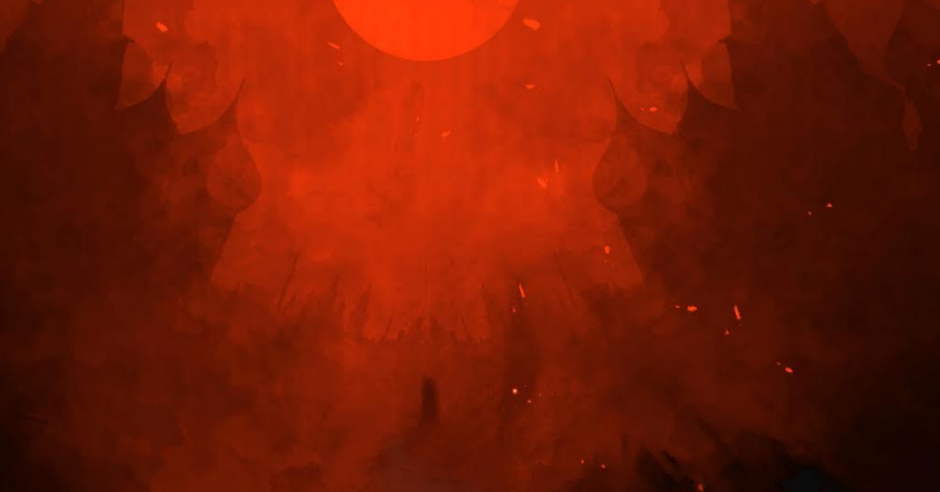 I have a cold little grimdark-loving heart. And I let out a mighty squee when I saw that this book had made the finals.

Noryska Groans is a dark low fantasy story by the fantastic duo of Clayton Snyder and Michael Fletcher. It is a world that forgives nothing, and your frozen carcass won’t be found until spring. 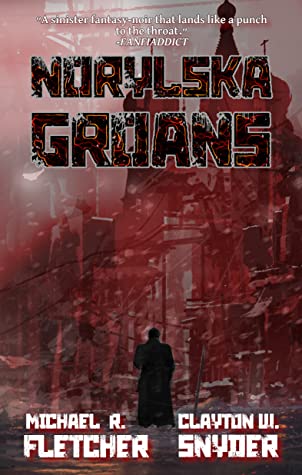 I am very familiar with Fletcher and Snyder’s work. I have previously read both of their work and knew that they would wreck me with this story. I have a cold little grimdark-loving heart. And I let out a mighty squee when I saw that this book had made the finals.

“The debt collector, Pyotr, smiled, a slimy thing that seemed to want to crawl around the side of his head and escape to the thicket of his hair.”

The premise of the story follows two voices. The first, Katyushka Leonova, is a woman seeking restoration of her family’s name and the courage to ask for more than the paltry scraps of love and respect offered to her. The other voice is Genndy Antonov, a man trying to survive and support his young family. But he has a particular set of skills that the less savory folks would like to utilize. Their narrative arcs swirl around each other like two tornados until their stories begin the inevitable of slamming into one another.

Kat is a woman who wants to rediscover and reclaim a life she previously held. At the start of the story, Kat defines herself by the men around her. Her father’s daughter. Her boyfriend’s girlfriend. Her boyfriend is ineffectual and weak, and while he has never hit her, Kat feels battered. She feels like a woman who has been abused by everyone around her for so long she doesn’t know the difference anymore. Kat is told that instead of a typist position she was applying for, she will become a police officer of a sort. It is a trial position, as she is the only woman serving. It is so far out of her comfort zone it is staggering.

“If the world wanted blood, he would give it blood.”

Gen is a man who wants to be different and escape the violence of his soldiering life. He has a young family with a baby on the way and feels a deep need to be a good provider for his wife and baby. At the beginning of the story, he is let go from his job, which means death for his family from the cold or hunger in Norylska. He feels like he has very few options. And when an opportunity presents itself.

Worldbuilding-wise, Fletcher and Snyder’s Norylska is a brutal beast of a place. It has a personality all of its own, a hulking creature that slices open the stomachs of those who are weak to watch their steaming entrails spill across the floor. There is no forgiveness or mercy in the cold north. That idea, that bleakness permeates every aspect of Norylska Groans, from the snow on the ground to the very air the characters breathe. It is evocative and crushing for both the characters and the reader.

The real Norylska or Norilsk squats in northern Russia are home to the world’s largest nickel deposits. It is a brutally cold place and the second-largest city in the Arctic circle. I can see how the duo borrowed the general idea of the city, but they truly made their Norylska all their own.

The magic of the story, while important to the story arc, felt like it played second to the excellent characterizations. Magic in the story is encased in memory stones. Items that while the user wears them, they experience the memories and personality of every person who had previously worn them. It isn’t a perfect memory transference, but the new user gets the general feel of previous wearers. When they take off the stones, the memories accumulated while wearing them dissapear. You can see how that might appeal to those who have the need to do violence or morally objectionable things. Once the stone is off, poof, the memory is gone.

“It is neither the job of the institutions of the state nor that of your fellow comrades to support you. Instead, it is your own right, the right of every true patriot, to lift themselves up and build their own fortress amid the injustice of the world. The weak will fall away, leaving true stone behind. Only then can we begin the work of fortifying”

I tip my proverbial cap to Fletcher and Snyder for this bit of magic use. They had to write multiple versions of characters, stone on and stone off. And the characters need to feel right, an extension and blending of the original personality with something else. This isn’t easy to do, and the duo nailed it. The two characters are two halves of a whole. They are very similar when you look at their situations. Both seek to better their lives. Both get sucked into a position they cannot control, like a whirlpool down a drain but with violence.

My only real issue with the story is the pacing. It felt disjointed, and it slowed down quite a bit in some parts. It was a good story that picked up quite a bit at the end, but the first 75% of the Norylska Groans was difficult for me. Nothing was singing for me, nothing to latch onto that made me turn from page to page. As a reader, even with all the positives, I still had a hard time going from chapter to chapter in the beginning.

Because of the pacing, I had to give this a lower score. Aside from that, believe me when I say this is a seriously well-done book. Fletcher and Snyder deserve to be in the finals, and I knew going in that this would be a seriously cool world, and they did not disappoint.