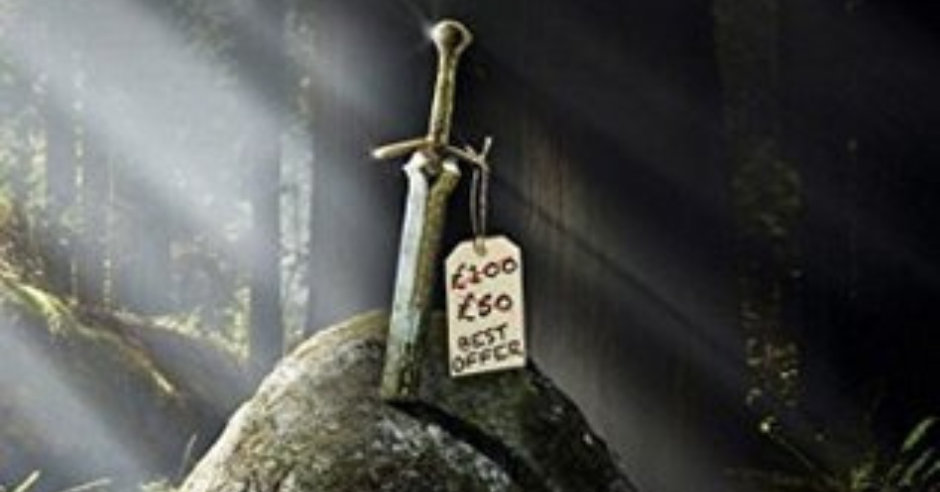 #SPFBO7 Cut and Review – The Wrong Sword by Ted Rabinowitz

I recommend this book if you like snarky characters, witty banter, fast paced action and historical fantasy.

Humour is such a subjective concept, it either hits you right in the funny bone or passes by without so much as a twitch of the lips. This is why I approached The Wrong Sword with some trepidation and apprehension. Having read up a little bit on the book and the sub-genre it sits in, I had a general idea of what I was walking into.

I needn’t have worried. The Wrong Sword is a fast paced, witty tale of Henry the Rat, a thief who resides in 12th Century Paris and makes money off selling fake legendary swords to people with too much money. When he is forced to steal a legendary sword from the Chapel Perilous, it turns out to be THE Excalibur…and she is very, VERY talkative. Excalibur is snarky, sarcastic and is adamant that Henry is a knight.

What follows is an action packed, and at times hilarious, chase across France as he is pursued by the relentless Prince Geoffrey who is obsessed with wielding the power of Excalibur. Henry meets some colourful and well-developed side characters such as Percy the Knight, who is a bit of an idiot, but has a heart of gold and Brissac, who is Geoffrey’s right hand man, torn in his loyalty to his increasingly crazed boss.

Ted Rabinowitz writes with a clear and concise prose the flows along well, in that, it only took me a few days to read. It’s fast paced with no real slumps or dips in the narrative, though the French place names slowed me down on occasion, though that’s a me problem, rather than the fault of the author. He has obviously done his research in this period or is knowledgeable of the era as that certainly shows throughout the story.

My only real criticism is again a subjective and personal one, in that I felt that the tonal shifts from comedy to drama were sometimes a little jarring and took me out of the narrative at times. Towards the back end of the book, the story has quite a serious tone and quite a bit of drama. But other times it worked perfectly, particularly between the internal conversations that Henry has with Excalibur which I frequently found myself chuckling at.

I recommend this book if you like snarky characters, witty banter, fast paced action and historical fantasy. I had a lot of fun with this book, but because of some of the jarring tonal shifts, this is a cut for me.