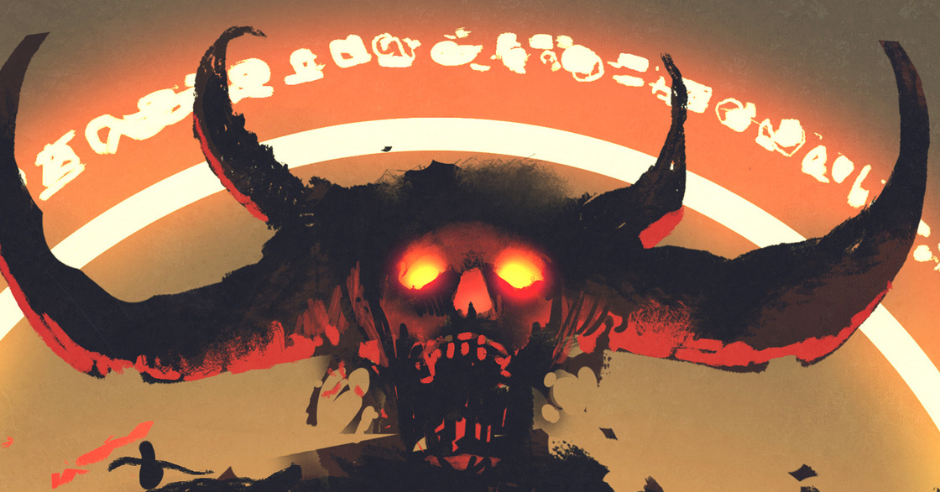 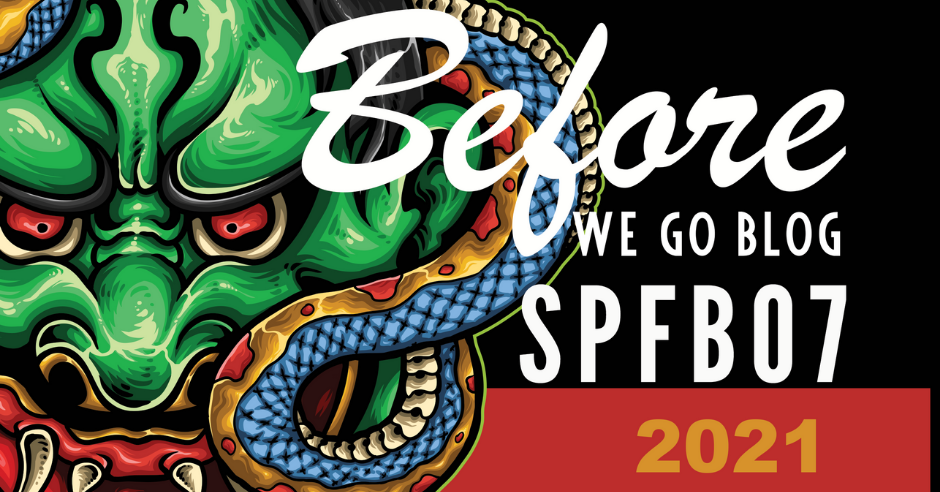 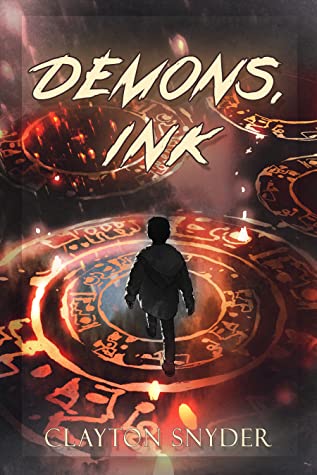 But he’s about to find out some things aren’t worth the money. When a job he can’t refuse lands in his lap, Jack enlists the help of friend and witch Ivy to track down a missing kid. What he finds instead is just the tip of a dangerous iceberg, and as unseen forces work to make his life hell, he’s caught between the demons bound to him, and the devil he doesn’t know.” – Goodreads Blurb

We at team Before We Go Blog were each given a small batch of books to read, and to then choose one which will advance to the next stage of our selection process. That should give us nine or ten books which we will later narrow down to a few semifinalist candidates. My selection to move on to the next round is Demon’s Ink by Clayton Snyder.

Demon’s Ink is a dark and brutal urban fantasy. There isn’t really any other way to describe it. The protagonist Jack Nyx is something of a private investigator, only he doesn’t just work for people who can’t get help from the police…he also tends to do a lot of work for less than savory characters. Like crime bosses. He doesn’t necessarily love his work, but hey it’s work. The other thing you need to know about Jack is he has demons. Not the metaphorical kind, but the real kind. More than one. He’s learned to “control” them through the use of tattoos (hence the ink part of the title). They give him powers no ordinary person has. There are others out there like him, there are celestials (think angels), witches, the list goes on. They all exist within the regular world, hidden in plain sight.

Jack is down on his luck and nearly broke. His relationships haven’t worked out, he’s been abused, his parents (real and adoptive) are gone, and his best friend’s head is floating in a jar in his apartment. The head can still talk btw. This is the best friend he had killed because…well…there’s a story behind that but I’ll let you read about it. I just mention it to give you a feel for how this story sets itself up. A new job lands in Jack’s lap and he can’t say no to it. Only he isn’t prepared for what’s to come.

Demon’s Ink hits hard and every lesson is one written in pain. Like I said above, it’s dark and brutal. Jack (and EVERYONE around him) is put through the wringer and beat, cut, shot, blown up, you name it. Demons, witches, and celestials all battle it out amid the every-day lives of normal people who are otherwise unaware. And Jack is caught in the middle of it. And poor Jack, he can’t get a break. It’s one bad thing after another, and as you read you discover that’s been his life; one bad thing after another, and every time there’s been a glimmer of hope it’s been quashed. Hard. This current case is no exception as it drags up his past in ways he never expected.

To help alleviate the dark and brutal aspects of the story Snyder weaves in a lot of sarcasm, wit, and snark. I’ve only read one other book by Snyder, but I feel like this is something typical of his writing. Some readers really don’t like stories filled with these elements, but I think they serve a real purpose here. Without the banter associated with them the book would feel very, very heavy. The sarcasm, wit, and snark help to make things a little lighter, and keep a bit of hope and sunshine present when things get really bad. It’s always good to have a little laugh to break the tension.

Demon’s Ink takes detective noir fiction and adds a fantasy element. Nyx fits that down on his luck, surly, victimized investigator who has some addictions and habits that make him the kind of person the police don’t wish to associate with, and throws in some demon possession, magic, and supernatural climactic battles for thrills. That, and Nyx’s clients are often the bad guys. The narrative follows the typical noir pattern, random stranger brings a case, detective doesn’t want it but needs to pay bills, detective takes the case against his better judgement because bills and he wants to help the innocent, things go sideways really quick, more bad things happen, plot twists and turns, and then climax. It’s told in the first person from Nyx’s point of view, partly in the present to move the story along, and partly with flashbacks that help to explain he got to this point.

The book isn’t long (the paperback is only 220 pages) and the pacing is fast. The scenes in the present tend to move along quickly with lots of action. Snyder throws in those flashback scenes to give some background, but they also help to slow things down every so often to allow the reader (and the characters) time to catch their breath. The back and forth between the two work well together, dashing forward with the narrative and slowing down to build some depth, without which you wouldn’t have the emotional tie to, and investment in Nyx’s character.

Those emotional ties and that investment come through some of the themes in the book. I’ve already mentioned them above, but they deserve additional comment because they are woven throughout the story. Pain and abuse are both significant aspects of Nyx’s life. He was abused as a child and the pain of that abuse has carried forward into his adult life. He can’t escape from it and it informs his actions and decisions. The pain and abuse are also large factors in what makes this a dark story. And though the demons are very real and not meant to be a metaphor it’s easy to see how they can be read as a metaphor to real life in our world; to see how abuse and suffering can lead to struggles with our own personal “demons.” This is one of the ways I think fantasy does a great job of allowing us to explore our lives through metaphor.

Demon’s Ink doesn’t break new ground in detective noir fantasy, but it is a solid read. Snyder hooked me in the first couple pages and I was invested through to the end. I was never bored and I never felt pulled out of the narrative. I tend to like detective noir and like any well written version of it I was dying to know what would happen next, where the next plot twist would come, how Nyx would overcome it, and who the real baddie was behind it all. Add in the demons and all the other supernatural elements and it just got more tense and exciting. While the darker elements may turn off some readers (there’s even some off-screen child sacrifice) I felt drawn more to Nyx’s character because of them, and found myself thinking about how we treat people, especially when they are young, and the lasting impact such actions have on their lives.

Demon’s Ink is my selection to move forward to the next round with team Before We Go Blog. We’ll see how it fares with the others to come… 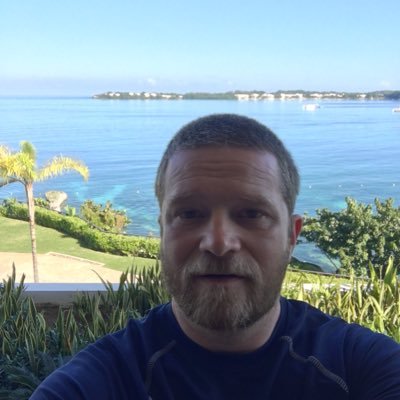 offthetbr.wordpress.com I can’t tell you how excited I am to be a part of this SPFBO team! I LOVE self-published fantasy, and though I’ve only been reading it a few years it has become a staple of my TBR pile. How did I get here? Well…

Back in 2018 I made a goal to read more debut novels. I was contacted by a few self-published authors who asked if I’d be interested in reading their debuts. At first I wanted to say no because I was under the impression that if you were self-published it had to mean your book was bad otherwise a traditional publisher would have picked it up. I had a lot to learn. And thank the literary gods I agreed to give them a try because they became my gateway to a whole new world of great fantasy.

Soon after that I discovered the Self Published Fantasy Blog Off (#SPFBO) hosted by Mark Lawrence and I quickly discovered there were many more great self-published fantasy stories out there. I’ve followed SPFBO each year since and It’s been one of the best ways to discover great new fantasy reads. I then decided to host Self-Published Fantasy Month on my blog, Off The TBR. For the last three years during the month of September I’ve done that, and this past year had help from a few other friends including our team leader Beth Tabler. So when Beth asked me to join her team this year I jumped at the chance. I can’t wait to see what this year brings!