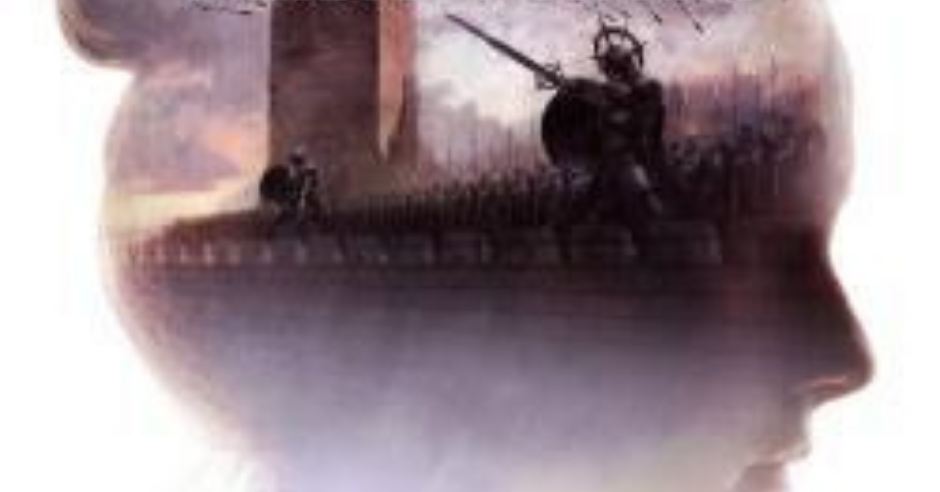 the Inner lands: Something Stirs

The Inner Lands: something stirs

For centuries, the mountainous borders of the Inner Lands had kept the monstrous Grinth at bay, and people had finally found peace. But their complacency would be their undoing, for everything was about to change. As their world falls apart around them, an unlikely bond between a young girl, beaten by her father, and a conflicted warrior, haunted by his tragic past, could well seal the fate of all humanity.

As they fight for their survival, a final battle looms. But before they can stand a chance against the Grinth, they’ll first have to conquer their own pasts. Will friendship and strength prevail? Or will the cunning and cruelty of evil twist the world into turmoil? Nothing is certain in the Inner Lands.

When Fallor called a meeting for the entire Hillock village, little did Sill know that it was just the beginning in a series of events that would reshape everything she knew about their small world. The banishing of her abusive father frees her to embark on a journey of her own. One in which she encounters incredible natural wonders like the Moonmirror Peak, mysterious people like Draneth the shaman and his hawk Tamarellin, strange men with stranger eyes; and the mighty Rydan Fort, built into the side of a mountain.

It could have been the adventure of her dreams, were it not for the monstrous creatures that pursue her all the way; bringing death, destruction and tragedy to everything and everyone she grows to cherish. The power she kept a secret for so long is too much for her young mind to handle but she’ll have to learn how to wield it, and quickly, if she’s to survive in this harsh new world.

The Inner Lands is primarily the story of two young protagonists with tragic upbringings and experiences who come to understand they have crucial roles to play in a world where the return of a looming threat that has lain dormant for centuries is imminent. The main protagonists, Sill and Kallem are tasked with coming to grips with their own traumatic experiences in order to meet the challenges of the increasingly tumultuous world around them.

The novel immediately drew me in before the story even started with the foreword from AJ Austin about his own personal journey, seeking to draw from his suffering and heartache to channel toward his creative process. He dedicates the book to anyone who has gone through difficulties, hoping that this novel reminds them that they are not alone. It’s a truly poignant foreword that sets the tone for the kind of story he tells.

The book has a psychological and character-driven tilt to it that shines through in its main cast and their internal struggles. Indeed, it feels that the title of the Inner Lands refers not only to the setting but also to the introspective nature and journey of our protagonists. The main character, Sill, is a twelve-year old with a horribly abusive father. Austin depicts her as having retreated into herself making her a thoughtful, introspective child with a vibrant personality hidden beneath an initially demure exterior. Being in her point of view allows us to experience the substantial depth that exists for her beneath the surface.

Kallem is the other main point of view in this book. He is dealing with the ramifications of having witnessed the death of family members. He’s a character that has tried to close himself off to any emotional experience in response to this horrific event. Throughout the story, we get well-acquainted with his personal conflict, as well as the intricacies and nuances to him that underly his gruff exterior. Kallem’s complicated relationship with his mother feels very authentic, and there are dramatic moments between those two that served as highlights to my reading experience.

The worldbuilding has interesting elements and lore through evoking the trope of the looming threat returning to the world. This might appeal to fans of that element of A Song of Ice and Fire by George RR Martin. I enjoyed the pacing at which this part of the story was revealed and unfurled. Aspects of magic, monsters, and mystery grace the Inner Lands in a way that I believe can entertain those who lean toward reading high fantasy and/or epic fantasy.

There were some parts of the book that I could see keeping it from working for everyone. The prose felt somewhat standard to me in the sense that it generally conveyed what was needed to tell the story without particular flourish or too many turns of phrases that stuck out to me. The plot could feel slow at times, especially in the middle of the novel. There were also some occasional spelling errors that took me out of the story. The other area that felt weakest for me was the lack of a well-fleshed-out villain or antagonist. The villains in this book are the Grinth, but they come off seeming like mostly mindless creatures and more a part of the world than characters in themselves. The lack of a fully realized antagonist could feel apropos for the Inner Lands, given that the true enemies for our characters lie within their own personal efforts to reconcile their internal struggles—in this case, the world-threatening enemy serves toward laying the stage to force them to grapple with these preexisting conflicts within themselves. In other words, it’s the inner demons rather than the outer ones that feel the most pertinent for our characters to address, even though the outer ones present an existential threat to the world. As a character-focused reader, I appreciated the internal struggles, while also wishing that they could’ve been brought out for our characters by a more personified enemy.

In all, I enjoyed the Inner Lands to the extent that I’m making it my choice to move on to Before We Go Blog’s next round in SPFBO! I’m excited to see how it fares against the other books our team has chosen for that round.