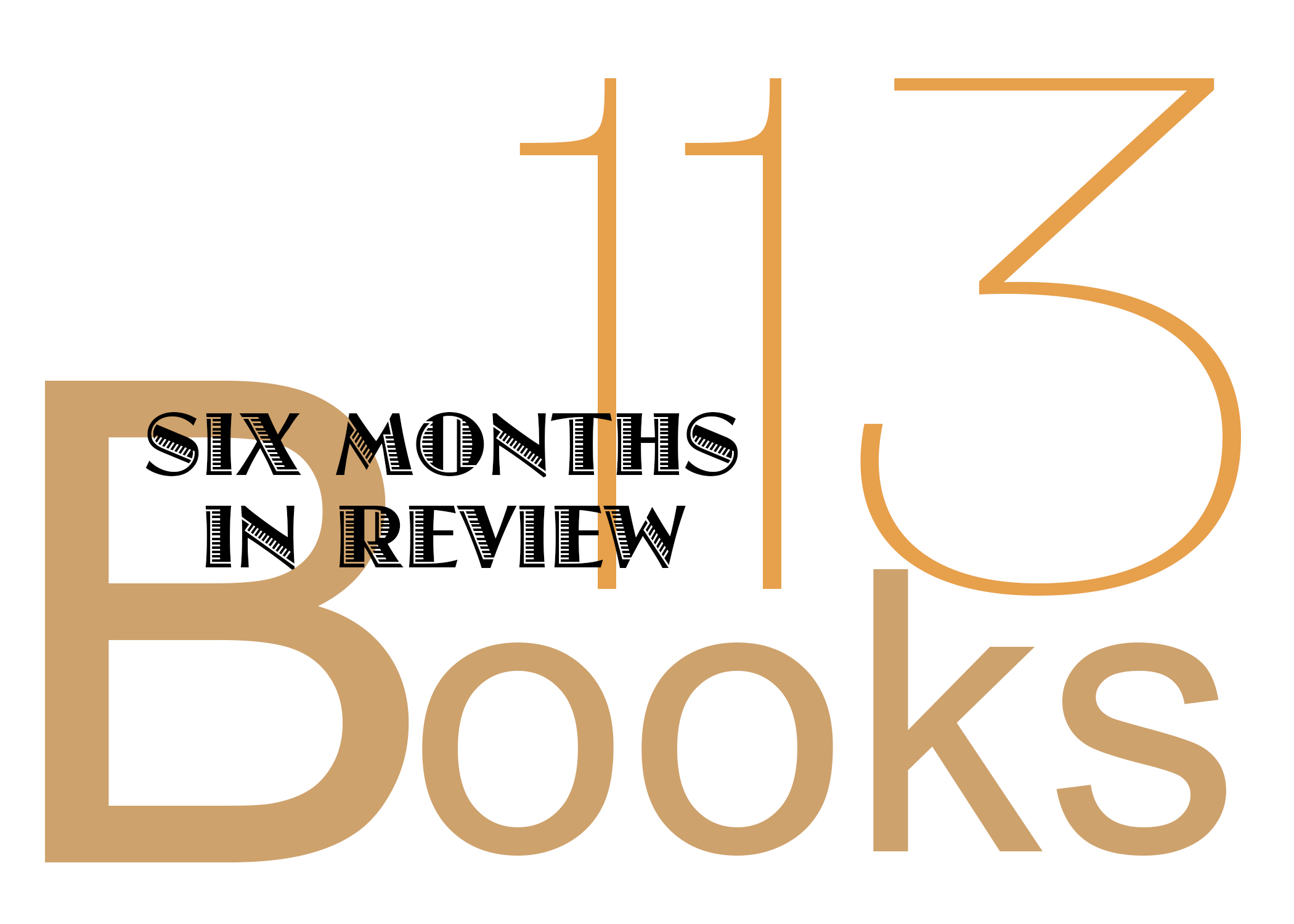 “Humans can be many things. Saviors and Sinners. Hunters and the hunted. Monsters or the divine. We are given ample opportunity to show our true colors during our lifetimes. Often humanities true colors are somewhere in the grey area as no one is any one thing and as such, we are a collection of moments. Most writers often overlook the many faces of human nature, but great writers give a plurality to their characters. It may not be easy to understand who is good and evil without thinking about it, but isn’t that real life? Mira Grant aka Seanan Mcguire is one of those great writers that celebrate the pluralism of morality in her characters, and this novella is an excellent example of this. ”

Review of Kingdom of Blood and Bone by Seanan McGuire

What have I been up to?

As I sit here and right this, it is also very fitting that today is my birthday right smack dab in the middle of the year. 6 months in and what have I accomplished. Firstly, I have read 113 books of all sorts. That includes shorter stories, graphic novels, and full length novels. I have conducted numerous author interviews (which I am so grateful to do), 13 #indiespotlights highlighting great self published, independently published or alternatively published authors and publishers. Numerous book announcements, cover reveals, and tours. As well as quite a few articles on everything bookish. All in all I have written 235 posts this year and close to 150k words. It has been a freaking amazing year and I hope that it only gets better!

Look out for some exciting new content in the upcoming months including lots more #indiespotlights. Every wednesday at 9am PST. I also hope to work closely with some other bloggers trading articles. It is a big and beautiful world out there full of talented and wonderful people that I would love to work with.

Here are Some Stats-

“The story is told in the form of a fable. How all encounters throughout the day are beautiful and should be enjoyed. It is a lesson I often forget when I find myself running a million miles an hour. It is a lesson that many of us need to be reminded of on a daily basis and I am very grateful that this book has given me a beautiful reminder.”

Review of The Worm and the Bird by Coralie Bickford-Smith

I set out a goal this year to read 100 books, I had no idea that I would hit it so soon. I extended the goal to 175 books. So may fantastic books this year! Here are some excerpts from two of the books I read.

This story isn’t Firefly, and it isn’t trying to be. But it has bits and pieces of what made Firefly so beloved. This story is a straight-up space opera complete with quipping protagonist and smart and scheming “second in command”(he isn’t second yet – but you get the vibe). I love stories like this. Space opera is the guilty pleasure of the sci/fi loving crowd. Action, sex, humor, and excitement all rolled into a little sci/fi package. If Space Opera were a food, it would be a glazed donut.

The world-building is exceptional. Galley has created a city unlike any I have read before named Araxas, City of Countless Souls. Imagine a place that stretches horizon to horizon. Dark towers of glittering crystal reach towards the sky and on the ground, the dead walk. The dead are in the form of souls. These souls are people who have died and had the souls taken into perpetual servitude. The oligarchy of Araxas is those few who can command control of the most dead. Araxas is a seat of power for the region, also as you can guess it is a seat of danger and murder….

n January 1986, fifteen-year-old boy-genius Nick Hayes discovers he’s dying. And it isn’t even the strangest thing to happen to him that week.

Nick and his Dungeons & Dragons-playing friends are used to living in their imaginations. But when a new girl, Mia, joins the group and reality becomes weirder than the fantasy world they visit in their weekly games, none of them are prepared for what comes next. A strange—yet curiously familiar—man is following Nick, with abilities that just shouldn’t exist. And this man bears a cryptic message: Mia’s in grave danger, though she doesn’t know it yet. She needs Nick’s help—now.

He finds himself in a race against time to unravel an impossible mystery and save the girl. And all that stands in his way is a probably terminal disease, a knife-wielding maniac and the laws of physics.

Indie spotlight has gone off with a bang this year!

So far 13 authors have been featured and told their respective stories, every Wednesday. So far beforewegoblog is booked till the end of the year with authors who want to tell their stories. It is exciting being able to bring authors to new readers! Not only that, beforewegoblog had been able to host quite a few guest posts from all sorts of authors talking about everything from gaming to their favorite books.

I have got the great opportunity to be a judge on Team Qwillery for the Self Published Fantasy Blog Off. The contest is 300 books judged by 10 teams, winner take all. I have my first 6 books to review, I will keep you all posted via The Qwillery.

What does the future hold? All I know is that I want to keep reading and reviewing. There are so many wonderful books coming out that it is hard to keep up, but I will try and keep you all posted on what is out there. On to the next six months!