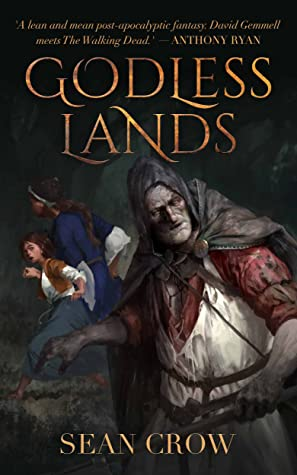 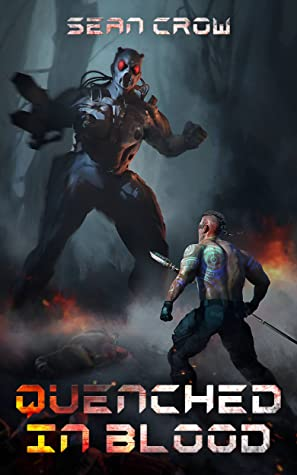 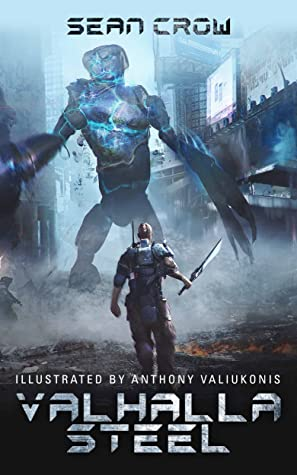 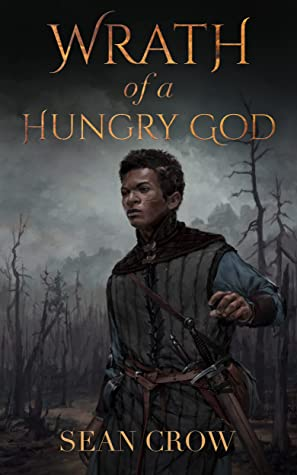 Today I get the honour of speaking to Sean Crow, an amazing person and great author of epic fantasy and sci-fi!  Sean’s current published works include: Godless Lands, Valhalla Steel, Quenched in Blood, Wrath of a Hungry God, Pipes of Clan Maclaird (in the anthology Tales from the Magician’s Skull 8) and Tainted: Lineage of the Damned.

P.L.: So honoured to be able to interview you, Sean, for Six Elementals Interviews! For those reading this post who may not be as familiar with your work as I am (I read Godless Lands, and it was an amazing read) can you please tell us, in some detail, about your books, your writing style, what we can expect to read when we delve into a book written by Sean Crow?

Sean: Well, I have four books out so far and I started publishing in the summer of 2020. My work is a pretty far cry from the likes of Tolkien and Jordan, so if you love vast worldbuilding and intricate descriptions of everyplace the story takes you, then my work probably isn’t for you. That said, if you love character focused stories and moral/philosophical dilemmas in violent worlds, then I’m your guy.

Godless Lands and Wrath of a Hungry God: These books take place in a medieval world ravaged by a disease known as ‘the Blight’ which wiped out the vast majority of all plant and animal life. These stories follow the survivors and the generations that come after as they struggle to carve a life in a dying world.

Valhalla Steel and Quenched in Blood: Gun-running Vikings caught up in a turf war with chem-dealing Fae. This series is a combination of mythology and tech, where beings of Power hold sway over mega-corporations that rule portions of the world. Follow Valhalla Steel as they try to rebuild their people from the ashes of a brutal defeat in Europe.

Pipes of Clan Maclaird (Tales From The Magician’s Skull Magazine): A short story about a clan champion who takes on a silent youth whose ability to play the pipes belies belief.

Tainted: Lineage of the Damned: I removed this from Amazon. It was my first attempt to publish something on KDP and it wasn’t up to snuff. Loved the concept I was developing, but it can sit on the backburner for a while.

P.L.: That sounds like an amazing body of work so far, early in your writing career! How did your writing journey begin? Have you always wanted to be an author? What made you decide to self-publish?

Sean: My journey began back in my teens. I got into a little bit of trouble and ended up grounded for a few months. Sitting on a couch during winter break, unsure of what to do with myself, my father tossed me The First Chronicles of Druss The Legend by David Gemmell. That was the day my world changed and my love for literature began. I enjoyed writing and found that it came easier than most subjects in school, but I had other plans and other goals in my youth.

As we all know, most plans don’t go accordingly.

It wasn’t until my first child was born that I decided to take writing seriously. I cut out a lot of old hobbies that I had and focused my time developing my craft. Since then, it has become a huge passion of mine and I have absolutely loved putting my work out into the world.

I decided to self-publish after I went through the ringer of trying to find an agent or publisher interested in the novel I had completed at the time titled Gods Reborn. Learned a lot of hard lessons that way and turned to the authors I loved to read for guidance. While most never responded, Anthony Ryan and John Gwynne both gave some wonderful advice during that time. It was Anthony, who started out as a self-published author, who convinced me to go that route and I don’t have any regrets.

P.L.: Can you please share any books you’ve recently released, or are about to release, or any projects that you’re currently working on?

Sean: My most recent release was Wrath of a Hungry God which came out during the summer. At the moment I have a few irons in the fire, but my big goal is to have the last Godless Lands novel out by the summer of 2023. After that… I’ve got some dark, flintlock fantasy that I’d like to dive into, but Valhalla Steel is always an option as well. I tend to have a few books rolling around in my head, even while I’m working on a different manuscript.

P.L.: I am really looking forward to reading Wrath of a Hungry God as a follow-up to Godless Lands! Who are some of your writing influences?

Sean: As mentioned before, I am a true Gemmellite. I have read all of his books multiple times, save for the two he wrote as Harding. I’m saving those for a special occasion. When Gemmell passed, it left a hole in the literary world.

Jim Butcher was pretty impactful as well. Back when I was consuming a book every few days, I would get excited for winter because that meant another release. I’m really excited to see where he goes with his Aeronaut series.

Gwynne, Winter, and Ryan are three I came into later in life and I think they are at the top of their game. Anthony Ryan’s Covenant of Steel series, however, is easily some of the best literature on the market. He has always been a solid author, but his most recent work just shows how hard he has worked at his craft. When I read those books, I’m hooked. I haven’t felt that way since I was a teen, so I make sure to take notes.

P.L.: You and I have been fortunate enough as authors to have many author friends that we’ve met through social media. How do novice authors network, find their “tribe”, and build a community on social media? Why is this so vital? Any advice?

Sean.: That’s a tough one. I’m not sure I’m the best to give advice in that regard, so I’ll just say what has worked for me.

I’ve always felt that, if you know what you want, put in the work, and  look hard enough you’ll eventually find it. For me, part of that meant finding people willing to give honest feedback. In my mind, if I wanted to improve my craft, I couldn’t associate with ‘nice folks’ who blow smoke up my ass and tell me my work is ‘amazing’. You never improve that way. So I reached out to authors who were more successful in the indie business than I was and realized that they had a similar mindset.

Now I’m part of a great collection of authors called the Marmite Gang. I can’t tell you how helpful it is to discuss my work with people who understand the struggle and want to improve just as much as I do. Having people like that in your life is hard to come by but extremely beneficial.

P.L.: I’m honoured to get to know you and some fabulous people who’ve become so dear to me through the Marmite Gang! Marmites forever! You’ve had a lot of very popular and successful authors such as Anthony Ryan endorse your work. You’ve built strong sales, and a social media presence. How are you enjoying all the success you’ve experienced fairly early in your writing career, and how do you plan to sustain and grow this type of success?

Sean:  Well, I’ll sit back on my laurels whenever they arrive… Until then, I just keep my head down, hammer at my craft, and try to stay disciplined.

While I personally haven’t found the level of success I am aiming for, I have been happy with the victories I’ve achieved so far. I think a lot of that has to do with the rate at which I have put out content. Four books in two years has kept my name circulating in reading groups online. Bringing Godless Lands to a close should really help, as readers tend to like complete series.

Outside of that, 2023 will be my year to start setting up vendor tables at larger events. There are a few Comic Cons I have lined up and some local events that I plan on attending in the neighboring towns and cities where I live. If I can get my fifth novel out by the deadline I’ve set for 2023, I think it’ll grow my reader base significantly.

Lastly, and I can’t express this enough, I stay clear of politics on any of my social media. It’s really easy to fall into that trap, especially with how divided folks are these days, and scream into the void along with the rest, but that’s all it is. Screaming into nothing while alienating readers who would otherwise enjoy your work. I’m here to tell stories not to preach my beliefs. I think my readers appreciate that and it keeps them coming back.

P.L.: Sean, I have truly enjoyed our chat and I truly appreciate you joining me on Six Elementals Interviews! Thank you so much! 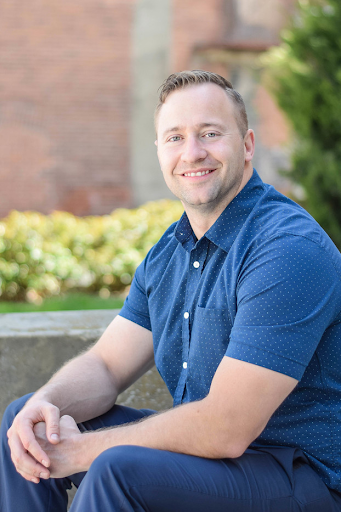