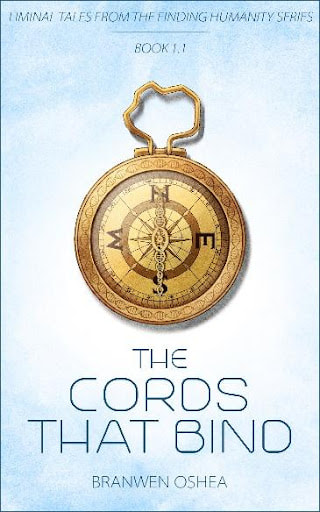 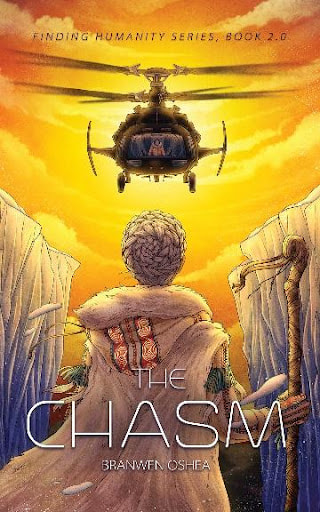 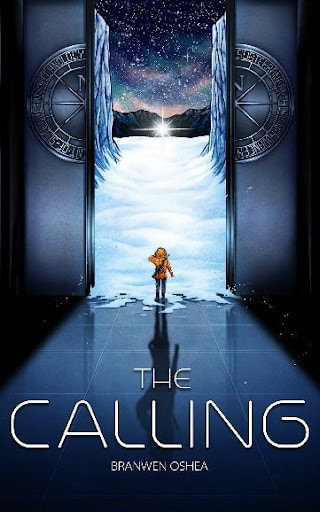 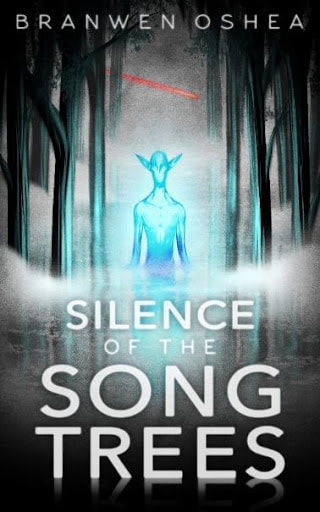 Six Elementals Author Interviews will introduce prospective readers to some of the best writers in their genre you may, or may not, have heard of, via a series of six questions. I encourage you to check out the work of these phenomenal creatives! Links to their websites and purchase links will always appear, accompanying the interview. Check them out!
For this interview, I have the honour of speaking to a very exciting new sci-fi author, and a wonderful person, Branwen OShea!

Branwen’s currently published works include: The Calling, The Chords That Bind, The Chasm, and Silence of the Song Trees.

P.L.: So happy to be able to interview you, Branwen! Welcome to Six Elementals Interviews!

Your first book, The Calling, was excellent! I loved it! For those readers who have never read your work, can you tell us a bit about The Calling, and your Finding Humanity Series?

Branwen: It’s always tricky to summarize such a long novel, but the best condensed version I’ve come up with is the following: In a future ice age, Bleu’s expedition team emerges from their subterranean haven to discover humans are no longer the dominant life form on Earth.

The story involves interwoven points of view from both teens and adults, humans and star beings, and shows how differently the same dangerous events can look when viewed from different perspectives and states of consciousness. The humans live in a science-based society where nature, having created an apocalyptic ice age and destroyed civilization as we now know it, is viewed as almost a malicious force.

Now faced with the strange Sickness that has been killing teens, and a population becoming too small to maintain genetic viability, the humans must face their fears and return to the Surface to find the other havens. The mystical star beings practice nonviolence, live in harmony with all creatures and the planet, and strive to Crown, a metamorphosis akin to achieving enlightenment that grants them incredible psychic powers. While a peaceful people, the star beings won’t tolerate human destruction.

The Calling is the first book in a series and has multiple meanings in the narrative. Calling is a specific ceremony the star beings perform to contact the humans, but there are other meanings as well. For instance, 18-year-old Bleu feels the pull of Nature and yearns to leave his subterranean haven and explore the icy Surface above.

The series was inspired by many conversations with teens where they expressed doubt that humans as a species could ever overcome its history of war, violence, and exploitation of the planet. It got me wondering what it would take for us all to shift our society, or if such a thing is even possible. As crazy as it may sound, after a lot of meditation on this, I had a series of powerful dreams where the star being character Rana introduced herself and shared this story. The next morning when I started to write up notes from the dream, Rana introduced the other characters who insisted their perspectives be included as well.

P.L.: What do you believe is the purpose of science-fiction in literature?

Branwen: I once heard someone define science fiction as stories where science is used to solve the story’s main issue. To me, the genre does much more. It has often predicted scientific discoveries and new technology and exposed possible risks to society of such discoveries. Science fiction often challenges social and political beliefs through the use of aliens, humans colonizing other planets, or other worlds with unique social, political, and economic systems. I also think science fiction can expand what we consider to be possible, both in science and societies. It’s the mind-expanding nature of sci-fi that has always drawn me in as both a reader and an author.

P.L.: That’s what draws me to sci-fi as well! What compelled you to start writing? Why do you enjoy being an author?

Branwen: I’ve always written poetry and musings for myself, but never felt qualified to write a novel. After having the dreams where Rana gave me the details of the story for The Calling, I couldn’t ignore the gift she’d given me. The story and characters were so strong and compelling in my mind that I had to write it out. It took me over ten years to finish The Calling because I had to learn the craft of novel writing as I went. I do not recommend writing a complex multiple POV novel as your first foray into novel writing, lol. Every time I learned something new, I’d go back and rewrite the book. The story is still as I originally heard it from Rana, but my ability to convey it on paper changed dramatically.

I enjoy writing because its like entering another world and taking notes. I see the stories happen in my mind as I write them, so its just as exciting for me to draft a novel as it is for readers to read it. I have no idea how the characters will get out of sticky situations until the words are typed. Its loads of fun.

P.L.: I can certainly attest your book The Calling was a lot of fun. Who are some of your favourite contemporary writers, who you have read recently?

P.L.: Those are som amazing writers you mention. You depict a fairly bleak world, still there is an element of hope in The Calling. Do you feel that humanity is headed for the sort of future you portray in your book? Can we as a species escape that kind of fate?

Branwen: It’s always interesting to me when people refer to the world in The Calling as bleak. I personally love arctic landscapes and find them beautiful and vibrant. Perhaps you mean the underground human refuge of Northern Haven? Northern Haven is quite bleak, despite all the bright colors, murals, and holographs used to cheer up the inhabitants. If I were there, I’d be with Bleu dreaming of returning to nature and the Surface.

As far as whether or not I think we’re headed in that direction, I do think a lot of people today have completely removed themselves from interactions with nature. The vast majority of people have lost basic survival skills such as fire-making, shelter-building, foraging, hunting, farming, etc. Instead, they do these things on video games. That disconnect inspired the conversations Bleu has with his friend, Stamf, over the theoretical accuracy of the holographic hunting games they both excel at. No one any longer knows how to hunt or has even seen the animals they hunt in the games.

I’m curious to see if people blame the Earth and Nature for the upcoming climate change, as the Northern Haveners do. It seems to be such a human trait to blame rather than take responsibility for our own actions and then act accordingly to correct the situation.

I didn’t know it when I started writing The Calling, but there are several large underground complexes already built to withstand such catastrophes. In my series, the world comes together to form the SHAST (Subterranean Human Advancement of Science and Technology) Project, which is careful to include all races and ethnicities in its four havens. SHAST has definite issues, but it did try to equalize some things, which I doubt the current underground complexes concern themselves with. The current ones are run by billionaires or single country governments and are designed to look out for their own interests.

I believe there is always hope that we can become better as a species. That is, after all, where the series gets its name, Finding Humanity. While the expedition team is trying to find the other human havens, along the way they must also find their humanity or be destroyed.

P.L.: I love the fact that hope and optimism is part of your work and your viewpoint! Can you please disclose any future projects, anything you currently are working on?

Branwen: I just recently released The Chasm, the sequel to The Calling and am currently editing book three, The Ruined. There’s a new threat revealed in The Chasm in the form of another species. Sort of, lol. I’m being vague on purpose to avoid spoilers. In The Ruined, I get to delve into that threat much more and am really loving the expansion of worldbuilding and meeting the newest characters.

There are many side stories in the Finding Humanity series that I also want to make available to readers. Only one of them, The Cords That Bind, is currently published. I have several others that I’m also working on that fall between the main books in the series and aren’t required to understand the main series but give more adventures of certain characters. All these Liminal Tales, as I call them, will have decimal points in their titles. Therefore, The Cords That Bind is Book 1.1 because it falls between The Calling (Book 1) and The Chasm (Book 2).

I’ve also started drafting a sequel to my novella, Silence of the Song Trees. SOTST was always meant to be a stand alone story, but that magical planet has other ideas and keeps whispering new tales of its dimension-crossing inhabitants to me.

Basically, I’ve got a lot of books in the works. 🙂

P.L.: Sounds exciting! Can’t wait to delve into your future works! Branwen, it has been an honour to speak to you for Six Elementals Interviews! Thank you so much!

Branwen: It’s been great to chat with you as well!

*NOTE* All the books in the Finding Humanity series are available wherever books are sold. Silence of the Song Trees is available only on Amazon and Kindle Unlimited.

Find The Cords That Bind, Book 1.1 of the Finding Humanity Series (A Liminal Tale) here
https://www.amazon.com/dp/B09CSK4813