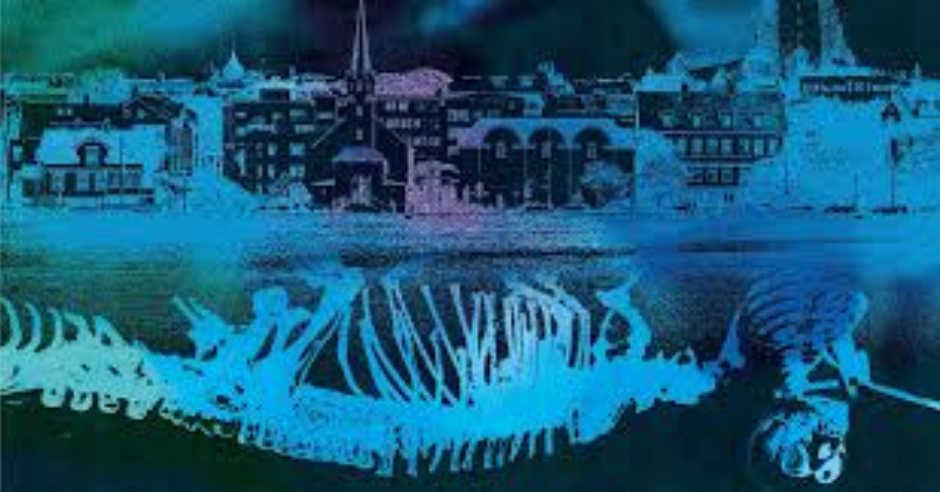 Review – Shadows of the Short Days by Alexander Dan Vilhjálmsson

By Ryan HowseJanuary 13, 2021No Comments

A Surprising and Strange Novel

Shadows of the Short Days

Sæmundur the Mad, addict and sorcerer, has been expelled from the magical university, Svartiskóli, and can no longer study galdur, an esoteric source of magic. Obsessed with proving his peers wrong, he will stop at nothing to gain absolute power and knowledge, especially of that which is long forbidden.

Garún is an outcast: half-human, half-huldufólk, her very existence is a violation of dimensional boundaries, the ultimate taboo. A militant revolutionary and graffiti artist, recklessly dismissive of the status quo, she will do anything to achieve a just society, including spark a revolution. Even if she has to do it alone.

This is a tale of revolution set in a twisted version of Reykjavik fuelled by industrialised magic and populated by humans, interdimensional exiles, otherworldly creatures, psychoactive graffiti and demonic familiars.

Shadows of the Short Days, by Alexander Dan Vilhjalmsson is a surprising, strange novel.

Shadows of the Short Days takes place in a fantastical version of Reykjavik, one filled with thaumaturgical power plants, psychoactive graffiti, an arcane university, and assorted inhuman beings who live in the city and are clearly treated as inferior.

The book clearly owes something to Perdido Street Station, with its main characters comprising a disgraced academic, his politically radical, inhuman artist lover, and a bird-man in a city pulsing to the brim with revolution and magic. But to Vilhjalmsson’s credit, other than those tropes the books are very distinct.

In particular, there’s a lot of well-done characterization in Shadows of the Short Days. It is the book’s strongest point, beyond all the background setting.

The book is primarily split between the points of view of Saemunder and his ex-lover, Garun. Garun is part of a revolutionary cell trying to overthrow the government, with an overall aim of improving the lives of her fellow non-humans. Saemunder is a human magic-user who gets kicked out of university for attempting to use dark magic.

The character work between the two of them is consistently excellent, and it’s unfortunate that they don’t interact more, considering their history. The early sections as they ponder the downfalls of their relationship were touching and extremely well-done, and I felt the book lost some of that humanism as it went along.

The revolutionary aspects are well-done, but I never felt enough of a sense of most of the other people in Garun’s cell, besides Katrin, a wealthy woman who funds things and is constantly distrusted by Garun. Most of what feels like the plot comes out of this, and in particular out of Garun’s refusal to slow down. Her plans become more and more dangerous, to both her friends and society at large.

Contrasting that, we get Saemunder, who starts the book having been left by Garun. He wants to prove himself to the university and defend his thesis, but it’s shot down before he can attempt it, because it’s dark magic. He immediately starts an internal monologue about how one day they’ll all see how foolish they were.

His storyline goes down a very Faustian path, as he breaks into the university, uses magic to kill one of his teachers in a particularly gruesome way, and then summons a small clever instructor demon named Kolski, who teaches him more and more chaotic magic.

Both of their respective goals are borne out of deep character flaws, even if Garun can mask hers as righteousness. Both characters follow those flaws to ends that feel proper and well-considered.

The language in the book consists of a lot of very specific terms and concepts out of archaic Icelandic, and there’s a glossary at the end of the book detailing it. This choice gives the setting a very specific feeling, that makes it feel unique rather than just a pastiche of other strange magical cities. In fact, Vilhjalmsson translated the book he’d originally written in Icelandic into English.

Overall, Shadows of the Short Days is a worthy addition to the New Weird, with a more human grasp than many New Weird books touched upon.

Check Out some of my other reviews