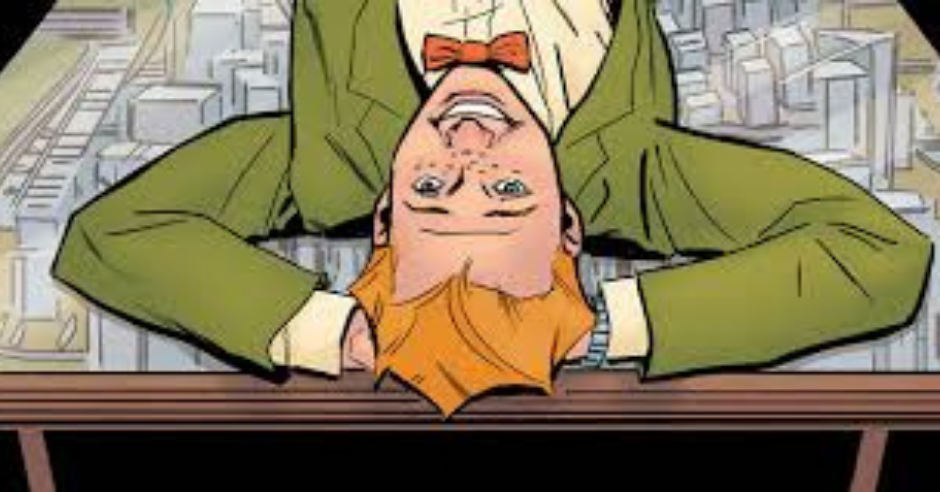 Matt Fraction’s run on Superman’s Pal Jimmy Olsen has received considerable critical acclaim, so I wanted to like it more than I actually did.

The 12-issue run is compiled into a hefty graphic novel with 320 pages of crisp, clean, personality-filled Steve Lieber art, which is really a joy to look at. And it compliments the wacky tale of Jimmy Olsen exploring the quirkier, silver ageier side of the DC Universe while simultaneously trying to solve a peculiar murder – his own.

I’ve seen some complaints about the series’ wacky, over-the-topness and some of its jokes not landing. This wasn’t really a problem for me. Did some of the jokes feel kind of weird and tryhard-ish? Sure.  Sometimes. But humor is subjective and overall I think there were more hits than misses, especially when you account for the fact that this is a tongue-in-cheek homage to the silver age Jimmy Olsen comics that got real weird real fast.

Rather than the humor, what really kept me at a distance from this book was the disjointed structure of the narrative – constantly jumping around in time and place and plot to address several different things. It ping-pongs back and forth with no steady rhythm that plot points are dropped often in the middle of a scene, only to be picked up pages later.

I’m not averse to non-linear narratives, but I had a really hard time wrapping my head around this one. I had a similar issue with Fraction’s famous Hawkeye run – a book I love – but to a much lesser extent. Olsen felt largely inscrutable to me, possibly because the stranger, larger than life aspects of it were harder to keep track of than Hawkeye’s more grounded fare.

My biggest question is why? Why scramble the narrative so much? By the resolution of the ‘Who Killed Jimmy Olsen?’ mystery – the story was ultimately much simpler than the structure made it seem. That isn’t a knock against the plot, it was perfectly fine, but it didn’t feel like it justified the need to shuffle the order of events around to such an arbitrary degree. I certainly feel like I would’ve enjoyed the whole book a hell of a lot better if it were a bit more straightforward with some occasional asides to things like the ‘Lil Olsens’ segment.

Ultimately, the structure caused me to struggle through this book, though Steve Lieber’s art was fun and impeccable and the individual segments of Fraction’s writing had a sort of ‘Arrested Development’ quality to them. I just wish it was easier and clearer to follow. But it appears I might be in the minority on this, and I think I can accept that.