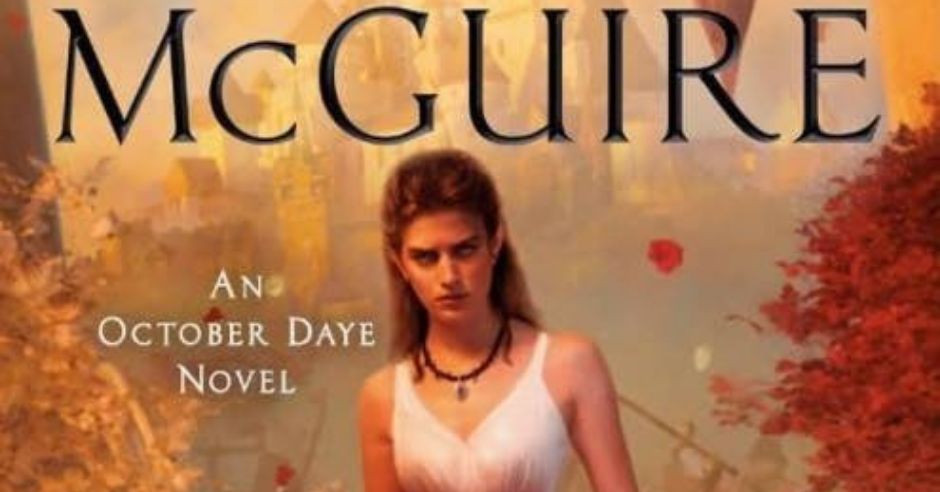 Home » All Reviews » Review – When Sorrows Come by Seanan McGuire 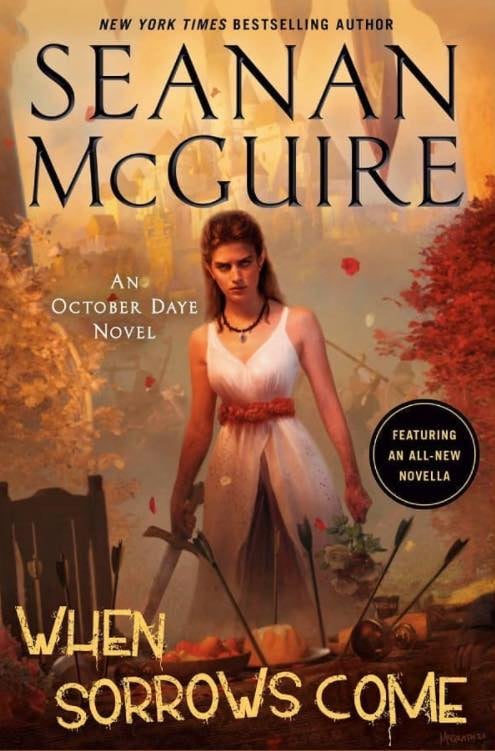 Usually, when I read a Seanan McGuire book, such as her newest October Daye book, When Sorrows Come, I fall face first into it and do not come up for air until the book is over and I am near dead. I am sad to say that did not happen. I wish it had.

A bit about where we are in the October Daye series and in When Sorrows Come specifically. This is the fifteenth book in the October Daye series, plus multiple short stories and novellas. It is a big world with a substantial backstory incorporating myths and legends of various cultures worldwide. The story’s main character is the titular October Daye, daughter of Amadine the Liar, one of the firstborn children of the King of Fairie. Her love is The King of Cats, Tybalt.

Their love has been a long time coming; it has been full of twists, turns, and drama. But at the end of the day, their love is two unlikely people finding that familiar spark between them igniting a bonfire of passion at first, but that eventually simmers down to a love and familiar that you spend lifetimes protecting.

A few books back, Tybalt asked October to marry him. Marriage in itself is fraught with all sorts of issues as October is a half-born or changeling child and a hero of the realm. The changelings are not a protected class in fairy, and being a hero requires heroic acts and stepping into uncomfortable situations. October has also had various difficulties that come about through the neglect that she faced at the hands of her mother that she has fought hard to overcome.

This is very honestly told and addressed unvarnished throughout the series and the effects on her love life. I believe McGuire has handled October’s difficulties with care. one thing that McGuire is as an author is one where representation is hugely important and is prevalent throughout her work. I respect that and love that about her work.

In this story, October is finally getting married to Tybalt. Things are never that simple though…

October and Tybalt have been requestatold to come to the high king’s knowe in Ontario to have the ceremony. This is a great honor but also stacked with logistical issues. McGuire spends a lot of time on these at the beginning of the story. And as always, through passive resistance, Toby wants nothing to do with wedding planning and logistical issues. She wants to show up and marry. Futzing is not something she is good at. I get this as a part of her character. Frillyness is not part of October’s personality.

However, I think this tiny bit of passive resistance irked me in this setting. Instead of it coming off as a part of October’s personality makeup, it came off a little like a toddler stamping her foot. I felt like it was time for October to embrace her destiny, even in small things and even if it was for just a few moments. Her family and friends have done a lot for her, and while October, as you will see as the story progresses, whether this is by destiny or her insatiable need to help, cannot stay out of things. An attempted coup happens right as the festivities begin. And the shenanigans begin.

I get that all of October’s stories have a mystery element, which is an essential part of the makeup of the series. However, just this once, the mystery part felt shoe-horned into a much bigger narrative of them finally getting married. Tybalt seems careworn trying to get this woman to the alter. Honestly, McGuire could have written this as a novella. I enjoyed the story, especially the ending. It was still a fun time. But it did not have the charming effect I look forward to when diving into one of her books.

When Sorrows Come is still very much worth still reading. But only if you have read the other books in the series. You have to read this one because we are fifteen books in and at this point you will need to have this giant plot point in your back pocket to start on the next book.  There are still many unanswered questions, and two future books planned that I know of. And while this certainly seemed like the weakest of the entire series, I cannot wait to continue with Toby’s story.