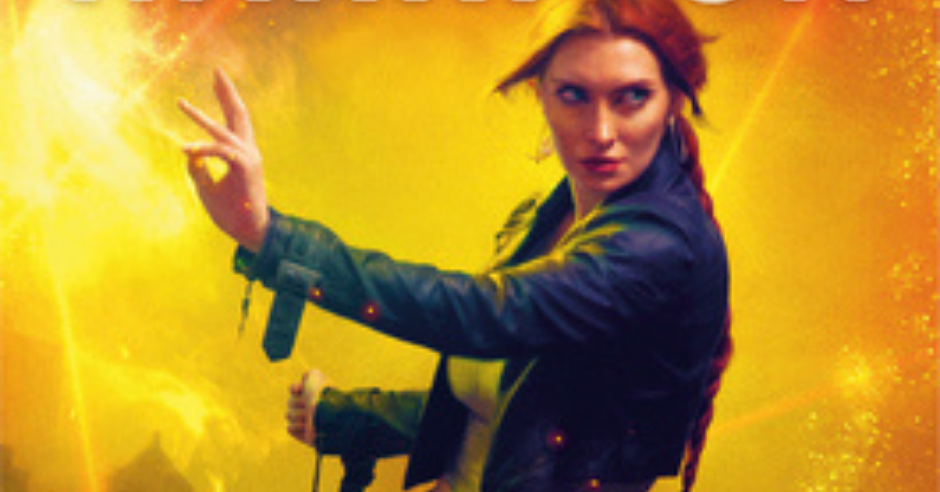 By Beth TablerJuly 7, 2022No Comments

I could not be happier with where everything is going.

Reading Trouble With Cursed by Kim Harrison, I am struck by how lucky urban fantasy, as a genre, has an author like Harrison among its ranks and how happy I am that Harrison returned to The Hollows. When the series “officially” ended in The Witch With No Name, Harrison had done a bang-up job wrapping up the series. It was a spectacular conclusion to the 14-book story of Rachel Mariana Morgan. However, Harrison had more stories to tell. Rachel has more life to live and more adventures. So here we are, three books past the end of the series, and I could not be happier with where everything is going.

“It never ceases to amaze me how someone can possess the world or nothing at all, and still have their happiness hinge on the small moments between them and the ones they love.”

Trouble with Cursed starts with Rachel working as the Subrosa of Cinncinatti. A Subrosa being a heavy hitter in the interlander community. She and vampire Pike Welroe take their role very seriously now that the former head vampire of the city is stuck in a cage as one pissed-off vampire mouse. Once they police some citizens, Rachel and Pike end up in a coffee shop covered with blood and gore. They hold the city under the illusion that the former crazy head vampire is still in charge. But their hold is tenuous at best. There are quite a few moving pieces and warring factions that want to see Pike and Rachel fail.

The other big plot thread is the Hodin and the ongoing drama of the demons. They have spent millennia making up the rules and enslaving people to do their bidding. But times have changed. There is a common thread throughout the novel of Rachel doing her Subrosa duties to the best of her abilities, even if it destroys her in the process. The different factions push Rachel to her limits.

Trouble with Cursed is a very typical Kim Harrison novel, which is to say it is exciting and well written. I enjoyed the plots and entanglements between the different races. It is quite a feat that we are in book 14, and the stories do not feel formulaic. The dialog is tight, and the characters are fully realized. Frankly, she could spin off any of these characters into their own novels and have them be successful. I would easily throw money at a pixy novel about Jenks.

Would I recommend this to all readers? Yes, I would. Even the hardest of grimdark readers probably would enjoy a lighter fare every now and then. And while this is lighter, Trouble With Cursed isn’t “fluffy.” There is substance to this series, great action scenes, believable characters, and an evolving urban fantasy world that is worth checking out.

Read The Trouble With Cursed