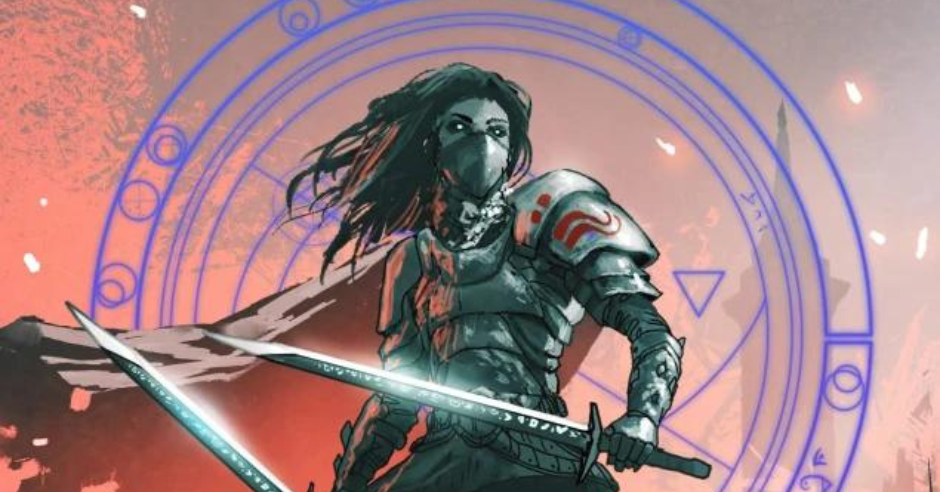 Rob Hayes has always been a master of writing action scenes and he does it once again in Titan Hoppers.

I was kindly given the ARC for Titan Hoppers to read and give an honest review before it’s release on the 12th July. I am pleased to say I thoroughly enjoyed this mash-up of progression fantasy, science fiction, D&D and coming of age drama.

With all the many different genres and concepts that Rob throws into the proverbial kitchen sink for his new book Titan Hoppers, it should suffocate under its own weight, and yet, with nimble prose, an eclectic mix of colourful characters and a coming-of-age, level-up arc for our main protagonist, he pulls it off with aplomb.

Hayes introduces us to Titan Hopper’s science fiction setting, a civilisation of people who live on a fleet of ships in space, what they call ‘the dark’. The fleet also orbits a gigantic spaceship called a titan. Within the titan are powerful monsters, deadly traps and mysteries that the fleet are only just beginning to discover and understand. To survive and maintain the fleet, to provide food, water and metal for weapons and ships, each ship provides a squadron of Hoppers, warriors with unique talents that they obtain through Gates of Power. Each Gate gives an individual access to more powerful abilities, but opening such Gates requires unique situations and factors to come into play. To level-up challenges must be overcome.

Rob Hayes does an excellent job of helping us understand how much this civilisation relies on the titan’s resources, and how dangerous each hop is to gather them. There is a prevailing mystery surrounding the origin of the fleet and the titans, even the fleets smartest engineers still don’t know what much of the machinery and components does, and this mystery bubbles to the surface every now and then, giving the readers, and the characters, scintillating clues and theories.

There is a fantastic mesh of high tech and fantastical magic that works together so well in this world and mixed with the progressive elements we are given a fantastic dungeon crawling RPG in book form.

What I really loved about Titan Hoppers though, are the characters and their dynamics and relationships. The main protagonist is Courage Iro, who is born talentless and idolises his older sister Neya, who is a hopper. After certain events occur on a mission, Iro is sent to a different ship to a training school for potential hoppers, to learn and develop the necessary skills and talents required to fight and defeat the many monsters that roam the titan.

This is where he meets his academy friends and there is some wonderful character dynamics here; a lot of fun dialogue, some kindling of a possible romance and some simmering tension between Iro and his shipmate Emil. Both boys trying to prove themselves the strongest, the best. It makes for some great drama that results in some brilliant character moments towards the end.

Rob Hayes has always been a master of writing action scenes and he does it once again in Titan Hoppers. Kinetic, visceral, immersive and at times breath-taking, Hayes brings the action to life with his words. The clang of steel, the gargantuan size of the monsters, the balletic nature of movement, the pain of a broken bone or a slice of flesh, its an absolute joy to read his battle scenes.

A good third of the book is paced relatively slow, but the story needs this time and space, to establish Iro’s relationship with his fellow classmates and Emil in order for there to be any emotional weight and story significance in the latter parts of the book. And believe me the latter part of the book zips along at quite a pace and makes for an intense read.

Roby Hayes has managed to to give us an exciting, fun and kinetic, progressive science-fantasy story with engaging character dynamics, a dangerous and challenging world and action scenes that spring from the page. One of the best pick-me-ups I have read in a long while 5/5.