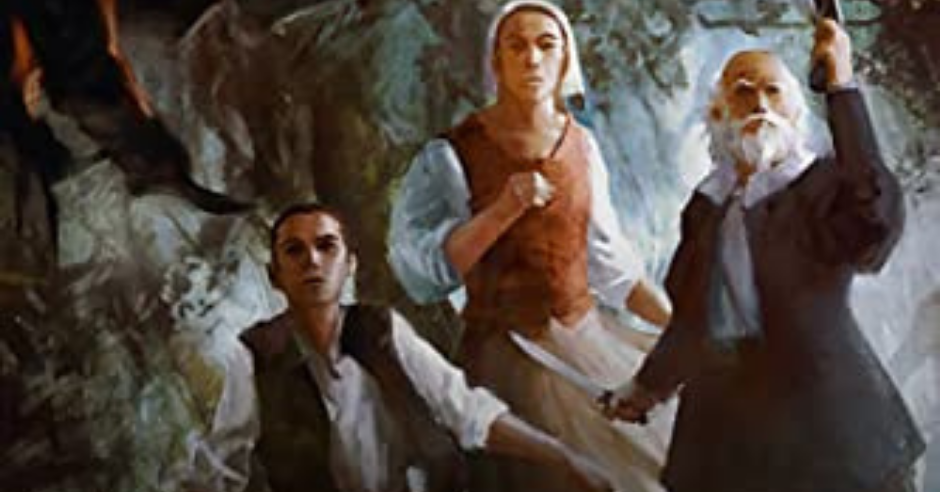 Review – This Thing of Darkness by Allan Batchelder

Home » All Reviews » Review – This Thing of Darkness by Allan Batchelder 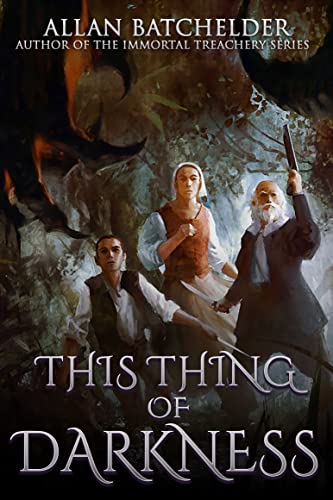 THIS THING OF DARKNESS by Allan Batchelder is a high concept novel if I’ve ever heard one: What if William Shakespeare faked his death and tried to make a new life in Jamestown? It’s an interesting promise that I am arguably spoiling a bit of a reveal but is the chief reason to pick up this fascinating novel. Its title and events certainly give this the appearance of a horror novel but it also works very well as a character study. I am happy to recommend it without further bringing any elements of its plot in on the basis of its research and authenticity of human feeling. Which is not something I normally say about a monster stalking a bunch of English settlers.

The premise, as quirky as it may be, is something that is grounded by “William Kemp” whose true identity is something that the story eases into but leaves plenty of clues to from the beginning. William has his reasons for wanting to fake his death and flee England that we gradually discover through the judicious use of flashbacks but the point is that he is not someone who easily fits into the ranks of the new colony.
Partially due to the reasons that he fled, partially due to his high intellect, his irreligiosity (mostly expressed in a lack of interest in regular churchgoing–a horrible offense then), and his fear of being discovered, he lives at the edge of the community. He makes association with other outcasts, though, and forms his own little community that leaves him content for a time.

There is something out there in the woods, though, and William’s imagination draws parallels between Grendel and his own Caliban, especially when signs that it’s a kind of cannibalistic monster. Is it a werewolf, 16th century serial killer, troll, or something wholly new? The locals, as you can imagine, are quick to blame the local Powhatan. Even William is skeptical of his own mind at work when he notes that a perhaps more likely explanation is some of the released criminals at work in the colony combined with the victims’ bodies being feasted on by animals postmortem.

If I were to make an odd comparison, this reminds me a bit of the John Cussack Edgar Allan Poe movie, The Raven, except much better. That movie suffered from making its titular celebrity the center of the murders as well as forced into their investigation. Here William is a reluctant detective and doesn’t have any skill at it but is moved by the fact it personally threatens him as well as those people he cares about. I appreciate all the effort Allan Batchelder takes to humanizing the Bard with his regrets over his failed marriage, relationship with a prostitute named Luca, and the jokes of plagiarism made about him.

This is the rare book I state is just extremely good from start to finish and is one that benefits extremely from its prose. While not William Shakespeare himself, he manages to create a believable enough man that could theoretically come up with England’s greatest plays. A somewhat roguish man but never so much as to be unbelievable for the time period. A somewhat darker and more morose version of SHAKESPEARE IN LOVE’s take on the Bard perhaps. The supporting cast is solid too and I cared enough about them to want to see whether they became monster chow.
Highly recommended.

Check Out This Thing of Darkness