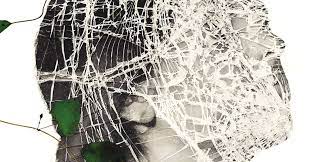 “…there was magic attached to his name. Not real magic, but ordinary magic, a medieval touch…” 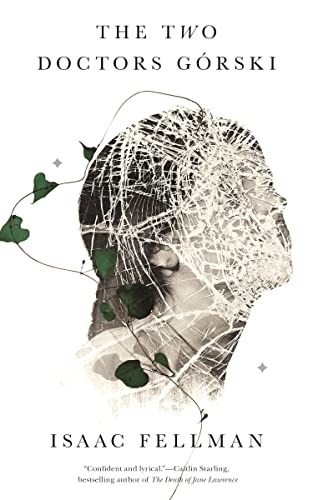 The Two Doctors Górski by Isaac Fellman is an introspective masterpiece of low fantasy, exploring questions of identity, mental illness, and toxic relationships in higher education.

The main character, Annae Hofstader, is a 27-year-old Ph.D. student who escapes an abusive relationship with her thesis advisor at the University of California by transferring to Brandford University in England. As the only female graduate student in her program, Annae feels self-conscious and isolated.

Annae’s field of study is magic, which is viewed as both a science and an art. While her peers focus primarily on botanical applications of magic, Annae hopes to use her magical skills to cure mental illness. To aid in this endeavor, Annae has acquired the ability to enter the consciousness of other people, reading their innermost thoughts. Although she seeks to help others, she often finds herself slipping into nearby minds to escape her own troubles and insecurities.

Annae’s new advisor at Brandford University, Dr. Marec Górski, is highly accomplished in the magical arts, but also heartless and temperamental. Marec’s cruelty runs deep. Wishing to free himself from guilt over his offensive treatment of others, Marec uses his magical skills to excise the benevolent aspects of his personality, creating another Dr. Górski in the form of a homunculus named Ariel. While Marec is a university professor specializing in magic, Ariel becomes a psychologist. With her own research, Annae wishes to span both these fields represented by the two Doctors Górski, using magic-enhanced psychological manipulation to heal mental sickness.

Annae is a complex, multilayered character with a genuine desire to help others. However, she doubts her own abilities and doesn’t want to face the ethical implications of entering other people’s minds—especially without their consent. As a result, her good intentions often result in perilous consequences.

The magic itself in The Two Doctors Górski is treated as just another ordinary field of study, subject to the same pressures as real-world academic research. I am impressed by how Isaac Fellman has interwoven this subtle form of magic throughout a realistic, modern-day academic setting.

The Two Doctors Górski is one of the best examples of dark academia that I’ve had the pleasure of reading. All too often, books labeled as “dark academia” fail to capture a realistic portrait of academic life, with students portrayed as overly self-confident, pretentious, and edgy. In The Two Doctors Górski, Isaac Fellman has captured a more authentic view of the struggles faced by graduate students.

Graduate advisors are in a position of almost unquestioned authority over their students, and unfortunately this authority can be abused. Fellman skillfully captures the psychological impact of such abuse, which ranges from everyday bullying to sexual exploitation.

The Two Doctors Górski also brilliantly addresses the issue of imposter syndrome. As the chair of my university’s graduate program with over 200 Ph.D. students, this is by far the most common issue that I have seen amongst our students. Imposter syndrome—the persistent doubting of one’s own abilities and feeling unworthy of one’s achievements or accolades—has become an almost universal feature of the graduate school experience, especially among female students. On the other side, Marec’s pompous attitude and callous treatment of students is, unfortunately, reflective of some faculty members with overinflated egos.

The Two Doctors Górski is a highly original work of fiction, unlike anything I’ve ever read. The closest comparison I can think of is The Double by Fyodor Dostoevsky, in which the main character encounters his doppelgänger who possesses all the charm and good social skills that he lacks. Dostoevsky’s theme of split identity is clearly mirrored by the title characters in The Two Doctors Górski but is also reflected in a more subtle way with Annae as she leaves her own consciousness to enter the minds of others. This theme is also apparent in the name Annae, which Marec dismisses as just being the plural of Anna.

The author went through his own struggles with identity during and after the writing of this novel, explaining, “I wrote this book before I came out as a trans man, and my own experiences of being seen this way—as someone not a woman, but presenting as one—heighten Górski’s sense of paranoia and dread.”

Isaac Fellman’s well-polished and lyrical prose creates a hauntingly atmospheric mood throughout The Two Doctors Górski. Annae’s ability to enter other people’s minds offers a clever narrative tool for the author to switch points of view amongst various characters. I was particularly moved by the scene in which Fellman gives a physical manifestation of the crippling anxiety experienced by Annae’s classmate, Torquil, and the hollowness that is left behind in the absence of his fears.

Isaac Fellman earns bonus points for his myriad of subtle allusions throughout the book. I particularly appreciate the reference to the indie rock pioneers Neutral Milk Hotel and their opus, “In the Aeroplane Over the Sea,” which serves as Annae’s ringtone and contains a lyric directly relevant to the story: “Anna’s ghost all around / Hear her voice as it’s rolling and ringing through me.”

The Two Doctors Górski is literary fantasy at its finest, a deeply contemplative and multilayered novel that explores the real psychological struggles of identity, imposter syndrome, and the trials of academic life.