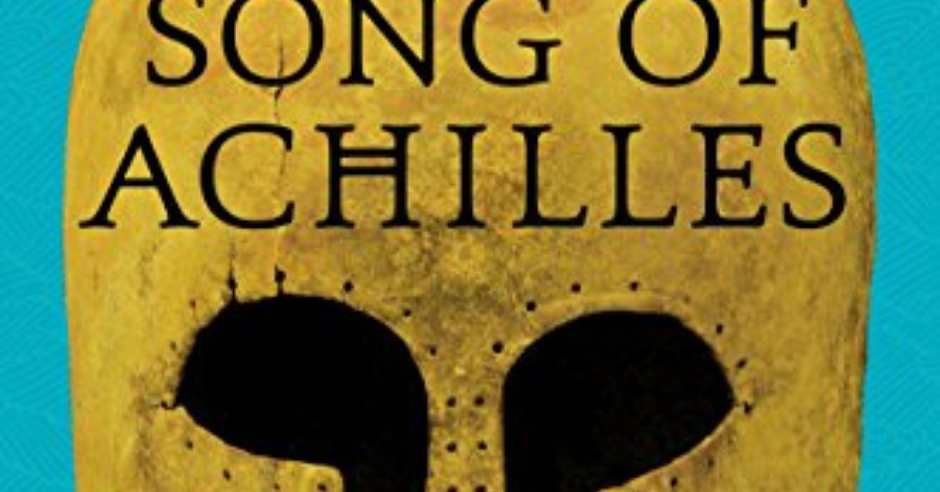 Review – The Song of Achilles by Madeline Miller

I was very moved by this book on an emotional level, and that is the sign of a fantastic writer.

Lover of all manner of mythology that I am, it took zero persuasion for me to read Madeline Miller’s debut novel, The Song of Achilles, a retelling of the famous poem the Iliad, traditionally believed to be written by the legendary Homer.

The fact that I already read and loved Circe, the mega-bestselling second, and highly acclaimed book by the same writer, only sealed the deal. I had long planned to read this book (and everything that the brilliant Miller writes) but #FebruarySheWrote, where I read exclusively female authors who use the pronouns she/her, was the perfect time. This was my last read for #FebruarySheWrote, and I ended things in fine fashion with this amazing novel.

This book has made tons of “best of” lists, and has certainly brought home the trophies. Among them, the book won a 2012 Women’s Prize for Fiction, the 2012 Orange Prize for Fiction, and the 2013 Gaylactic Spectrum Award for Best Novel, just to name a few of the accolades.

After reading the book, I can certainly see why it has racked up the prizes. I stayed up late last night, and spent most of the day today reading the novel, as I had absolutely no desire to put it down. It was incredible!

For those unfamiliar with the Iliad, upon which the book is based, the Iliad is an 8th century work that chronicles the major events of the famed Trojan War. In this massive conflict, a conglomerate of Greek states invaded and besieged the city of Troy. The cause was the affair between Prince Paris of Troy and Helen of Sparta, said to be at the time the world’s most beautiful woman.

Helen was married to King Menelaus of Sparta, but ran off with Paris, seeking refuge in Troy. Using this act as the catalyst for war – though the Greek confederacy also covets Troy for other reasons – Menelaus, urged on by his brother Agamemnon, allies with the other Greek leaders, and compile the notorious great armada of “a thousand ships” to retrieve “the face (Helen) that launched” them. Sailing for Troy, the alliance attacks the city. A ten-year siege ensues.

The legendary scion of gods, Prince Achilles of Phthia, was perhaps the most renown hero amongst a LOT of luminaries (Odysseus, Hector, Ajax, to name a few) mentioned in the Iliad. He is the most skilled warrior in the world, and victory for the Greek confederacy was believed to hinge on his otherworldly talents as a soldier.

Described in the Iliad as being a killing-machine of fiery temper, Achilles is an interesting choice to take centre stage in Miller’s love story, the story of Achilles and Patroclus. Patroclus is mentioned in the Iliad as a dear friend to Achilles, and the only reason Achilles returned to battle and after being insulted by Agamemnon.

After Patroclus is killed by Hector, brother of Paris and said to be the only warrior who might best Achilles, in a fit of rage, Achilles slaughters numerous Trojans, until he gets to Hector. Eventually, the two great rivals duel, but Achilles emerges victorious, and Hector is slain. Still vengeful over Patroclus’ death, Achilles dishonours Hector’s body by hitching it to his chariot, and dragging it three times around the besieged city.

While the Iliad does not mention Achilles death, the follow-up poem the Odyssey, notes he died in battle during the siege, as prophesied. Supposedly, Paris managed to shoot Achilles in his heel, killing the great warrior, and avenging Hector’s death.

Legend holds Achilles was dipped in the River Styx by his mother, the nymph Thetis, making him impervious to harm, and only vulnerable on his heel (where Paris shot him), which Thetis used to hold him while dipping him in the river. Hence of course, the saying “Achilles heel” as being synonymous for an exposure, and the tendon above the heel named for the half-man, half-god.

Miller’s book sticks largely with the Iliad, and builds on the long-held assumption by many historians that Achilles and Patroclus were indeed deeply and passionately in love. The Song of Achilles, is told first person by Patroclus.

Patroclus is also born a prince, and first sets eyes on Achilles at feats of sport, where the unnaturally swift and eerily beautiful Achilles stands out to Patroclus by beating all the other competitors in a foot race, by a very wide margin. The surly and unkind King Menoetius, father of Patroclus, insults his son, who is unathletic. Meneotius uncharitably notes that Achilles is how a son should be, rather than Patroclus.

From that time forward, Patroclus dislikes Achilles. Later, Patroclus is banished from his father’s realm, for killing the son of another nobleman, after being bullied by the other child. Patroclus ends up being sent to the kingdom of Achilles’ father, Pelus. There, Patroclus’ animosity towards Achilles turns into admiration, and then love.

Achilles feels the same, and into adulthood, they maintain their affair, despite the disdain for Patroclus of Achilles’ divine mother, the fearsome Thetis. Patroclus gets in the way, for Thetis, of Achilles’ grand destiny to be the greatest living warrior, and having his name live on throughout the ages due to his role in the coming Trojan War. Thetis plays the role of everyone’s worst in-law nightmare, with magical powers, and a hate-on for Patroclus.

But the real issue is that Achilles is foretold to die in battle if he goes to Troy. He can go, and die in glory and eternal reverence, or live a longer life, without the fame. Patroclus endures the agony of knowing the man he loves greater than life itself is doomed.

This brings a deep poignancy to the story, as we know tragedy will irrevocably cut short the love between the two men. Half-god Achilles also mourns what will come, but handles his grim future with courage and stoicism, except, in turn, when it comes to losing his beloved Patroclus.

The poetic, redolent prose of Miller is certainly worthy of Homer’s original work. And, as with Circe, the book is impeccably researched, and one feels one is back in mythical ancient Greece, a place of gods, nymphs, centaurs, great heroes, and legendary feats.

Apparently, The Song of Achilles was ten years in the making, and Miller takes her time pacing the tale, the way she took some time to complete it. The book reads like a slow-burn romance that remains completely epic in scope, flawless in characterization and ultimately, a masterpiece of literature.

I must also comment on Miller’s touching, tear-inducing foreword. I applaud Miller for one of the reasons she wrote The Song of Achilles. Miller knew that representation of LGBTQ2IA+ stories instruct and enlighten readers not from the community, and allow members from the community to see stories about them, because these stories  should be heard, widely known and taught. Using the “Iliad”, a story that remains popular down through the ages, was an excellent vehicle to accomplish this goal.

This has never been more important in (shockingly) a frightening new movement to ban books – including and especially LGBTQ2IA+ books – in the Western world, in the 21st century. Below is an excerpt from Miller’s foreword:

“I wanted to push back hard against the homophobia surrounding discussions of Achilles and Patroclus’ relationship. I wanted my LGBTQIA+ students to know they weren’t alone…from wedding ceremonies to Pride Fest…”

I was very moved by this book on an emotional level, and that is the sign of a fantastic writer. Miller is definitely a fantastic, best-selling writer. If you want to read a sensational novel about Greek mythology, a doomed love affair, and a plaintive, yet brilliant, unique, and engaging representation of allegorical heroes of the past, Song of Achilles should be extremely high on your TBR. Of course, five stars here!

Book Review: That Time I Got Drunk and Saved a Demon by Kimberly Lemming

Review: Daughter of No Worlds by Carissa Broadbent