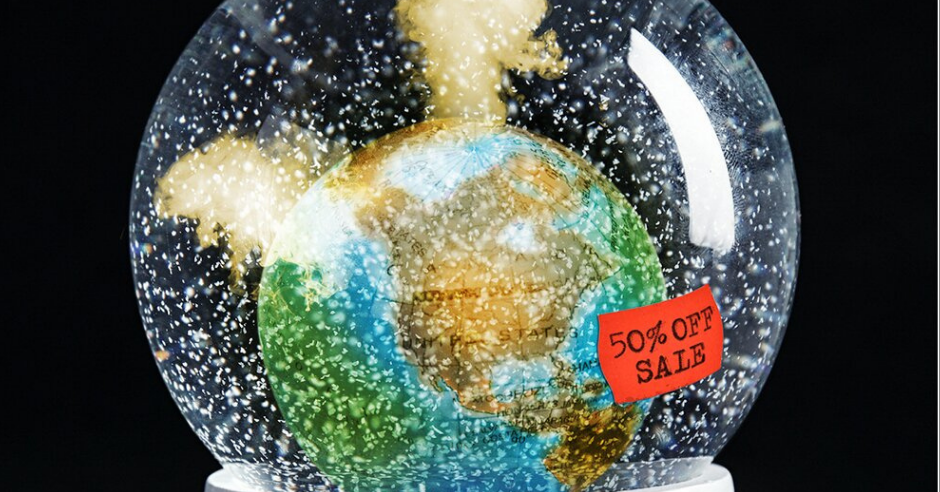 Home » All Reviews » Review: The Only Living Girl on Earth by Charles Yu

“Told, fittingly, in interconnected fragments, The Only Living Girl on Earth captures a place where only fragments of its landscape remain. At once dead serious and playful, recognizable and as otherworldly and unsettling as Yu’s other sci-fi reinventions, it is a cautionary tale about all that we could lose—are losing—by failing to live sustainably and about what we hope to leave behind for future generations.”

The Only Living Girl on the Earth by Charles Yu is a novella consisting of three interrelated short stories. The first story features Jane, a customer service representative/short-order cook/hotel manager of the Earth’s only gift shop. Well, the Earth’s only “anything” as everything else was destroyed a thousand years ago. Mostly coming from a vaguely referenced devastating climate change and a rueful AI robot that scorched the skies. 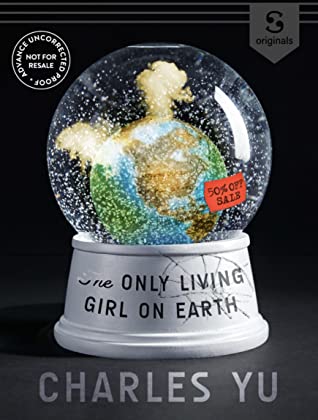 Jane is like most 18 years old’s. She is trying to figure out what to do with herself—thinking about college. She is dealing with the after-effects of very grown-up issues with her father and the general futility of being the only girl on an entire planet.

In the first story, Jane talks about the history of the Earth’s gift shop and how it started as a museum, then an amusement park, and finally became a gift shop selling souvenirs of a time gone by. There is a specific tone that Wu takes during the story that is at odds with the solemn subject matter. Jane is funny as a character and allows for lightness to the story while still maintaining the deep subject matter. Without that, this collection of stories would be to heavy. The first story also talks about how human history has been boiled down to something consumed at a gift shop or an amusement park. Oddly enough, the first story reminded me a bit of Percy Shelley’s “Ozymandias.”

‘My name is Ozymandias, king of kings:
Look on my works, ye Mighty, and despair!’
Nothing beside remains. Round the decay
Of that colossal wreck, boundless and bare
The lone and level sands stretch far away.

The second story is from a different perspective and is of someone living in a “Smalltown, USA” type before the decline of civilization. It is from the standpoint of people trapped on an amusement ride that makes all choices for them from birth to death. There are obvious nods to the problem of mass consumerism and the hamster-wheel-like existence people get trapped in, birth, learn, work, consume, end. This story treads no new territory as this topic is a huge one in science fiction of capitalism run amok. Still, the imagery that Yu creates as people trapped on an amusement ride is original and pretty horrific.

The third story is from Jane’s perspective again, except this time it is how two travelers had to stop at the Earth because their spaceship was malfunctioning. This story reminded me of the bygone era of people traveling on freeways and having to get off and end up on route 66 in a town that had seen its heyday. But, now it was past its prime because no one stopped there anymore. All three of the characters, Jane, the dad, and son, end up inside the boarded-up amusement park/Smalltown USA and discover something sinister and rather sad. Again, the story nods to much deeper topics than the dialog and bantering.

The Only Living Girl on Earth is an unusual take on the decline of civilization. All of the stories unite to make this a cohesive narrative and a with Yu’s exceptional writing skill, a definite worthwhile read.