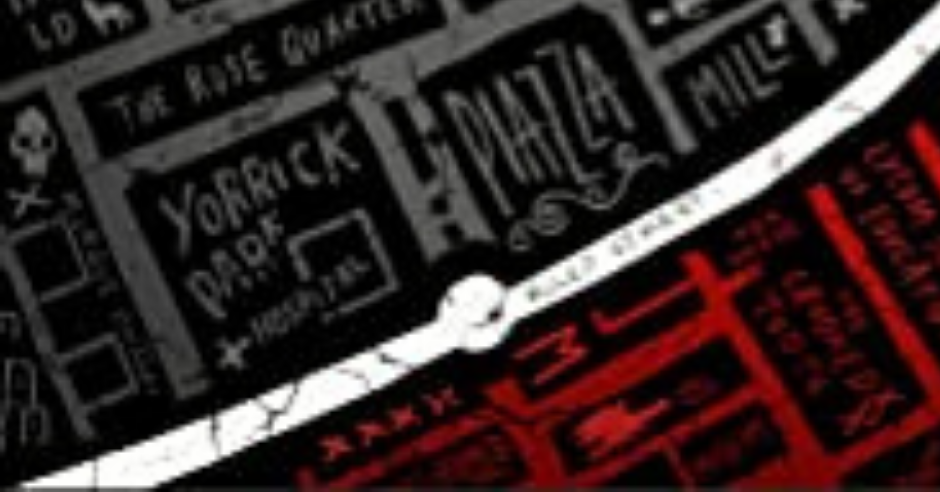 A Fantasy Novel About Sin, Redemption, and Hope. 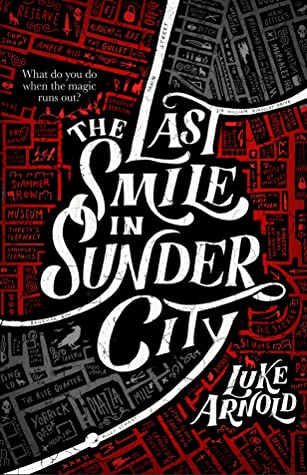 The Last Smile in Sunder City

“A good man is made through a lifetime of work. Great men are made by their monsters.”―

A former soldier turned PI tries to help the fantasy creatures whose lives he ruined in a world that’s lost its magic in a compelling debut fantasy by Black Sails actor Luke Arnold.

Welcome to Sunder City. The magic is gone but the monsters remain.

I’m Fetch Phillips, just like it says on the window. There are a few things you should know before you hire me:
1. Sobriety costs extra.
2. My services are confidential.
3. I don’t work for humans.

It’s nothing personal—I’m human myself. But after what happened, to the magic, it’s not the humans who need my help.

Walk the streets of Sunder City and meet Fetch, his magical clients, and a darkly imagined world perfect for readers of Ben Aaronovitch and Jim Butcher.

The Last Smile in Sunder City by Luke Arnold is a fantasy novel about sin, redemption, and hope. The story follows a man-for-hire named Fetch Phillips. Fetch is a human working in a town full of mystical creatures. Humans are hated, and for a good reason. However, in a redemptive bid to atone for past sins, Fetch’s job and his sole purpose in life are to help non-humans, usually in the form of PI work. Through this work, helping one creature at a time, Fetch seeks to help atone for the wrongdoings in his past, his greatest sin. His sin destroyed the world and magic with it.

The world now no longer runs on magic. There used to be a great river of magic that flowed underground and seeped out to all the various creatures of the world. Thus, the world used to be full of magical creatures, mystical entities, as well as joy and pain. The world and the creatures in it had purpose and drive, glory, and beauty.

Now that magic has been ripped from the world; it is a sad shadow of its former self. Magical creatures who used to stand tall and shimmer in the glory of the magic that infused them, are rotting. Dragons fall from the sky in dusty, scaled heaps. Trolls that had been made of as much soil as magic have stopped moving and ceased to exist. Elves that used to live forever, either fall to dust from rapid aging or now have to look mortality in the face as they know they are going to die.

The day the magic stopped was the day that hope and the future inexorably changed. Magic was ripped from the world by jealous humans, and it is a sin that humanity will live with for the entirety of their existence.

“I’d seen plenty of things break in my lifetime: bones, hearts, and promises. This woman was breaking right in front of me. I watched as she somehow vacated her own eyes. The waves of hatred lulled to nothing. The door closed.”

Now Fetch has been given a job, find a missing vampire. Vampires have been withering away to dust since the Coda (the day the magic stopped).

However, this vampire is much beloved and missed by the magical community. Fetch’s patron wants to know what happened to his friend. As Fetch delves deeper into the case, he discovers that the vampire might have disappeared due to something nefarious. It is Fetch’s job to figure it out.

Through a series of interactions, Fetch begins to piece together the timeline and what might have happened; things become so much bigger than a missing vampire. And, in doing so, maybe help find a small grain of piece for himself. Maybe give himself a little hope in this tortured and busted world.

“He was three times my age and starting over. I don’t think I ever got started in the first place.”

The story is told through a series of interactions, both now and in the past. These interactions in the past created Fetch in the present, and we slowly understand why. Arnold did a great job showing how different Fetch was before and after the Coda. Before the Coda, Fetch was wide-eyed and naive, dealing with his strange upbringing and marveling at this world full of monsters. After the Coda, Fetch is a broken man. He nurses a deep wound and is wracked with guilt that is slowly disintegrating him, much like vampires slowly sloughing away.

There is a dark melancholy in the way that Arnold writes this story. Often when authors attempt to use this type of tone, it can come off as trite. Trite and pretentious, but Arnold used it as a means of showing the desperation of the situations that Fetch and by extension Sunder City are in, and it is a useful way of communicating it.

The Last Smile in Sunder City is a sad Sam Spade type story, but underneath all that sadness is a small gem of hope. This hope allows the reader to feel something aside from the grief and inevitability at the destruction of magical life. At the beginning of the story, the little light of hope is seen flashing briefly in the characters from page to page. Always other characters than Fetch. Fetch is fully immersed in his mental anguish. But by the end, and through some excellent writing, hope the most elusive of emotions comes shining through for a few moments.

Things might not be ok. Matter-a-fact, they probably won’t be. But, there are things to be hopeful about. There are things to find a small bit of joy in even if it is something as little as a good cup of coffee.

There are good things, and The Last Smile in Sunder City demonstrates that. It is a great read, sad at times, and hopeless, but it still propels the reader page to page with hope for the future. Arnold has demonstrated great skill in weaving an emotionally realistic tale, and I am looking forward to the next one.