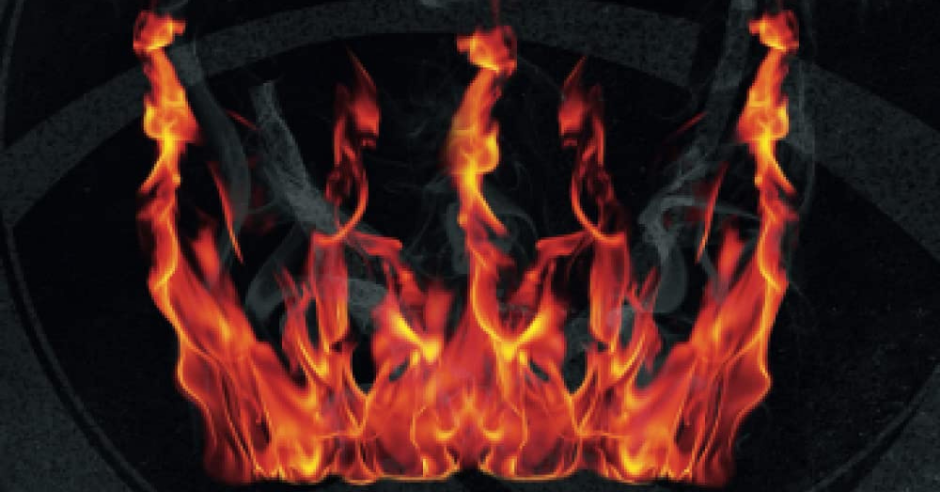 What is The Hidden King about?

On the shores of a rusty sea, in the streets of a starving city, a young man named Áed scraps to build a life for himself and the makeshift family he loves. Scarred by a trauma he cannot remember, and haunted by the brutal damage it left behind, he has no idea of the courage his future will demand.

When tragedy strikes, a desperate Áed risks a treacherous, life-changing journey in his last chance to save the only family he has left – but an ancient legacy smoldering within him is about to turn deadly. Neither he – nor a kingdom – will ever be the same.

“To chase a pretty story felt like foolishness when scraping by was hard enough, and the towering cliffs jutting up from the lowland presented another deadly discouragement. People told themselves that their lives were as good as they could ever be.”

Sometimes you find certain books that are almost a perfect fit for your overall reading tastes and your current reading mood. The marvellous “The Hidden King”, YA dark fantasy novel by E.G. Radcliff, is such a book for me. Of note, this book is highly decorated, including a semi-finalist berth in the Self-Published Fantasy Blog Off (SPFBO6) last year, and was LONG on my TBR list, as a MUST-READ, along with the entire “Coming of Áed” series.

Among my most desired features for any novel are character-driven narratives, enchanting prose, and rich worldbuilding. And, I happened to be in the mood for something smooth and easy to read, not too long (not over 400 pages, and this book is just under 300), and heartwarming. I found it all in “The Hidden King”, and a few more gems besides.

Not surprisingly, as the title of the novel indicates, Radcliff uses several tried and trusted fantasy tropes, including the unwitting or reluctant heir, coming into his or her inheritance, as the main plot for her book. Áed is a penurious, illiterate youth, with haunting red eyes, a wonderful partner named Ninian, and an adopted son named Ronan. Áed is an orphan, and has been rescued by his partner, who knows more about Áed’s heritage than Áed does.

The three -Áed, Ninan and Ronan – struggle to survive on the mean streets of “The Maze”, a dirty, desperate slum, rife with gangs, thieves, and other undesirables, where life is cheap, death is quick, and and there is little hope for bettering one’s circumstances. Áed does what he can to scrape by, including rummaging for and selling scraps.

Ninian does his part, and is the main breadwinner, by risking life and limb in fierce pugilistic matches. The plucky and sweet Ronan is the centre of Áed and Ninan’s world, but the two lovers also have each other, and their bond is beautiful. But disaster strikes the already volatile existence of the trio.

This misfortune drives Áed to make a daring decision. Freed of what shackles him to poverty and hopelessness, he is determined to forge a better life for those he loves in the White City, a fabled place of mystery, wonder, and prosperity, for those who live downtrodden, in the Maze.

This is a novel, whose strengths are its absolutely glorious prose, clear and compelling plot, and splendid characterization.

When writing is THIS good, you have to quote passages in the book:

“The earthy darkness made him panicky, especially since beside the path, bottomless chasms yawned in the gloom. Hundreds of cells passed behind them, each alike, though and some revealed ghoulish faces crowned with wild hair, long beards, or bloody scratches peering through the iron bars.”

I found myself stopping to re-read certain parts of the book, “smelling the roses”, so to speak, as I savoured the delightful prose. Radcliff paints the world of the Gut so deliciously, so vividly with her words, including the sibylline “No-Man’s-Land”, that I felt I was right there, looking over vast expanses, uncharted lands, and imposing mountains.

The plot has more than enough bends and corners that the reader will likely push through to read the book in one sitting, as it’s that engrossing. Not everything is a surprise, and there is an element of predictability to some of the action. As I mentioned earlier, if you don’t like your comfortably familiar tropes, this book may not be for you. For me, it was all so well-done, it had absolutely no negative impact on my enjoyment.

Let’s spend a moment to speak to some of the wonderfully-drawn characters. Áed, the protagonist, is a fantastic lead, and the reader will scream and cry and grimace with his story, while rooting for him to succeed. His relationships with the good people in his life, particularly Ninan, Ronan, and Boudicca, are heartwarming. The complex villains are appropriately despicable, and you will revel to see some of the really detestable ones receive their comeuppance.

There is a thread of distinct darkness that runs through a pattern of hope and overall optimism in the novel. There is violence, pain, and torture in “The Hidden King”, and be warned, some scenes are difficult to read, and the tragedies that occur may bring you to outright weeping. But only such a lovely, poignant, and extremely written novel can evoke such strong emotions from the reader, and Radcliff possesses the sort of skill to have you reaching for the tissue box. There is a strong presence of elemental magic, the Fae, and lurking, shadowy presences that one will be unsure of. It’s definitely “soft” magic, but that’s exactly what I prefer.

Overall, this is a book that I loved, and after hearing nothing but good things about it, am so pleased all I heard proved to be true. I have already taken steps to secure the next two books in what promises to be an outstanding series, and give a resounding five stars for “The Hidden King”!