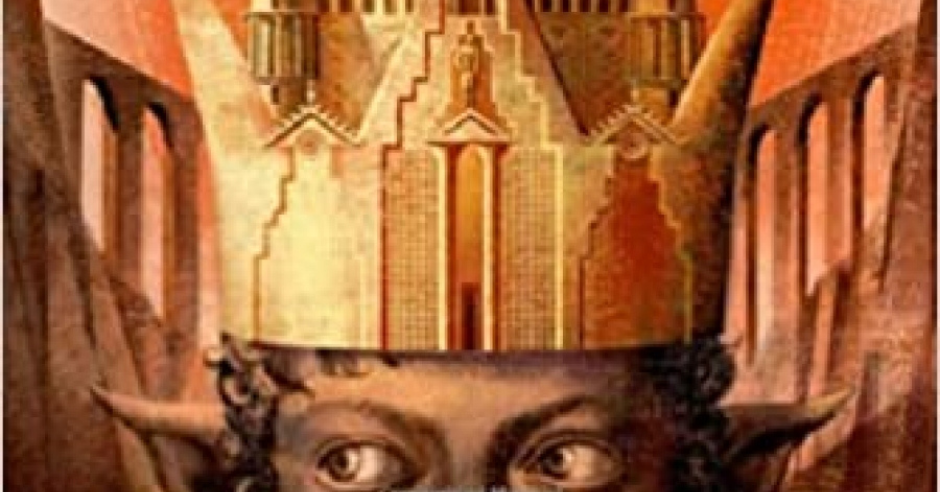 Home » All Reviews » Review – The Goblin Emperor by Katherine Addison

“He remembered the moment when his thoughts had inverted themselves—that shift from not being able to please everyone to not trying—and the way that change had enabled him to see past the maneuverings and histrionics of the representatives to the deeper structures of the problem; it was the same with the Corazhas.” 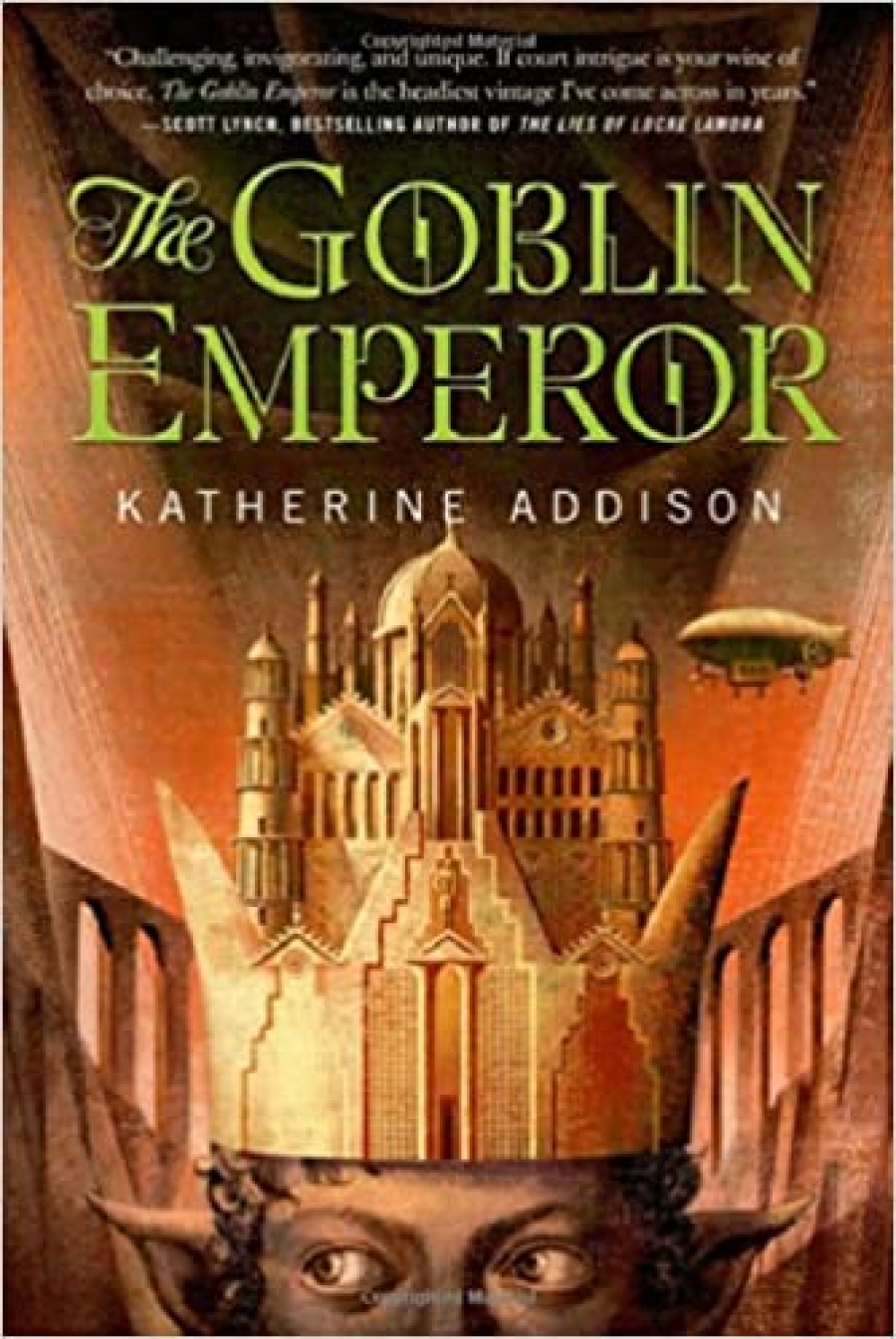 THE GOBLIN EMPEROR by Katherine Addison is a book that I’ve had on my TBR list for some time but never quite got around to actually reading. I am regretful of this because this is a book that reads easily, was consistently entertaining, and is wholly unlike the vast majority of fantasy that I have read. It is a little steampunk, a little Netflix’s THE CROWN, and a bit of GAME OF THRONES on top but remarkably nonviolent or falling on traditional fantasy tropes. The two races may be elves and goblins but they are wholly unlike their traditional depictions in fantasy.

The premise is that the Emperor of Elfland has been killed alongside all but one of his heirs: Maia, the half-goblin Prince that was banished to the outskirts of the Empire from the day he was born. Crowned Emperor mostly because he’s smart enough to realize that if he’s not before someone objects then he’s likely to become a loose end, Maia proceeds to deal with all of the issues of running a government despite the fact that he was never properly educated on how. His story is a bit of a combination of Henry VIII, Queen Victoria, and a handful of other unexpected monarchs.

Before I continue, I should point out that Katherine Addison does something clever here and makes it clear that Elf and Goblin are pretty much just human beings. They live the same way, they are differentiated primarily by skin tone, and have no appreciable biological differences. I feel she did this as a way to play with readers’ expectations.

Certainly, I’ve long believed the only good goblin is a dead goblin but I’ve also noted that plenty of writers have picked up on the Master Race overtones some people ascribe elves. THE COMPLETE BOOK OF ELVES was something my gaming group nicknamed “Mein Alf” with its ludicrous over-the-top portrayal of sidhe superiority while SKYRIM outright made the High Elves into Nazis. Here, they’re more like a combination of the British Empire and Hapsburg Empire. There’s a lot of racism and sexism but the primary quality of

Maia is that he is the Royal Heir (and later Emperor) in everyone’s eyes.

Maia is an excellent character and painfully relatable to anyone who suffers social anxiety or is of an introverted bent. He wants to be the nice guy in a society that is founded on hierarchy, misogyny, and racial supremacy but that turns out to be harder than it sounds. He’s also terrified of his former teacher who, ironically, he could have thrown out a window with a word and no one would care.

It’s a time of change in his society with airships, pneumatic tubes, and other devices as well as the beginnings of anarchist as well as socialist movements. Nevertheless, educating noble women is still unheard of and there’s no sign of any sort of Parliament. It is an absolute monarchy and the buck stops with Maia. It’s a subtler version of steampunk but one that does deal with the changing of the world. Ironically, Maia being completely uneducated about what he’s supposed to be doing as a royal allows him to avoid some problems opposing the changes that got other monarchs in RL killed (and may have gotten his relations slain).

The book is almost completely lacking in violence and is really about the troubles of administration. It’s really much closer to THE CROWN and VICTORIA than GOT but that’s hardly a bad thing and helps distinguish it. There are some things that I think certain readers will object to. Katherine Addison fully embraces “weird fantasy names vs. normal names” when I usually prefer the Joe Abercrombie alternative of, “call a priest a priest and a horse a horse.” The names are also all but unpronounceable and bizarre to even look at. It wasn’t impossible to read but occasionally verged on the overwhelming: the Arch-Prelate of Almo speaking to Emperor Maia Drazhar, Edrehasivar Zhas, seventh of that name.

On a slightly more critical note, I wish the women of the book hadn’t been regulated to the role of wife, mother, daughter, or potential mistress as their only real roles. That seems to be a plot point, though. The book’s pace is very slow and more interested in soaking you up in the atmosphere than any plot developments, which isn’t a bad thing. I think some readers will also have an issue with the fact that Maia has a somewhat easy time of it with advisors who are mostly on his side and the right thing usually being the moral thing. I’m okay with this message, though, and have no problem with not every good king ending like Robb Stark or Tommen.

In conclusion, I think this is the best book I’ve read this year and that is high praise given I read FEVRE DREAM and ANNO DRACULA just this past month. This is a strong story that hits on a lot of beats I enjoyed and doesn’t read like the majority of fantasy out there. It’s a comedy of manners, only the stakes are the throne and the life of whoever sits on it.

Buy The Goblin Emperor from Amazon