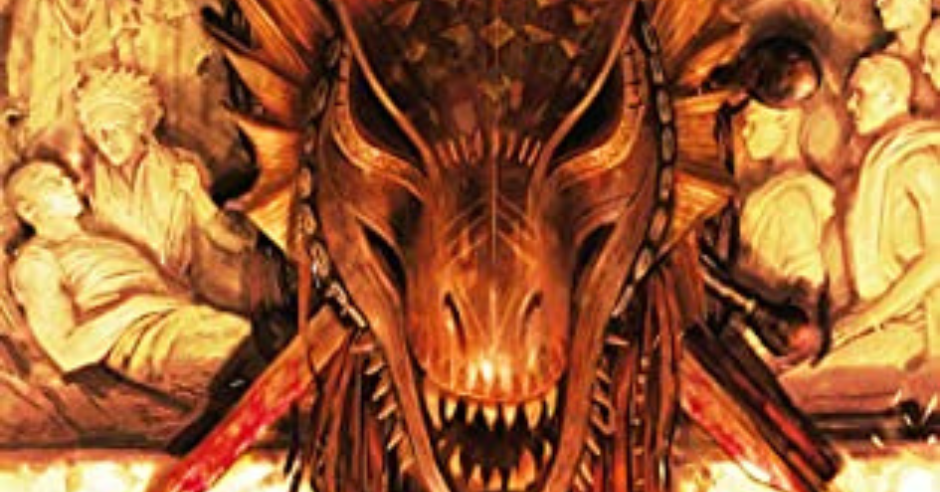 Review – The Fires of Vengeance by Evan Winter

“Where we fight, the world burns.”

Welcome my review of the second installment of The Burning series by magnificent author Evan Winter, entitled, appropriately, The Fires of Vengeance.

Winter’s first book, The Rage of Dragons, took the fantasy world by storm, winning a 2019 Reddit Stabby Award for Best Fantasy Book and was nominated by Booknest for Best Traditionally Published Novel in the same year. By now, most people who read fantasy have heard of Winter, and his acclaim is only growing with each book. After tearing through The Rage of Dragons, because frankly, it’s that kind of book, it felt like an eternity until I could read the next novel by Winter, but I finally had my chance, in #MarchoftheSequels reading month. Zero letdowns here, it was just as good as the first book.

The Fires of Vengeance picks up right where we left indomitable protagonist Tau, his Queen, the young Tsiora, and all those who follow her. After somewhat of a Pyrrhic victory where battle and death have left lands ravaged, in the wake of the mighty dragons being deployed by both sides of the titanic conflict in the battle for the realm of the Omehi, Tau is in mourning after losing his love interest, and so many noble comrades, but still very much standing. Not so much for his dear friend, the Noble Jabari.

Jabari lies horribly burnt, scarred, and tethering on the edge of life. Winter cleverly uses this convalescence by the incapacitated Jabari, to have the despairing Tau sit by Jabari’s beside, and recount the events that have gone before in The Rage of Dragons. This amounts to a very effective recap for the reader, who may have forgotten some of the events that transpired in the earlier book.

But Tau does not realize that, as he tells Jabari, while he lies in agony, recovering from his wounds (Jabari is unable to speak and respond, but can hear just fine) that Jabari will come to hate Tau, as Tau tells his friend that he killed Jabari’s brother in self-defence. Now Jabari has fuel to furnish his recovery, as he thirsts to be whole again, so he can confront and kill his former friend, and avenge his brother’s death.

Tau goes on to lead the fight to recapture Tsiora’s throne from Tsiora’s twin sister Esi. Tau, in the previous book, had been chosen the Queen’s champion, and now officially wields the two deadly obsidian blades and is adorned in the marvellous armour of the greatest warrior in the land. But as a Lesser, near the bottom of Ohemi’s caste scale, the Nobles won’t let Tau forget where he came from, and that he is beneath them, not worthy of holding the position of Champion in their eyes. But Tau’s response to this, as is his wont, is to carve his answer in blood, and nobody does this better than the Queen’s new Champion.

With his faithful sword brothers, his Ayim, by his side, once more Tau cleaves a path of death through all those who stand in the way of his Queen’s restoring to her rightful throne. This includes those who are supposed to be on the Queen’s side, but later prove treacherous, only seeking to use Tsiora’s power for their own ambitions.

Additionally, those on the usurping queen Esi’s side are also mortal enemies of Tau’s, so he has zero compunction destroying them as well, especially one noble, Abasi Odili, the object of Tau’s rage. Woe betide Abasi, for he has robbed Tau of much of what he loves, and Tau is coming for him. But Queen Tsiora’s forces are hopelessly outnumbered in the coming war to ensure she reclaims her kingdom, and defeat seems certain.

Yet Tau, who has become a killing-machine, partly because he has been entering the spirit world of Isihogo, and fighting the terrible demons who reside there, now must take some of those he cares about most to fight alongside him in that same spirit-world, if there is to be any hope of success.

The odds tell Tau and his comrades, and the Queen and her followers, will all perish. But never bet against the unquenchable spirit, lust for vengeance, and blinding sword skill of the Queen’s Champion, who fights as if he himself were birthed from the underworld. Tau cannot be denied his revenge – he will die, or he will triumph, no middle-ground. But the personal cost, this time around, may be even more than the seemingly unconquerable Tau can bear.

This book was full of amazing people, and the women were my favourites, especially Tsiora and Nyah, powerful, cunning, fearless female characters, who lit up the pages. Tau’s mother also appears, and she is incredibly fearsome. It was so interesting and realistic to see the mightiest warrior in the land shrink like a little boy in the face of his mother’s wrath, which is just as it would be in real life. All of the Ayim, Tau’s crew, were also incredible, and the villains were also thoroughly daunting, and well-drawn.

Still, Tau is the beating heart of the book, and his simple refusal to die or be defeated is something miraculous to behold. He is fueled by rage, bitterness, grief, and it is a potent mix. But I don’t believe it is a sustainable one. While it will sadden me if it happens, I can’t see Tau surviving this series, and I don’t think he’s meant to.

He’s the weapon to be used in war, the tool of vengeance, it’s his reason for being, and I can’t see him achieving much happiness in peacetime, despite finding new love, and a new reason to live for. Winter drops enough foreshadowing that Tau plans to go out on his own terms, much like one of his predecessors who was the champion to Tsiora’s mother, and also Tsiora’s father. But before Tau dies, if he dies at the end, he’s going to take a hell of a lot of people with him, over the course of the planned four-book series, no doubt about that.

Because of how gobsmacking his fight scenes are, Winter’s stupendous worldbuilding can get overshadowed. But let’s be clear, the worldbuilding is spectacular. The glossary at the back of the book is an indication of what an outstanding job Winter has done in creating the various tribes, caste system with Lessers, Nobles, etc., levels of magic users, language, military terms, colloquialisms, and other intricacies of an extremely well-fleshed out, African-inspired world.

The magic of the enraged Ingonyama, the Enragers (gifted who can siphon power from Isihogo and imbue it in the Ingonyama to make them bigger, stronger, faster), the DRAGONS, are all fantastic magical elements of Winter’s world, and just add to the dynamism of the novel.

With that world comes the compelling themes Winter explores surrounding privilege and prejudice, as Tau fights with his mouth as well as his swords, to be acknowledged, much less accepted, since he is a Lesser among Nobles. That fact is never more poignant when Tau realizes Tsiora envisions that her reign, once properly secured, will also usher in a new era, where that sort of prejudice can be done away with. Tau is dubious about this, but with his faith in the Queen, and his burgeoning feelings for her, he desperately wants to ensure her vision can be achieved.

But, if there’s one aspect of Winter’s books that will overshadow everything else, that’s his battle scenes. They are wholly visceral, chaotic, and your pulse will race through everyone, and there are enough to make you feel like you’ve swallowed a case of Red Bull. The adrenaline rush that is reading Winter’s combat sequences cannot be had in many places in fantasy. He’s one of the absolute best at it.

This book is one of the most intense fantasy books you will likely read this year, impossible to put down, immersive, savage, and wondrous. 500+ pages are going to fly by like they’re not even there, I promise you.

The Fires of Vengeance is going to make a lot of reader’s “fantasy book of the year” lists, and Winter seems destined to continue burning his way through big sales, recognition, and finding an enduring place amongst the great fantasy writers.

Read The Fires of Vengeance