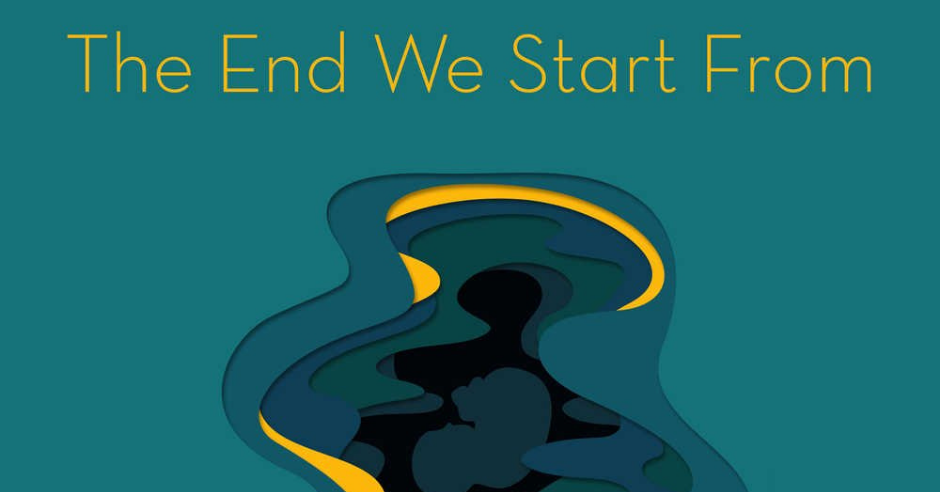 Sometimes The End is A Beginning 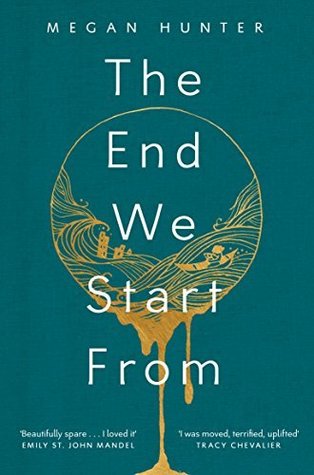 The End We Start From

“It is bad, the news. Bad news as it always was, forever, but worse. More relevant. This is what you don’t want, we realize. What no one ever wanted: for the news to be relevant.”―

Megan Hunter, The End We Start From

In the midst of a mysterious environmental crisis, as London is submerged below flood waters, a woman gives birth to her first child, Z. Days later, the family are forced to leave their home in search of safety. As they move from place to place, shelter to shelter, their journey traces both fear and wonder as Z’s small fists grasp at the things he sees, as he grows and stretches, thriving and content against all the odds.

This is a story of new motherhood in a terrifying setting: a familiar world made dangerous and unstable, its people forced to become refugees. Startlingly beautiful, Megan Hunter’s The End We Start From is a gripping novel that paints an imagined future as realistic as it is frightening. And yet, though the country is falling apart around them, this family’s world – of new life and new hope – sings with love.

The End We Start From by Megan Hunter is a descriptive but fragmented story about a dystopian Great Britain overrun by global warming floods. If you are looking for an apocalyptic type story dense with action, this is not it. Instead, The End We Start From is an exploration of motherhood that keeps the reader at arm’s length.

The story is about a group of characters, all given a letter instead of a name. The husband R and wife give birth to a baby named Z. As the floodwaters begin to rise, the scramble for shelter and flee to Scotland. Z eventually becomes ill and ends up in a hospital. R leaves due to… reasons, and the story is told during Z’s first year. It is quite the contrast of early motherhood woes and childhood milestones juxtaposed against the terror of unstoppable world events.

“We are told not to panic, the most panic-inducing instruction known to man.”

Both nature and the nurturing of a child stops for no one. Time and life must go on even in the direst of circumstances. However, the distance that the author puts between the reader and the writing didn’t allow me to connect my own experiences of motherhood with that of the mother. I wanted to empathize with the characters, but aside from well-written language and dialog, the story fell ultimately flat.

Events are vaguely described, often to the point that I felt like I was watching a school film about devastation or war for educational purposes rather than living the character’s life. I am not sure I understand the unusual choice of not giving the character’s full names. If the author intended to create even more distance between the characters and the readers, it was effective. I remained a passive observer throughout the novel.

“When I was a child, my mother told me she would die for me, of course. I asked her all the time. Tested her.”

However, on a more positive note, while the language and dialog are sparse, it is compelling and well thought out. The End We Start From has a poetic feel to it; instead of reading a short story about a flooded Britain, we read about a dystopia in verse. It is highly stylized language; some of it is brilliant, “The water rose and rose, and they could not recognize each other in the torrent, in the endless rain from above.”

In the end, this will be an extremely polarizing book. You will either love it or be baffled by it. I am sorry to say that I am in the latter camp. I could not get past the distance and lack of description. However, I recognize that this story will speak to some readers, and I recommend it for readers who want a more experimental story.

Review – The Test by Sylvain Neuvel