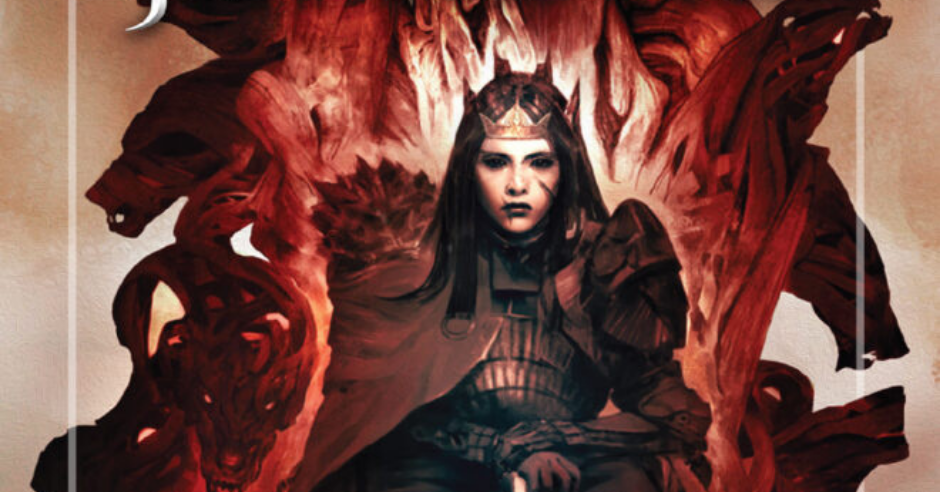 Review – The Dragon of Jin-Sayeng by K.S. Villoso

“She didn’t do it to be remembered.
She did it to be forgotten.”―

by K.S. Villoso, The Dragon of Jin-Sayeng

The stunning finale to the Chronicles of the Bitch Queen trilogy where the queen of a divided land must unite her people against the enemies who threaten to tear her country apart. K. S. Villoso is a “powerful new voice in fantasy.” (Kameron Hurley)

Queen Talyien is finally home, but dangers she never imagined await her in the shadowed halls of her father’s castle.

War is on the horizon. Her son has been stolen from her, her warlords despise her, and across the sea, a cursed prince threatens her nation with invasion in order to win her hand.

Worse yet, her father’s ancient secrets are dangerous enough to bring Jin Sayeng to ruin. Dark magic tears rifts in the sky, preparing to rain down madness, chaos, and the possibility of setting her nation aflame.

Bearing the brunt of the past and uncertain about her future, Talyien will need to decide between fleeing her shadows or embracing them before the whole world becomes an inferno.

The Dragon of Jin-Sayeng is the third and final book in K.S. Villoso’s Chronicles of the Bitch Queen trilogy. The structure of this one, more than either of its predecessors, feels like three separate books in its own right. The book is broken into three arcs, and each of its three arcs has a strong and compelling plot.

The story begins with Talyien, a captive despite being the queen, awaiting trial. They plan on a magical ritual to find out if her son, Thanh, is in fact the legitimate heir of her now-estranged husband Rayyel or not. Rayyel’s mother, Ryia, a sworn enemy of Talyien’s deceased father, arrives to demand these answers, with Thanh’s life at stake.

Of the arcs, this was my personal favorite. The stakes were obvious, it derived from Queen Talyien’s own decisions, and Ryia was a compelling and understandable antagonist.

The politics is always personal for Queen Talyien. While the politics are well thought-out and understandable, they only snap into focus as they relate to Talyien or someone close to her. Her primary, overriding desire through the series is to protect—Thanh, most of all, but she’s willing to undergo a lot to keep people safe.

The second arc of The Dragon of Jin-Sayeng involves the link between Talyien and her deceased father, Warlord Yeshin. This is the most consistent through-line of the entire book. The revelations that come with this final chapter demand a re-read of the previous books to see how everything fits together.

Talyien cannot escape what her father did, and he arranged events that would ensure a legacy as royalty for his child and grandchildren. Many of these acts were atrocities; all of them benefited Talyien, who has to confront that, as well as acknowledge that her father may or may not have loved her but he certainly used her for his own ends. Even many of the soldiers and servants who should be hers, as Queen, seem more loyal to her deceased father.

Her greatest triumphs come from those few close allies she’s managed to make loyal to her. The book is always at its sharpest when it ties in with one of her three major romances—Agos, Rayyel, or Khine. The relationships always feel messy, honest, and raw. They are all poor decisions in their own ways, and yet Tali’s characterization always makes all of them make sense. Villoso is an absolute master at fleshing out character dynamics, including uncomfortable ones.

If The Dragon of Jin-Sayeng has a flaw, it’s the final villain, a man of great power and greater petulance. Compared to Ryia and Yeshin, he feels more like a bully than a Machiavellian schemer. Perhaps this is simply because the other antagonists had such a strong presence. He was also always a more external threat than the others, who were family by blood or marriage.

‘Sharp characterization, clever dialogue, and intricate politics. The Dragon of Jin-Sayeng is a strong, striking conclusion to a wonderful trilogy.