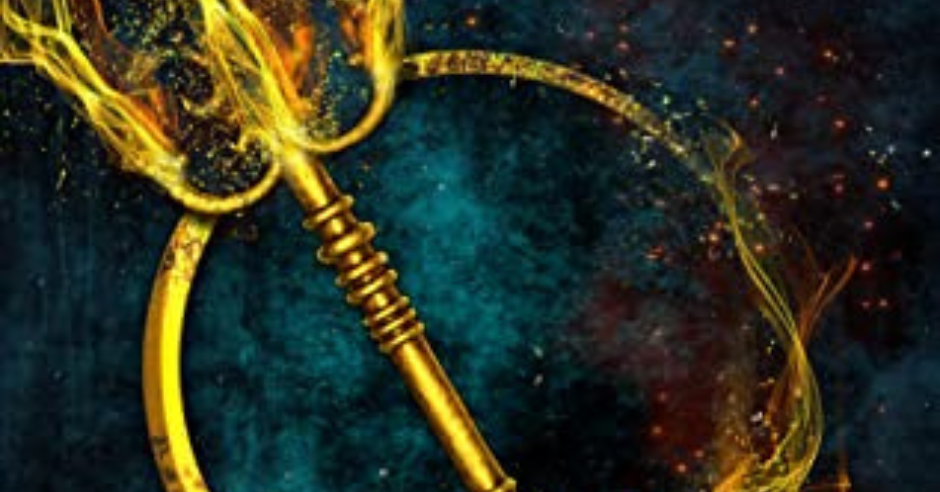 “You can be 100% sure I will be reading The Iron Crown as soon as I can, because as soon as I finished this novella, I wanted the next book. That’s a win for L. L. MacRae right there.”

Further to diversifying my fantasy and sci-fi reading, I have been dipping into some novellas, a medium of books I haven’t really given a chance in the past. Novellas that precede a full-length book, or series of books, have really begun to interest me. The chance to enter a new world, to get a taster of the mood and tone of the author is a wonderful thing and novellas are the perfect way to do that for me.

After the February She Wrote event, I came across L .L. MacRae’s novella, The Citrine Key, and knowing there was a series of books to follow, I dove straight in and devoured it over a morning.

Following the characters of Apollo, a life-long thief, Malora, his loyal friend and Yorik, an inmate that Apollo barely knows, they are charged under threat of execution, by the mage-queen Surayo, to deliver a mysterious gift to a powerful dragon spirit known as Paragos.

L. L. MacRae immediately captured my imagination and I was drawn into this world from page one. The enticing nuggets of information on the world’s races, cultures, beliefs, and magic system overlay a wealth and depth of world-building I am dying to find out about in the novels. That anticipation is more than enough for me to want to read more from MacRae.

The character of Apollo really intrigued me. Again, L. L. MacRae, dropped in enough history through conversations and well-placed exposition, to hint at a character who has undergone a lot. He has been deeply affected by what has gone before, his motivations and emotions are very much entrenched in his past. His sense of humour and tenacity were very appealing qualities and I quickly came to like him.

Malora, who shares a lot of history with Apollo, is also very well fleshed out, her personality shines through and I wanted to get to know her more! She has also lost much, particularly her magical heritage and if we are given the opportunity to look deeper into that, I am all in.

The environment of the world, the characters themselves, and their religion are all inextricably entwined with this universe’s magic system. Magic permeates through this novella like a heart pumps blood through the body and this feels as though its important to the author to get that across. You don’t just read that. You feel that.

Finally, MacRae’s approach to dragons, a creature that has been reimagined and done many times over in the fantasy genre, feels completely new and refreshing to me. Taking this fantasy trope and moulding it into her own invention, really excites and intrigues me. I am sure the spirit dragons will play a large part in the novels and its an aspect I very much look forward to revisiting. Again, the depth of world-building that hides beneath this novella is what excites me the most.

You can be 100% sure I will be reading The Iron Crown as soon as I can, because as soon as I finished this novella, I wanted the next book. That’s a win for L. L. MacRae right there.