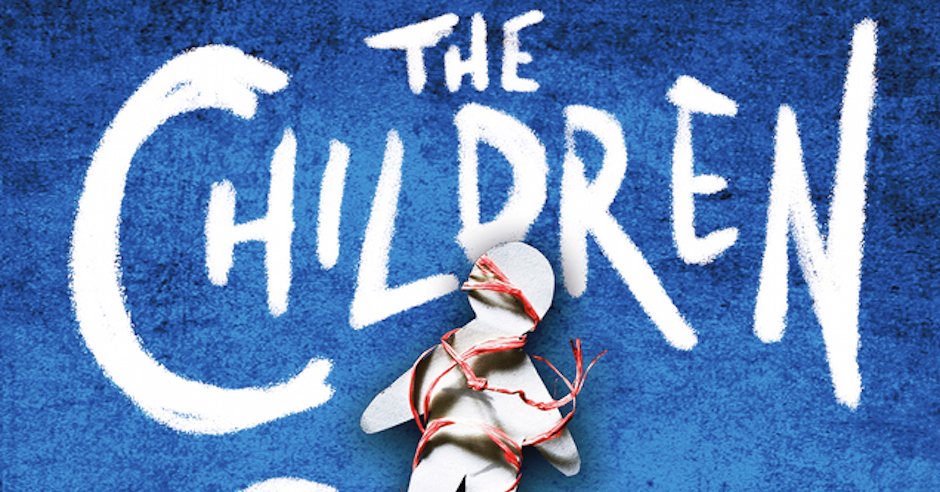 “How much worse could her life become, if she wasn’t even allowed to die?”

The Children God Forgot starts with pain, visceral stabbing pain in a woman’s belly. The woman in question wakes up in the hospital, completely confused. She finds out she is pregnant, which is impossible. There is no way that she could be pregnant: she had an abortion three months ago. The doctors perform an emergency c-section and deliver a horrifically malformed fetus.

One that could not possibly be alive, but it is. This idea of the impossible being possible has a very Lovecraftian feel to it and permeates every page of The Children God Forgot. Then as the story progresses there is a rash of strange births and pregnancies that sweeps through London.

Simultaneously, while London experiences strange births of malformed fetuses, a sewage engineer named Gemma, the owner of the sewage company she works for, and the cameraman make a routine check-in a section of London’s sewers. As they travel through the engulfing and claustrophobic darkness of the London underground, they discover a fatberg.

A stony mound of toilet paper, and grease that has solidified into a substance, not unlike concrete clogging the sewer flow. They also find a women’s severed hand floating in the refuse.

Immediately upon discovery of the severed appendage, chaos happens, lights flash, electricity arcs around them in the oppressive dark, and the three workers are thrown into utter and complete darkness while waist-deep trudging through human waste. To say that the moment is something of nightmares would be an understatement.

Up ahead around the pipe bend, the three workers can see child-like figures glowing amongst the waste. These child-like figures are made of claws and are horribly and inhumanly disfigured. They move with lightning speed. The group makes a run for it, and all make it out except for Gemma’s boss, who disappears only to be found later with his legs amputated and his eyes ripped from the sockets.

This alerts DC Jerry Pardoe and DS Jamila Patel of the supernatural squad team up once again to delve into what is lurking in London’s sewers with the help of the above-mentioned sewer team.  Will there be more bodies, more disfigurement, and horror? Of course, there will be more. Because Masterton will be Masterton. He is the author that pokes at all those uncomfortable psychological places in his reader’s minds.

And much like other books in his catalog, it won’t be just one type of horror. He makes you squirm and scream internally. You wonder just how far he can go.

I think that you could have a solid horror story of just the sewer section of the book. The claustrophobic feeling he evokes is terrifying. But, there is a robust supernatural angle to The Children God Forgot. What are these things that look like malformed children, and who is the woman with the knives that keeps appearing?

Unfortunately, I will have to stop the description there because it will give it away if I say anymore. Imagine something like The Strain, but with occult vibes taking place in a sewer. Now top it all off with a police procedural, and you won’t be far off because at this story’s heart is a solid case that needs solving.

The supernatural squad is a competent duo. There is no flash with them, aside from wanting to get to the heart of the case. They appear together in the novel Ghost Virus; if you have read that, you will be familiar with the pair. However, reading the previous novel in no way affects your enjoyment of this one.

The Children God Forgot will not be for everyone because this is some deep body horror. It is terrifying. I’d put some trigger warnings, flaying, abortion, claustrophobic spaces; there is a lot. If you can’t make it through the first three chapters of this book, you would not like what is in store later on. It only gets scarier, darker with a lot more gore.

I love horror, and even I had to put the e-reader down now and then. Because, wow, some of these scenes are dark as hell. A particular scene included one of these monstrous fetus-creatures eating a cat and tearing it apart with a cracking sound of a broken rib cage—bits of fur flying everywhere. You get the point.

If you love horror of all sorts and want to be scared, The Children God Forgot is for you. Masterton is a master of writing horror. If you are new to his books, congratulations, you are in for a hell of a ride! Some of these scenes will be burned on your brain as if Masterton used an actual branding iron, but I promise you will recover from the cat scene and a few others soon.