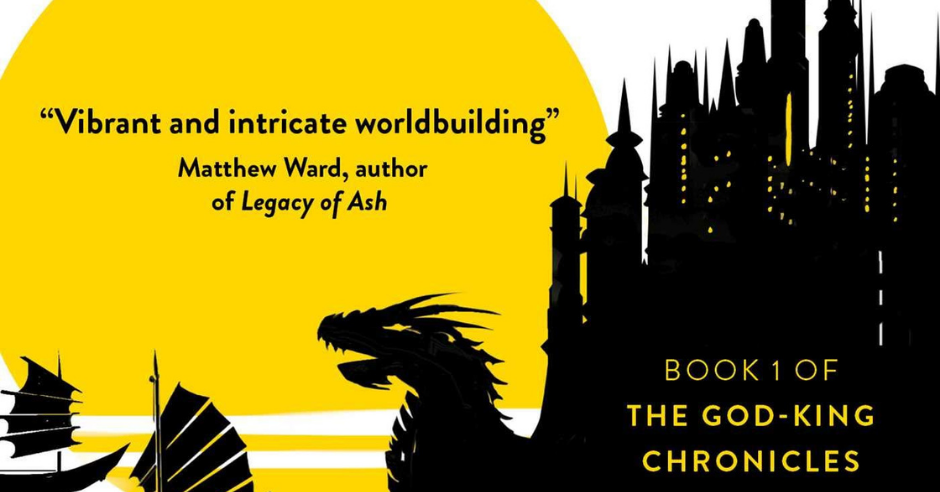 I will now make it my mission to have as many people read this as possible.

The Black Coast is the start of a series filled with war-dragons, armoured knights, sea-faring raiders, dangerous magic and battle scenes.

When the citizens of Black Keep see ships on the horizon, terror takes them, for they know who is coming: for generations, Black Keep has been raided by the fearsome clanspeople of Iwernia. Saddling their war dragons, the Naridans rush to defend their home only to discover that the clanspeople have not come to pillage at all. Driven from their own homeland by the rise of a daemonic despot who prophesies the end of the world, they have come in search of a new home. Meanwhile, the wider continent of Narida is lurching toward war. Black Keep is about to be caught in the cross-fire of the coming war for the world – if only its new mismatched society can survive.

This book is SO GOOD. Brooks uses three distinct societies to demonstrate how those seemingly diametrically opposed to each other can reconcile differences if the proper effort is put forth. We follow an adopted son of a lord, a raider chief, a god-king’s sister, and a street-smart thief as they navigate a world that pushes them out of their comfort zones. Throw in a world populated by dragons reminiscent of How to Train your Dragon, and fantastically written battle scenes, and this book was just a joy to consume.

Outside of this main theme of intercultural connection, the political machinations and moving pieces put in place for book two have me so excited to continue this series!

The finale of this book was a little too perfectly tied up for my taste, but that one flaw wasn’t enough to take away from the other 600 pages of pure enjoyment I got from this book.

I will now make it my mission to have as many people read this as possible.

Review – Among Thieves by M.J. Kuhn

Just a Booktuber living in Japan :)