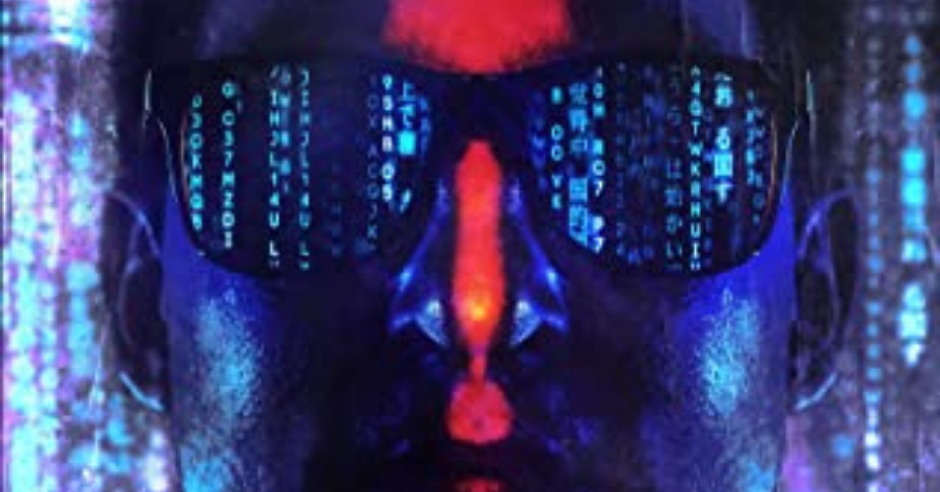 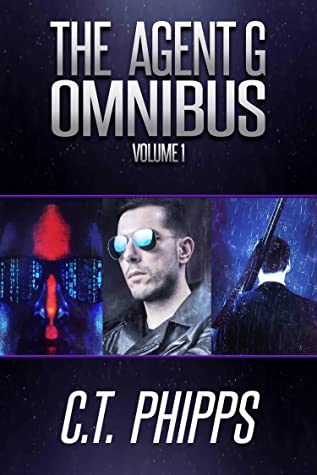 “Black Technology has made murder a billion dollar industry.”

The International Refugee Society has twenty-six cybernetically enhanced “Letters,” and for the right price, they’ll eliminate anyone. They’ve given up their families and their memories for ten years of service with the promise of a life of luxury awaiting them.

Agent G is one of these “Letters,” but clues to his past are starting to emerge while he’s on a dangerous mission to infiltrate the Society’s most dangerous competitor. In the midst of all the violence, subterfuge, and deceit, he’ll need to keep his wits about him and trust sparingly.

After all if an organization will kill for money, what would they do to keep the truth hidden?

The Agent G Omnibus contains the first three volumes of the Agent G series (Infiltrator, Saboteur, and Assassin). Follow G as he slowly unravels the truth of his past, the conspiracy behind the International Refugee Society, and his allies. The Agent G series follows the transformation of our present-day world into a terrifying cyberpunk future as man merges with machine.

I’ve always been a fan of omnibus editions. The idea of getting multiple books for a lower price just sings to my Scrooge McDuck side. When I heard one of my favorite series was made into an omnibus, I knew I had to share it. It’s definitely worth the cost and the time to read. 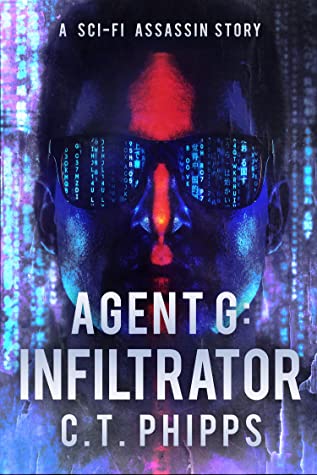 The story revolves around Agent G, an assassin who works for the Society, a charity front that arranges high tech assassinations for large sums of money. If you have the money, they have the assassin for you! Assassins, named A to Z, are mind wiped, and are told they will be well paid and get their memories back after 10 years of service to the Society. This is the scenario G finds himself in. All the agents are cybernetically enhanced, both mentally and physically, and have beyond imagination black technology, real secret squirrel stuff.

This is the situation G finds himself. After he is ambushed at the Boston airport by a rival organization, the Carnivale, during a recall of all Society agents, it is discovered the Society has a mole in its midst. The mole is uncovered, and G is tasked with infiltrating the Carnivale and assassinating its leader, the Caesar and his daughter, a killer assassin in her own right. What commences is a wild ride of betrayals, plans within plans, gunfights, killer cyborg duels, torture and discovery for G, as he discovers more about the past that was wiped from his mind. In the end, he finds who he can really trust, and it’s not who he expected. He has to decide what he really wants to be, and if the price for being that person is worth paying.

As always with a CT Phipps book, the story is very character driven. Whether its G, who is conflicted on many levels, his handler Marissa, with a shady past G is only becoming aware of, Persephone, the shadowy ice queen director of the Society or even the Caesar and his children, the characters are well defined, their actions making sense in context with their characters. They are fleshed out in subtle but important ways, being much more than just two dimensional cardboard cutout stereotypes of spies, assassins and villains. The setting is interesting, with locations and action occurring around the world. The dialogue is also crisp, swinging between serious and snark easily, depending on the situation. The story never lags with unneeded exposition, keeping a taut thriller feel. 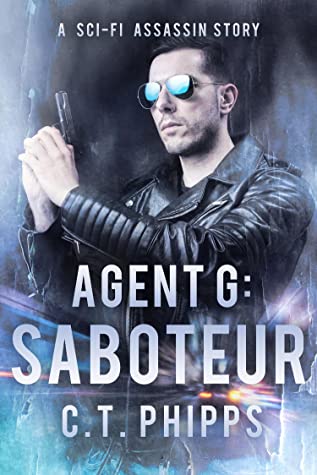 As I’ve said before, with a second book, the second book in a series, especially with a really good book like Agent G: Infiltrator, can sometimes be a letdown just because the first book set such a high bar. In this case, that’s not the case at all, since Agent G: Saboteur is fantastic, an original story that expands on the characters and story from the first book but takes it to the next level.

After Agent G broke the back of the International Refugee Society, the secret murder for hire group he was created by (yes created, since he’s cloned cyborg), he has been working for a secret black ops team of the US government trying to finish off the remnants of the society, as well as get a hold of their staff and assets. This is where the book starts, as G para-drops onto the mountain base of one of the Society’s remaining leaders. His parachute malfunctions, and he is forced to improvise a landing he can survive in an amazing hair raising scene. This pretty much sets the tone for the rest of the book, as he fights his way through the defenses of the fortress and completes his mission with extreme prejudice, which includes getting the the Society’s revolutionary AI and one of their best technicians.

Returning to the local airfield, G confides to his handler that his equipment was sabotaged, and he knows he cant trust anyone. After figuring out who on his strike team betrayed him, he interrogates him, finding out that G’s ex wife, S, a deadly letter assassin herself, was responsible. This starts a wild series of events, since there is betrayal after betrayal as G and his team try to get the last of the Society finished off. What they don’t know is there is a mysterious group opposing them, led by a face from G’s life he never expected to see, that can derail all his plans.  This leads to the penultimate showdown with this threat, where more than just G’s life is at stake. In fact, at the end of the book, events happen that change the world forever!

Like the first book this is a very character driven book. The various letter assassins, all trained the same, are nevertheless very different people (well, cyborgs). G’s story comes full circle, as he goes from brainwashed Bioroid cyborg (that term comes into play in Mr. Phipps Lucifer’s Star series) to free thought revolutionary. His act at the end of the book that changes the world as they knew it shows just how divorced from that life he had become. The various character interactions, the dialogue, is all crisp and well thought out. It just feels natural. These characters just feel real, even if the do the most fantastic things. The villains are excellent, especially the surprise villain at the end. You really get to loathe them and what they stand for, which is what any author should hope for.

The settings, whether a mountain fortress in South America, a set of high rises in Asia, or a ranch in Texas are all well thought out and described. You really get a visceral feel that you are there, on the ground, right in the thick of things. You can almost feel the heat of the ranch, smell the blood and gunpowder. This is common across his books, so it’s no surprise.

This leads to the plot, which is intentionally steering the series from sci-fi spy thriller to cyberpunk. Its a good shift that flows naturally from the decisions made throughout the books roller coaster action scenes. 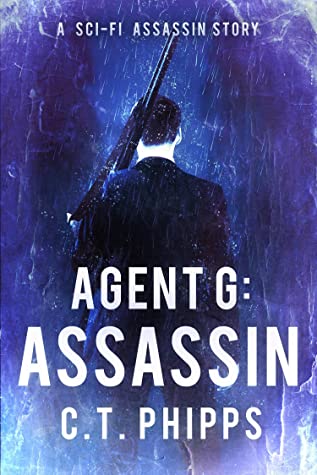 When the super volcano in Yellowstone erupts, the world is thrown into disarray with the resulting climatic, societal and economic chaos. After a massive die-off of the worlds populations, society is just getting back under something resembling control. The governments are massively weakened, while the multinational corporations are massively powerful, basically using the governments as puppets. Many people live in arcologies, trading in freedom for the illusion of security. Case also released all the Black Technology that had been kept from the world through the AI known as Delphi, resulting in even more societal changes, as the advanced tech made whole industries obsolete.

Ten years into this new paradigm is where we find Case, formerly Agent G, assassin for the International Relief Society. He is now chief security executive of The Atlas Corporation, the worlds premier security company. Working with Lucita and Agent S, former lovers and assassins themselves, Atlas tries to mitigate the worst excesses, while also turning a massive profit. When another former lover, Claire, involved with an advocacy group, H.O.P.E, which has a radical violent element, gets involved in a mission to find the mythical Black Dossier, which is supposed to have the deepest dark secrets of all the corporations and their executives, from every dirty deal made to what depravity the executives engage in, Case as to make some decisions where his loyalties lie.

Case and Claire begin their hunt for the Dossier, which is complicated when Marissa, Case’s former lover/handler/enemy, gets involved in the chase, as well as Case’s Society nemesis, Agent A,  the best of the Letter cyborg assassins. Their involvement complicates things a great deal, as the Dossier contains in information about medical Nanotech, which is of particular interest to Agent A. So interested in it, in fact, that he will kill anyone in his way to get it.  This all leads to a wild series of events, as Case must face some painful parts of his past as he tries to keep millions more people from being harmed by information contained on the Dossier, and Case and Claire must work to keep their worst nightmare coming true, killing millions in the process, resulting in a climactic final showdown.

Like all CT Phipps books, the Agent G series is all about the characters first. We have seen G, now called Case, go from a remorseless (well, mostly) cyborg assassin to a person who cares about more than just where the next contract is coming from, that is willing to make sacrifices for those he loves. His evolution as a person is one of the key selling points of the series. The secondary characters are also given lots of attention as far as building them into believable characters, especially with the huge changes the world has gone through. The introduction of Agent A was a bit unexpected, but he paid off in the story. Marissa and Claire Had especially wide arcs, and their character development survives a lot of turbulence, both of which the readers can really appreciate.

The world which Case helped create with his release of Black Technology is the amalgamation of every cyberpunk world. Corporate oligarchs run the world through weak puppet governments, while the poor have either died off, or are forced to live in archologies where they surrender freedom for a feeling of security. The only alternative is live a hardscrabble life in the slums where life comes cheap.  While the world building doesn’t reinvent the wheel, it does show a deep knowledge of and appreciation of the genre, without being so outside recognizable that non cyberpunk fans cant get into the story.

Any time a series make a huge change in plot line, it can result in a a disjointed story. Fortunately, that’s not what happened here. The shift to a cyberpunk future creates more storytelling opportunities, and I have the suspicion CT Phipps will take full advantage of them. I can whole heartedly recommend this story to a wide variety of fans.