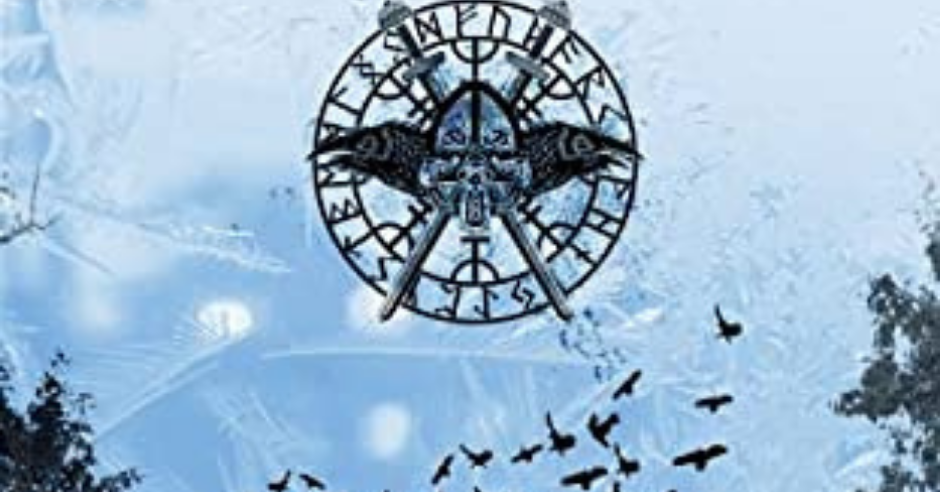 WARNING*** Although this is a review of Book Two “Sundered Souls”, this review contains potential spoilers for Book One of Tim Hardie’s “Brotherhood of the Eagle” series entitled “Hall of Bones”.

Tim Hardie’s “Hall of Bones” is an exceptional, Norse-Inspired fantasy that for some reason had snuck below the radar of some readers of this type of book. No longer. “Hall of Bones” is now a finalist in Mark Lawrence’s Self-Published Fantasy Blog Off (SPFBO7). So, with this type of recent acclaim, the word is officially out now for those epic fantasy fans who were not aware: Tim Hardie is an outstanding author.

I believe one of the most difficult accomplishments for a writer is to make the second installment in a series better than the debut. As excellent as “Hall of Bones” was, Tim Hardie delivers an even better book with “Sundered Souls”.

The novel picks up where “Hall of Bones” left off. The Brotherhood of the Eagle, considered a rogue army by some, has discovered an ancient malevolent force that is the true danger to their beloved land of Laskar. This force is driving the events we say transpire in “Hall of Bones”, where Adalrikr Asmarrson, the self-proclaimed King in the North, has conquered swaths of land in Laskar, including parts of the strategically-critical fortified land of Reavesburg, through Adalrikr’s Vorund Clan.

The King of the North and has vowed to destroy all who don’t bend knee to him, and those who stand in his way of complete domination. The sinister fact is that Adalrikr also controls the Durath, wraiths who peddle in people-possession. The Brotherhood of the Eagle are the only ones who understand the dangerous, heinous magic being wielded by Adalrikr. The Brotherhood must convince rival clans – who believe they are only fighting mortal enemies led by Adalrikr – that the evil ruler must be defeated at all costs, to save the entire land from a fate far worse than merely conquest.

Johan Jokellsward, called the “Landless Jarl”, a redoubtable lord, leads The Brotherhood, which is a tough but rag-tag, transient band of soldiers, civilians, and refugees, which internally must battle mistrust and suspicion, as deep clan loyalties cause potential for divisiveness. Johan relies primarily upon the main protagonist, former Reavesburg nobleman Rothgar Kolfinnarson, as his chief advisor, along with the extremely aged crone Etta, who used to be the main counsellor to Rothgar’s father.

Rogthar, who at one time was a capable warrior, crippled by the Vorund Clan, is able to contribute Johan’s aims in other, even more important ways than battle. Rogthar, taught by his friend, the mage Joldir, can use “The Sight”, whereby he can access the thoughts, perceptions, and experiences of others. This talent is invaluable in combatting Adalrikr and the Durath.

But Rotghar is beset by peril. The son of the former chief of Reavesburg worries about his sister Nuna, seemingly far away from the main war, but in jeopardy due to those with magical powers and unknown motives, who surround her. Rothgar is also stalked by the witch Nereth, who holds a personal vendetta against Rothgar, and Nereth won’t relent until all Rothgar cares about is taken from him.

Gautarr Falrufson, a former rival of Rothgar’s, is the leader who occupies what used to be Rothgar’s home. Gautarr is besieged by Adalrikr’s troops, and Johan wants to join his men with Guatarr’s to vanquish the enemy. The question becomes, will Gautarr and his men – and Johan’s, including Rothgar – be able to put aside old quarrels, to unite and defeat their common foe?

Sundered Souls maintains all the best elements of “Hall of Bones”, but Hardie ratchets up the tension by several degrees. All of the bitter feuds, contention, and vying for clan supremacy, continue, in the backdrop of needing to come together and eschew such petty fights to face the greater existential threat. There is a constant, lingering dread hanging over the novel, as readers will worry that bickering and animus will torpedo the humans’ ability to defeat the spiritual army of Adalrikr. The personal grudges and political jockeying is extremely well played out by Hardie.

So skillfully, in fact, as dare I say he could approach the great G.R.R. Martin in the distant future. Yes, high praise, but I believe Hardie has that kind of ceiling as an author, and he writes that kind of book, with a grandiose feel. Few writers do warring factions, rife with unexpected consequences, betrayal, and high stakes, on an extremely epic scale, better than Hardie.

As a huge fan of political intrigue and feuding sides, replete with rich history and genealogy, I am now a officially Hardie fan for life, and this was the aspect of the novel I loved best. On an aside, I strongly recommend the reader refer to the excellent character list and breakdown of the clans, and who is on whose side, provided by the author, in the back of the book. GRRM would no doubt admire this feature Hardie has provided, to keep the reader from potentially being confused.

Hardie’s worldbuilding is fantastic, balancing exquisitely the supernatural and the “real”. The prose is smooth, and beautiful, and Hardie’s exposition and evocative writing is just the right touch to keep the reader feeling they are immersed in a fully realized world and its surroundings, while still being “in the moment” of all the action. It’s difficult to pick up book two in a series without reading book one, but I admired Hardie’s ability to provide enough salient information (but not too much) about prior events in “Hall of Bones” so that a reader could literally pick up book two and have an understanding of what has gone before.

The character development is excellent, truly building and improving upon what was provided in “Hall of Bones”. The main character, Rothgar, slowly comes to accept his new circumstances, his limitations, his unique role to play in the war, and what he can do with the newfound abilities he possesses. He matures, shows off his political acumen and savvy, while remaining quite human, capable of being impetuous, petty, doubting, and making mistakes.

The adroitness of Hardie dealing with Rothgar’s disability, the new agency (and introduction of additional) of female supplementary characters, and weaving all the emerging character arc threads together (with a lot of characters who encounter each other after some time apart) really shined in “Sundered Souls”. With such a sprawling cast, those who are not a fans of huge amounts of characters may be a bit discouraged, but Hardie keeps the scenes intimate enough that the character list feels smaller than it is. All the characters, heroes and heroines, villains, and everyone in between, are very well drawn and believable, as are their positives, faults, disputes, and desires.

I must speak about the book’s great pacing. The narrative drives relentlessly forward, while all the juicy details and intriguing plot threads I wanted to be expanded on, were discussed to my satisfaction. And that narrative is headed towards a brutal climax! The book’s concluding chapters are pure dynamite!!!! The end is bloody, thrilling, and will leave you speechless!!!

“Sundered Souls” is a wonderful book, easily a five-star read, and I feel it cements Tim Hardie as a fantasy star on the rise. Without question, I will be buying anything Tim Hardie writes, and confident I will immensely enjoy it, as I did “Sundered Souls.”