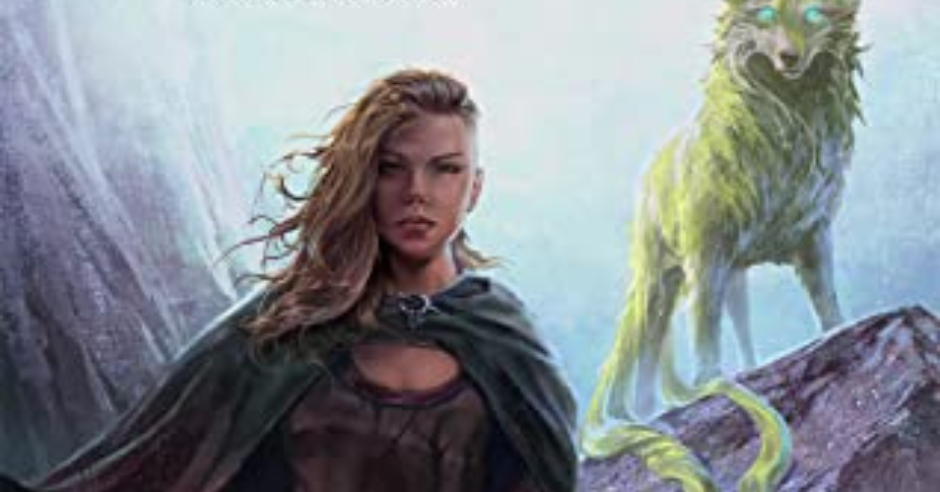 Threadlight is turning out to be a watershed fantasy series.

Award-winning fantasy author, SPFBO/BBYNA Finalist, and winner at Indies Today Best Fantasy, Zack Argyle has become a darling in Indie fantasy circles. Racking up tons of glowing reviews, to accompany the numerous awards, his debut novel Voice of War put him firmly on the map, big-time, as an author to watch.

Now, the sequel, Stones of Light, in my opinion, has catapulted him into must-read territory for those who love fantasy. I read Stones of Light as one of the books in my #MarchoftheSequels reading month, and boy was it incredible!

The story continues, right where Voice of War left off. Argyle takes the reader back to the continent of Arasin, where things have turned disastrous. The Apogee is finally free, and that means there will be pain, blood, and death. Chrys Valerian, the main protagonist from the previous book, devoted father and husband, and former Alchean High General, has lost control over the malevolent spirit that has lurked hidden in him, biding its time, waiting to break out, for some time.

Chrys let the Apogee take over in order to save his family and innocent people, but the intended consequences have wrought the opposite effect. Now the Apogee is ready to rampage, kill anyone who stands in his way, and find his way back to his origins, taking Chrys unwillingly along for the ride, and further away from Chrys’ wife Iriel and son Aydin, whom he treasures above all else.

Grieving over the separation from his family, and wracked with guilt for abandoning them, Chrys will have to summon all his courage and fortitude to face what the Apogee has in store for him, and being able to live so he might have a hope of reuniting with Iriel and Aydin one day.

Laurel, meanwhile, the former Fairenwild runaway and threadlight addict, after nearly dying of a grievous injury, has lost her ability to command the potent magic. Recovering from her wound, she is completely despondent. But Sarla, a scientist and associate of the leader of the Bloodthieves – the scheming and dangerous Alabella – inserts herself in Laurel’s life. Laurel, in her desperation to regain her talent, is willing to risk death, just to feel the threadlight coursing through her veins, and be able to harness it, as she had in the past.

Alverax, once of Cynosure, the mysterious character the reader only had a limited and late introduction to in Voice of War, also returns in Stones of Light, in a much more significant role. After the battle in the Fairenwild, the former Bloodthief turned hero, accompanies the Zeda clan, along with Iriel and Aydin, as refugees to Felia, seeking a new home. There, danger, intrigue, seemingly a startling new destiny, and massive responsibilities that the last Obsidian threadweaver may not be ready to bear, await him.

Argyle does an amazing job with characterization in this novel, and I loved how he teased out much more in terms of the attributes of primary characters in this book compared to the previous installment. Laurel, in particular, who is probably the most unlikable (and interesting), to me, of the three leads, got some great scenes in this book that really emphasized her complexities. And Alverax, whose character obviously had big things in store, but we didn’t quite know “what” big things, was far more relevant in this book.

We get some great new tertiary characters, like Roshaw, Jisenna, Relak, Osinan, and the old blind man. Ones that figured prominently in Voice of War appear too, like Willow and Luther. All these secondary characters are inserted deftly into the narrative, and based on the ending crafted by Argyle, many of those characters will have HUGE parts in the next book.

The theme of found family, and fighting one’s way to rejoin actual family, plays heavily in the book, along with the themes of revenge, and accepting accountability for one’s actions. The main characters: Chrys, Laurel, and Alverax, are pushed close to either their physical or emotional limits in this book, past anything the reader previously witnessed them encounter in Voice of War.  What are they willing to do to accomplish their aims, and who are they willing to kill, or to sacrifice – including themselves – to protect those they love?

Argyle’s prose may not be baroque but by no means is it trite, and unless one prefers the more ornate variety of writing (I do, but I really enjoy Argyle’s prose), I believe many will find it’s just right. There were some absolutely beautiful passages and the simplicity and overall readability of the work was marvelous.

“‘The world needs hope, and the truth is often at odds. So, for the greater good, we lie, and we say that the world is one way when it is in fact another. But when it brings them hope and gives them reason to live a good life, we pat ourselves on the shoulder. Perhaps, over time, we even begin to believe the lies ourselves, because hope is sweet, and the truth can be quite bitter.'”

The worldbuilding is expertly done, a light touch, but detailed enough to keep you in the location and mood of each respective scene. The magic system and creatures are phenomenal. The chormawolves, corespawn, the wastelanders, and freaking huge monster apes like Xucan were all awesome features. And, have the Heralds – the gods themselves – returned? But it all starts with threadlight, the different types of threadweavers, and the astounding power they wield. I love the intriguing magic system in this series!

The book starts off with a bang, and the action rarely lets up. The pace was absolutely frenetic in especially the second half of the book, as the subplots are meshed together seamlessly into one and all the main characters are in the same orbit. The twists and turns in the plot are breathtaking, as the reader will be nail-biting to see what is coming next.

There are some completely shocking reveals, and true connections come to light, plenty of thrilling battle and action pieces, and get ready to have your heart ripped out, or to cheer at the demise of detested villains. Characters that you care about, and those you despise, WILL die, deservedly or undeservedly. Argyle’s knack for making the reader care about his characters has certainly not dissipated from his previous book.

This book is only around 350 pages, and it reads quite fast, but it feels like a bigger book. The writing is clean and tight. Everything is blended so adroitly in Argyle’s books: dialogue, exposition, worldbuilding, magic, action, that he can pack what is normally a 600 page book into half that. Argyle has a great formula going, and the proof is that readers are eating it up, the reviewers and bloggers are wowed, and his book releases are highly anticipated.

Threadlight is turning out to be a watershed fantasy series. And, although his career is just getting started, when one considers all the accolades already earned, and the quality of his current writing, there is no doubt Argyle has established himself as a bona fide fantasy star with this second book.

The best compliment I can pay to Argyle is that he has ENORMOUS potential as a writer, and the iconic Brandon Sanderson might be the ceiling we are talking about when it comes to how far Argyle could elevate his craft.

I can’t wait to see if he achieves those lofty heights (or beyond), and the rest of the fantasy world is also no doubt eagerly waiting to see too.