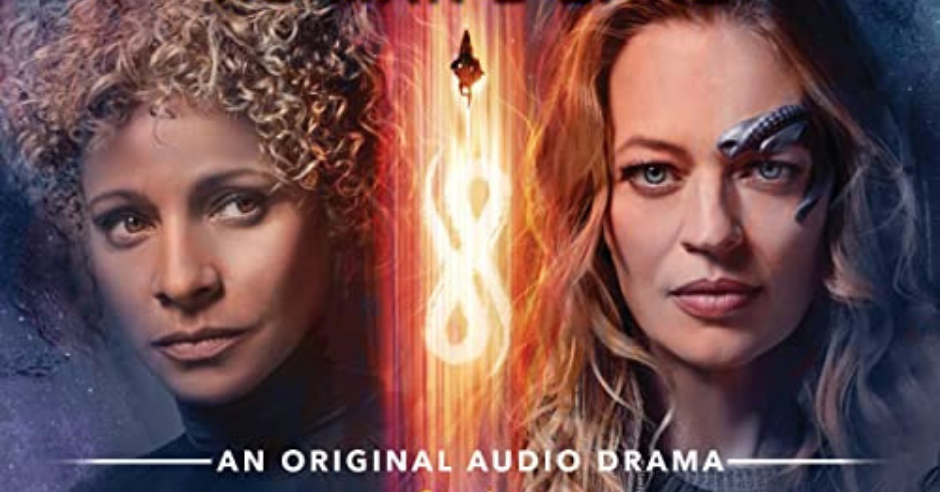 STAR TREK: PICARD: NO MAN’S LAND is a audio drama that is about an hour and a half long as well as primarily done by Michelle Hurd alongside Jeri Ryan. There are plenty of other cast members, though, and it is written by Star Trek mainstay Kirsten Beyer. It is something I immediately bought despite not liking audio dramas generally and much preferring the printed page or more traditional audiobooks.

This is because I’m fantastically in love with STAR TREK: PICARD’s setting. Not necessarily the show itself but the world it envisioned for its first season. The Romulan star has exploded and a great star empire has fallen. The Neutral Zone has collapsed into chaos and there’s now feuding warlords fighting it over territories without a unifying leader. There’s the Fenris Rangers, Qwat Milat, seedy criminals, and a Federation that has absolutely no desire to get involved.

My reasons for loving this setting are basically the same as my reasons for loving an RPG setting: it is absolutely full of all manner of fun for characters to get into. It is dangerous, sexy, and interesting politically. There’s no coincidence similar ideas were explored in STAR TREK ONLINE’s Romulan campaign as well as the much-earlier STAR TREK: NEW FRONTIER novels that were a massive influence on my own Space Academy books.

Unfortunately, for all my love of the setting, Star Trek: Picard doesn’t spend much time in the former Neutral Zone. Instead, we deal with a couple of baddies and then it’s off to deal with other problems. It’s part of the reason I want a FENRIS RANGERS or STAR TREK: SEVEN’S NINE series set in the place. You could really get into the interesting politics and intrigue involved in a power vacuum and whether a tyranny is worse than anarchy.

No Man’s Land is a pretty short story to cover all of this and I would have easily read a Kirsten Beyer-written novel about this subject. I’m still hoping for more information on the former Neutral Zone in the upcoming novel, Second Self. However, I should note this novel isn’t actually the lengthy guide to the setting of Picard I wanted but primarily a short adventure (probably novella length) that primarily deals with Seven and Raffi’s relationship.

This is arguably the best part of the novel because there’s absolutely nothing obscure or hesitant about depicting Seven and Raffi’s relationship. They are romantically interested in one another, want to pursue a serious relationship, and the only thing standing in their way is years of emotional baggage. They don’t erase the fact both women are bisexuals either but portray that upfront while making it clear it’s not an impediment to a long-term relationship as some queer-phobic media has.

I like the depiction of the Fenris Rangers as a contrast to Starfleet. They’re an all-volunteer force that is underpaid, underfunded, and do not have much in the way of equipment for their task. Nevertheless, they try to do the best they can and their primary goal is to protect refugees from the rampaging forces of the former Romulan military as well as aristocracy.

Everything else is a kind of straightforward TOS or video game plot. There’s an insane Romulan nobleman, a Maguffin that grants immortality, a madman who can lead the way, and a twist ending that was pretty telegraphed but still satisfying. The performances are great and we do get to see the Fenris Rangers in action. I also like the supporting cast, which adds a nice bunch of comic relief without being ridiculous. Sadly, I think the book could have been at least an hour or two longer without wearing out its welcome.